Under the motto “Space, Spirit, Splendor,” 1960 Chevy Impala received new features like an electric brake parking light, electric clock, and back-up lights. Cruise control and a six-way power seat were also among the newly added elements. Let’s not forget the “Speedminder” – a short-lived, but useful feature that would buzz when the driver exceeded a pre-set speed limit. The Chevy design team also replaced the flamboyant cats’-eyes-resembling tail lights with the more traditional round lenses.

The car has gone through numerous iterations since its inception. The Impala models today look nothing like their predecessors. But because the Impala adapted so well to ever-changing times, it managed to withstand the test of time. We will not exaggerate by saying that it’s one of America’s most iconic and loved automobiles.

As an auto transport company that specializes in classic car shipping, we feel so lucky and humbled to handle classic icons like this beautiful 1960 Chevy Impala first-hand. 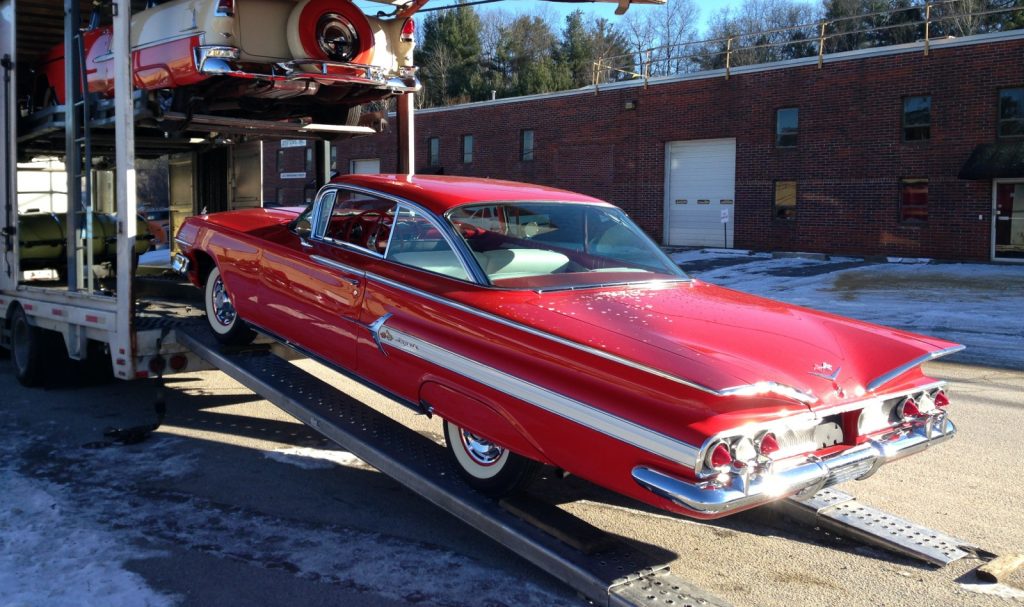