History is flying so fast by us that sometimes we do not have enough time to appreciate its wonders. This applies doubly so to the world of cars. Nowadays they shift gears for us, park for us, and even pay attention to the road for us. But in the midst of that progress, we lose track of the unique characteristics of each vehicle. May this be due to the fact that there is no uniqueness left?

Say what you will about the vehicles of old, but they have never lacked spirit. Even the models that flopped had something going for them. That is why some of us enjoy taking a step back to look at the past marvels of human engineering.

So I figured – why not explore the history of a notable vehicle? Today this is the 1949 Ford Tudor. Together we will go back 7 decades to an era that was quite unlike everything we have now. We will see how history shaped this particular model. And what about delving into a deep controversy? Buckle up, and let’s get going!

World after the war – how Ford manufacturing fared back then

Nowadays Ford may be losing ground, but 80 years ago the manufacturer dominated the car scene. In the years before World War II, Ford kept pumping out models on a regular basis. The time between new model generations was as short as a couple of years. This burst of innovations was crucial for the era. But then the war took its toll…

To say that 1949 Ford was a long-awaited model would be an understatement. It came 8 years after 1941 Ford. Even though the latter did quite well, people were eager for something new. In fact, the 1941 model received quite a few changes throughout its life to partially satisfy the demand for novelty. However, the whole situation was made worse by the fact that civilian production was suspended during the second half of World War II.

Of course, the end of the war sparked the need for a real breakthrough. The US economy received a great forecast for growth, and each company wanted a piece of that pie. So the Big Three focused their efforts on developing new models for the public. But there could only be one winner and that was 1949 Ford – the first all-new car post World War II. It became immensely popular and was even dubbed “the savior of Ford”. Do you want to know why?

What made the 1949 Ford Tudor such a unique vehicle?

When you look at the evolution of car design nowadays you do not see extreme changes. Cars have now transitioned to sharper aesthetics, but their overall shape remains pretty much a constant. That was not the case 8 decades ago.

Visually the 1949 Ford was quite the change from its predecessor. This was the car that made streamlined auto design a thing. For example, prior to this new model car fenders were not integrated into the frame. The interior space was also less due to several frame-related limitations.

The new model marked the beginning of the next era of innovations as well. The mentioned 8-year gap between generations remained an exception for quite a while after. It took 40 years for Ford to get stuck again. We can safely say that with more than 1,100,000 cars sold the 1949 Ford Tudor was quite the boost for the car manufacturer both financially and conceptually. 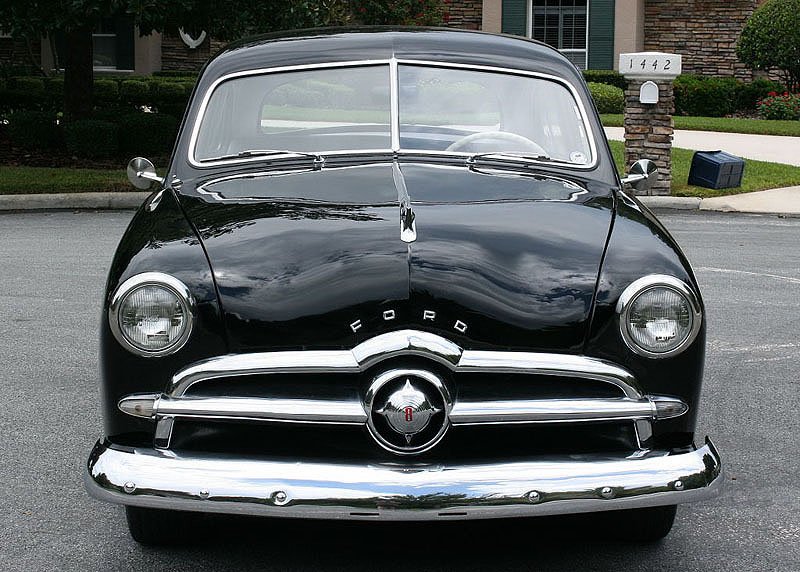 But the changes were not all in aesthetics. The 1941 Ford was well-received, so the company had to top it with something more than simple looks. Here are a few notable examples:

If you are wondering whether this model had any influence on future design, I can prove it to you. Many vehicles afterwards carry similar aesthetics. Should you want to have an example, read our article on the Volvo P1800, the poor man’s Ferrari.

Obviously, the 1949 Ford was quite the car. It can be considered one of the top designs of the previous century. But what if I told you that perhaps Ford had nothing to do with it?

The mystery of 1949 Ford and its design

There is one thing I have not mentioned yet. The 1949 Ford had one more reason why it was pivotal for the company. It was the first model that was designed under the third generation of Ford leadership. So it could have very well been the demise of the entire company.

We now know it was an instant hit. Because of that a lot of people have shown interest in its history over the years. And one question has troubled many folks – who designed the 1949 Ford? It all depends on who you ask!

I have to note that things were a bit different back in the day. Even if you designed the car, you would not get the credit. It would go to the person, who headed the design studio. Unfair, sure. But that is how things were. The only problem is people did not like it even back then. So when credit had to be given four people demanded it.

What makes the situation so peculiar is the fact that it connects all the way to the Studebaker company. If it does not sound familiar, do not worry. I have a piece on it regarding the least interesting classic car. Indeed, people consider the company pretty much a failure when it comes to design. And yet it is commonly credited as responsible for one of the best-acclaimed designs of the last century. How come?

The first person to claim credit for the 1949 Ford design was George Walker – a design consultant hired by Ford. Did he design the car though? Well, no. He was the one who sold the design that his studio developed. That would be the end of the story if the actual designer kept quiet. Only he did not.

Enter Richard Caleal, who was hired by Walker to work on the design. But although Walker had him working on the design, Caleal was not officially a part of the team and worked on his own. So when Walker claimed the credit, Caleal did not like it at all. He came forth with proof that the whole 1949 Ford design was his idea. Walker could not deny that, so Caleal took the well-deserved credit… for just a second.

Here is where Studebaker comes in. Robert Bourke – the lead designer for Studebaker at the time – claimed the design was partially his idea. He claimed to have advised Caleal and given him resources to finish the job. Additionally, Bourke dropped another name for partial credit – that of Holden Koto. He was the person, who helped Caleal in crafting the final concept piece. 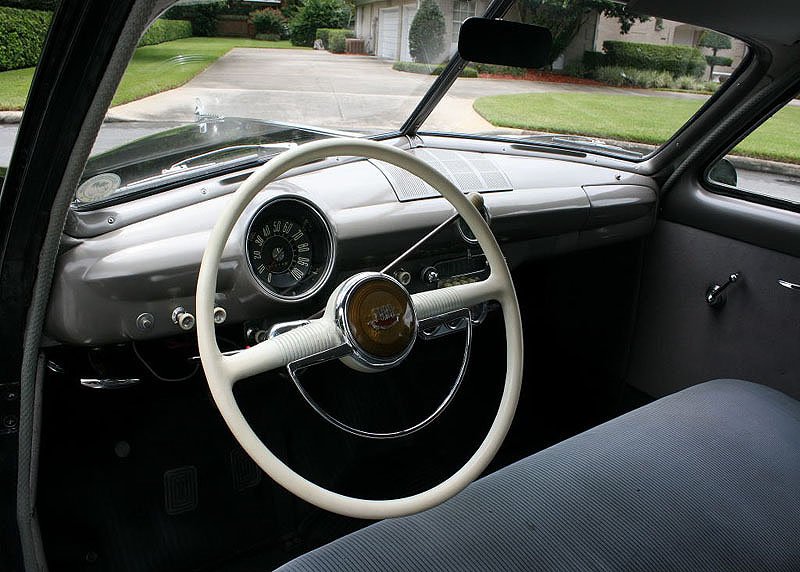 If the story sounds messed up so far, you have not seen anything yet. It turns out there is quite a lot more to it than simple claims.

There was little evidence to support Bourke’s initial account. Yet there was one minor detail – Caleal used to work for Studebaker. Not only that, but he also went to his former colleagues to ask for help. He even hired some of Studebaker’s clay modelers. However, Caleal claimed that in the end, he went for his own design.

The whole story goes completely haywire from here. Caleal, Bourke, and Koto all shared different accounts of what happened. Bourke claimed that 99% of the design was his. Koto, on the other hand, went forth to say that Bourke only designed the spinner grille. So who designed the majority of the car according to Koto? He himself, of course!

Then one of the clay modelers hired by Caleal came up to supposedly clear up the story. He supported both Bourke’s and Koto’s claims, credited Bourke for the front design, and Koto for the clay molds. He also claimed some of the credit for himself and included a couple of other names in the mix as well. Which does not really answer the most important question…

Through plenty of twists and turns the true story was never fully uncovered. However, many years later it was discovered that Bourke had not actually designed a spinner grille at all. That was added by another designer at Ford after the 1949 Ford design had been submitted by Caleal.

So who was telling the truth in the end? It seems it was all of them. Currently, the design credit is shared by Caleal, Bourke, and Koto. Certain investigations have led to the conclusion that all of them had a part in the design. The differences in all the accounts were due to misinformation amongst the three of them and the other people involved. It is still not entirely known who came up with what, hence the three-sided credit.

Does the 1949 Ford Tudor seem even more interesting now?

If you ask me, I think this car became even more appealing. It is not only a piece of history but also an art conspiracy of sorts. I would be happy to have it in my classic car collection… if I had one.

But what do you think? Does all the controversy around the model interest you? Do you see it as even more desirable now? If classic cars with interesting history are your thing, I have one more thing for you. Check out my article on Dodge La Femme to learn about what “designed for the ladies” meant back in the day!