Automotive Transportation in the US

Automotive transportation significantly affects our everyday life, without us even realizing it. How different would our lives be without transportation? Would we be able to perform same daily activities within the same period of time without using any form of auto transport? And all you travel addicts out there, can you imagine a world where it would take several days or even weeks or months, to get to your preferred destination?

I know I can’t. Younger generations, who were used to playing with toy cars and trucks during childhood, and grew up around cars, have a hard time imagining their life without vehicles. Every time this topic comes up, I cannot help but remember the Shawshank Redemption quote by Brooks Hatlen:

“Dear fellas, I can’t believe how fast things move on the outside. I saw an automobile once when I was a kid, but now they’re everywhere. The world went and got itself in a big damn hurry.”

When did automobiles become the most preferred way of transportation in America? What are some of the most used modes of auto transport in the US today? How did automobile transportation become a necessity for millions of Americans, and what is the real cost of owning an automobile? These are all questions deserving an answer.

A brief history of the automotive transportation in the US

Since the invention of the automobile, trains stopped being the most popular form of transport in the United States. As the 20th century began to unfold, more and more Americans chose in favor of the automobile. The building of Lincoln Highway between New York and San Francisco in the early 1920s was the beginning of the national highway system in the United States. Further development of roads suitable for cars led to a significant decrease in popularity of interurban rail service and trolley cars. And finally, the invention of the mass production techniques ensured the United States’ dominant position in the automobile manufacturing in the first half of the 20th century.

Civilian automobile production stopped during the WW II as the factories switched over to making munitions. After the war, by the late 1940s – 1950s, the American automobile industry was back on track. And the development of the Interstate Highway System and suburbanization of the United States made the automobile a necessity.

What are the most preferred forms of automotive transportation?

Compared to Europe, the United States rely more on its roads. Also, the concept of owning at least one vehicle is totally normal in the US. In big cities like New York or San Francisco, however, many people don’t see the need of owning a car, as various forms of public transportation are available. Moreover, public transportation in some of the biggest U.S. cities is not only the cheapest but also the most convenient and fastest way to get from one place to another.

“Expenditures for automotive transport in the United States – including truck, bus, automobile, and highway outlays are now running at about 65 billion dollars annually. In the twentieth century, the automobile industry has produced 170 million motor vehicles. There are now 67 million vehicles on the road – 30 million more than there were just a decade ago,” according to a 20th-century study by Wilfred Owen, an Economist and Senior Staff Member of the Brookings Institution. 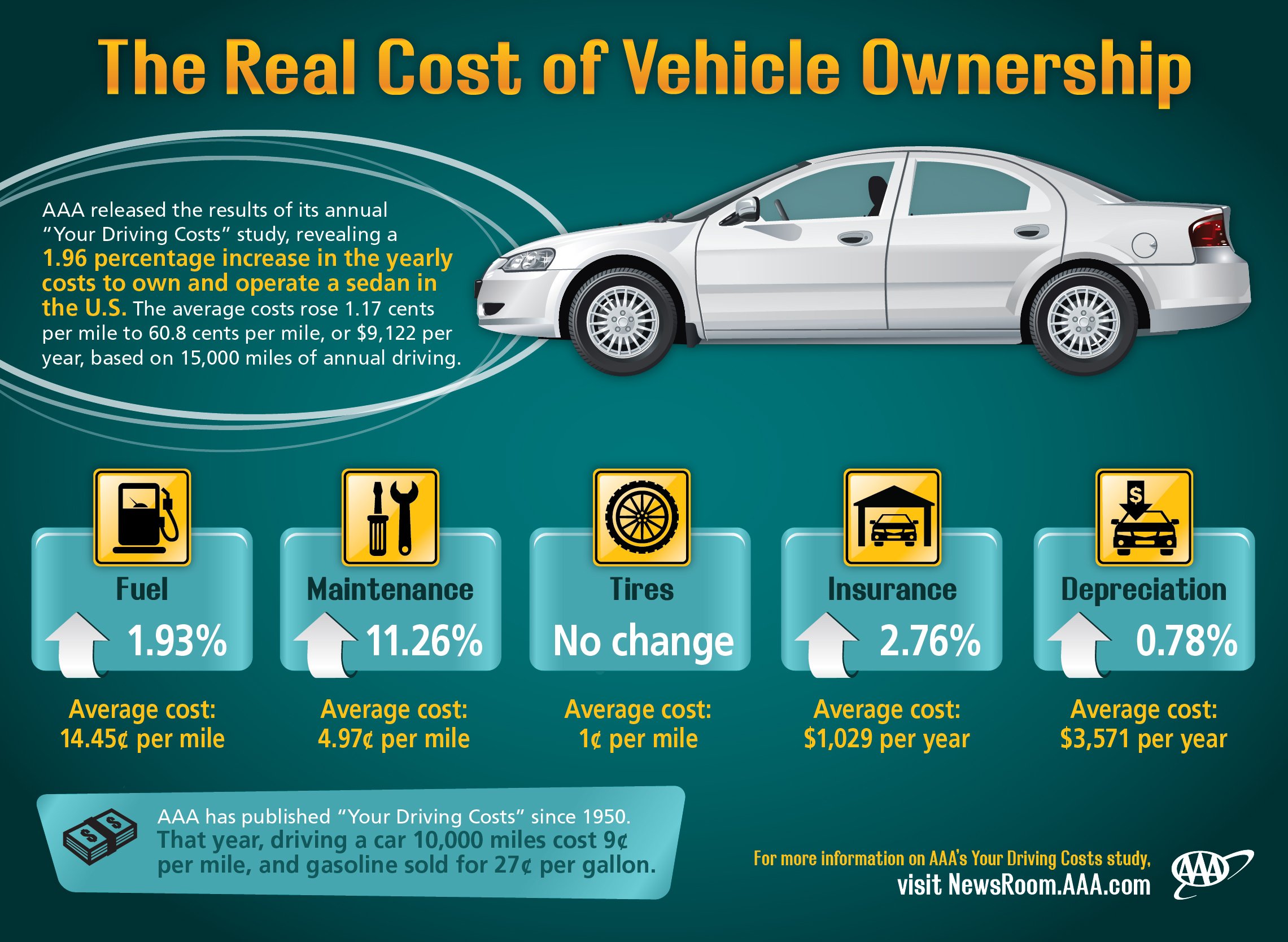 “In our history of tracking, we have seen a gradual increase in the average age of vehicles on the road,” Mark Seng, an analyst at IHS Automotive said for Los Angeles Times. “This year, we’re seeing somewhat of a plateau in the market, and expect it to remain over the next few years, without a major change in either direction. We attribute this to a number of factors, including the economy and the increasing quality of today’s automobiles,” he added.

Wilfred Owen reported that Americans spend approximately 30 billion dollars on passenger transportation. 27 billion goes for automobile transportation and only 3 billion for other transportation forms like local transit, intercity railroad, airline, and bus travel. Considering the fact that his study is a few decades old, the amount of money spend on automotive transportation today is considerably higher.

According to a 2006 report by the National Academies Press, Americans spend approximately $20 billion every year only replacing the tires on their passenger cars and light trucks. “Although passenger tires last far longer today than they did 30 years ago, most are replaced every 3 to 5 years because of wear. A total of about 200 million replacement passenger tires are purchased in the United States annually.” We can see that the cost of owning an automobile is significantly high. Nevertheless, the automotive transportation still remains the most utilized mode of transport in the US. If we have to compare that to Europe we will see a striking difference.

The future of automotive transportation

Compared to the future of bullet trains, the automotive transportation’s future looks very promising. According to a press release by the U.S. Department of Transportation’s (USDOT) Federal Highway Administration (FHWA), published on October 30, 2015, driving mileage in the U.S. continues to grow. “U.S. driving edged past 2 trillion miles by August 2015. Compared to the same month a year earlier, August 2015 also had the greatest single-month percentage gain since 2002,” the recent data showed.

All the data strengthened the fact that federal investment in transportation infrastructure is a necessity, especially now that the demands on the nation’s highway system are growing more with every month that passes. Back in 2012, Barack Obama’s budget proposal included $7478 billion to be invested in transportation. Hopefully, the automotive transportation investments will increase even more in the future albeit not only in highways but rather in public transport as well.