Biggest car collectors: Are they only men?

When we talk about classics, we rarely talk about women. How come? It feels like this area of the classic car collectors world is always dominated by men. Is it because cars are supposedly a male domain or because collectibles require a certain level of wealth that we don’t usually associate with women?

I have always looked at classic cars as the more romantic part of the automobile world. They carry a sense of nostalgia with them, a feeling of a past that was purer and more beautiful. And that is easy to associate with female energy. But somehow the collectors market has evolved without the vivid presence of women.

Who participates in the classic car market?

Collecting classics has never been a thing of practicality, in general. It’s an image. An artifact that confirms a desired identity. And there are people all over the world who would love to support their image with a classic in their possession.

It shouldn’t be a surprise that it is exactly in California where car lovers thrive. The state has always been a huge part of the classics market. But it is also the land of beautiful sunsets and romantic road trips. This for me is enough of a reason to expect women to come up in the picture.

As of 2016, only 11% of classic car owners were women. Yet, this percentage has increased to 40% over a few years. Now more women show interest in the hobby. In 2017, a quarter of women said they would consider buying a classic car, whether as an investment (17%) or simply a piece of nostalgia (21%).

Traditionally, when you put a woman and a classic together, you would either imagine a girl going to prom in a 1970s Cadillac or a teenager with sun-kissed hair driving a VW Minibus with her surfboard on top.

Yet, today women are a serious part of the collectors society.

Which are some of the women celebrities that own a classic car?

Yes, most women don’t have a celebrity income. Yet, this confirms one thing – classics cars are a status symbol for both men and women. And you should be hearing about these young women just as much as we hear about Jay Leno or Nicolas Cage. They too have become known for their classics collections in addition to their Hollywood careers. So why is it that we applaud men for owning classics more often than women?

There is no official research on gender balance when it comes to collecting. Yet, there are some prehistoric facts and psychological reasons that we can mention.

According to an article by the Independent, men have been more inclined to collecting since ancient times. As psychologist and writer Dr. Christian Jarrett says, it all comes down to showing off a level of status: “From an evolutionary perspective, it is to men’s advantage to advertise their ability to accumulate resources and there’s some evidence that they use prestige items to signal their fitness to potential mates”.

In addition, other psychologists believe that men are more into collecting because they think more about systematizing and organizing things.

On the contrary, women tend to show more empathy than systematic thinking. Maybe the female celebrities mentioned earlier have bought a classic out of nostalgia and empathy for the seller. And they are not collectors after all.

But if they were, they would be associated with something else, not with cars. If we follow gender logic, women would collect things like ceramic figures, porcelain angels, or postcards from dear friends. And some of them certainly do. But then there is also a tough woman who proves the stereotypical thinking wrong. Meet the female car collector that every man secretly envies:

Is there a notable female collector?

Elisa Stephens is the president of The Academy of Art University (AAU) which holds one of the most valuable car collections in the world. No, she is not just running the university. In fact, over half of the collection belongs to the Stephens family.

The Automobile Museum of the University contains 200 vintage cars, including some that are pretty rare. How much is the collection really worth? Nobody knows. But here is what we do know:

Elisa Stephens said that she has always had a passion for vintage cars. According to her, the design of the cars is still worthy of admiration today. She believes that cars become obsolete because of their engineering, not because of their design. In fact, she says she’s always dreamed of having a museum full beautiful vintage vehicles. Well, cheers to the woman who has made her dream a reality. And quite an expensive one indeed.

How to ship a classic car? 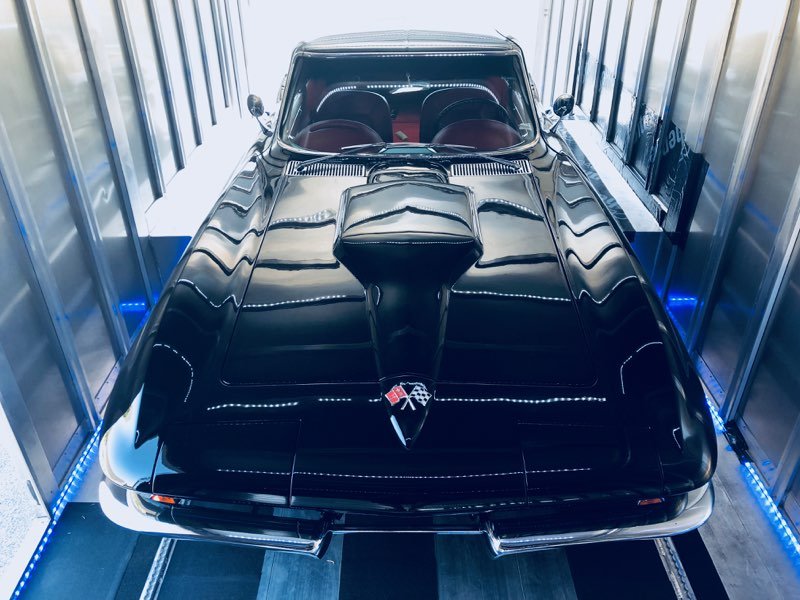 We should leave all the stereotypes behind when we talk about car collecting. Today you don’t even need to have tons of money to be able to buy one. New research shows that Millenials, who are just at the start of their careers, are now becoming the fastest growing collector group.

It’s a matter of personality rather than gender and age. And when your personality speaks “classic” you quite often want to show off that spirit. And a classics show is a great place for that.

Most collectors prefer to ship their classic to the next show instead of driving it. And if you are taking more than one of your classic beauties to a show, hiring a professional auto transporter is your best bet.

When it comes to shipping a classic car, make sure you choose a trustworthy company that already has experience handling cars of high value. At Corsia Logistics, we have shipped classics across the USA and we have also imported classics from abroad.

The process can be quite frustrating when you deal with everything yourself. This is why working with a reliable partner is crucial to keep your treasure safe.

We have worked with both female and male classic car owners. Here are some of the occasions when you might need help with transporting your car.

Whatever the occasion, Corsia can help as we cover the whole country and beyond. Whether you need to ship your vintage vehicle between New York and California or across the ocean, we’ve got you covered.