On June 6, 1925, the ailing Maxwell Motor Company gave life to the Chrysler Corporation, led by Walter P.Chrysler. The company has eventually grown to become one of America’s “Big Three,” alongside Ford and General Motors

Let’s rewind, though. Walter Chrysler inherited his passion for machinery from his father, Hank Chrysler, who was a lifelong railroad engineer with the Kansas Pacific Railroad. Young Walter’s idea was to follow in his father’s footsteps. And so he poured all his energy into working his way up the railroad ladder.

Restless and quick-tempered, he quickly moved up the ranks earning himself a reputation of the “master of plant efficiency.” Who knows what other heights Walter Chrysler could have reached in the railroad world. Life had other plans for him. 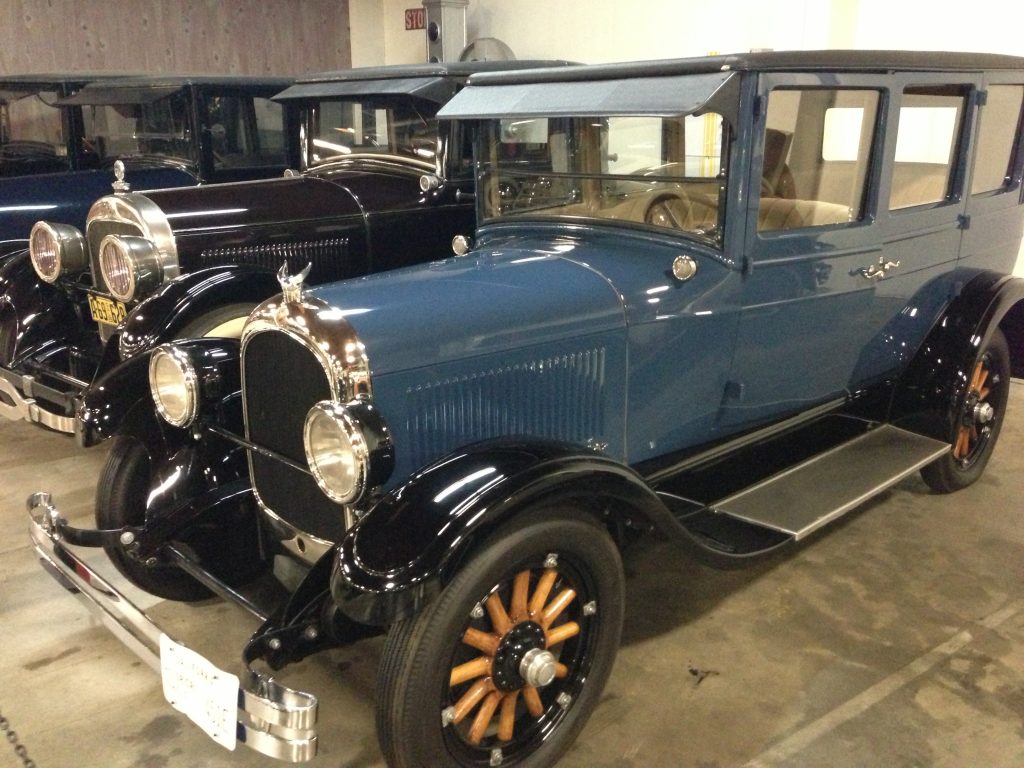 One man’s folly is another man’s fortune

In 1908, Chrysler made a fateful purchase. It was a Locomobile touring car he saw at the Chicago Auto Show. He didn’t know how to drive, and the $5,000 price tag was way out of Walter’s range. But unable to get the car out of his mind, Chrysler invested his entire savings of $700 and committed himself to a debt larger than his annual income.

The three months following the purchase, Walt spent in the barn poring over auto catalogs and drawings, sketching blueprints of his own, taking the Locomobile apart, and assembling it back together. Until finally, he was confident he could make it run like a fine watch.

Years later, Chrysler wrote “Clearly that car had a fascination for me that must have seemed to others the equivalent of madness. I didn’t simply want a car to ride in. I wanted a machine so I could learn all about it. Why not? I was a machinist and these self-propelled vehicles were by all odds the most astonishing machines that had ever been offered to men.”

Then suddenly, the railroad world was too small for Walter Chrysler. Instead of repairing cars and trains, he wanted to build and sell. He had a vision. To him, the automobile was “the transportation of the future”, and he wanted to be a part of it. And so Walter Percy Chrysler was on his way to destiny.

Chrysler was not an automotive pioneer. And, at the time of its inception, Chrysler Corporation was decades behind GM and Ford in terms of engineering, production, and sales. But that didn’t stop Walter Chrysler from achieving what his peers thought impossible – expanding the number of lasting automotive goliaths from two to three.