BMW has given the world plenty of iconic cars – from the quirky Isetta to the nearly perfect Z4. The German behemoth of automaking has won many hearts across the globe with its timeless, emotion-provoking designs and thrill-inducing performance.

Another model that gained an instant cult following was 3.0 CSL, also dubbed The Batmobile. The bat-like fins running along the top of the front fenders and the tall rare wings make it look like a ride for the likes of superheroes. You be the judge.

Bavarian Motor Works owes its success on the American market to 3.0 CSL. The car also had a very successful career on the track, having secured various victories. To pay respect to the legend, BMW introduced 3.0 CSL Hommage R at the 2015 Monterey Car Week.

To the disappointment of many enthusiasts, Hommage R is only a concept. But to the delight of the BMW fans, the car is still drivable. Although not street-legal, it can still take you places. BMW 3.0 CSL Hommage R gets its alleged 500HP from an in-line six engine, has an eight-speed automatic gearbox, and powerful Brembo brakes.

And the latest rumor is that the BMW team would be willing to create a street-legal version of the homage model, should the right buyer turn up. Until then, I invite you to check another awesome model of the company: BMW RS 700 – The ultimate racing legend! 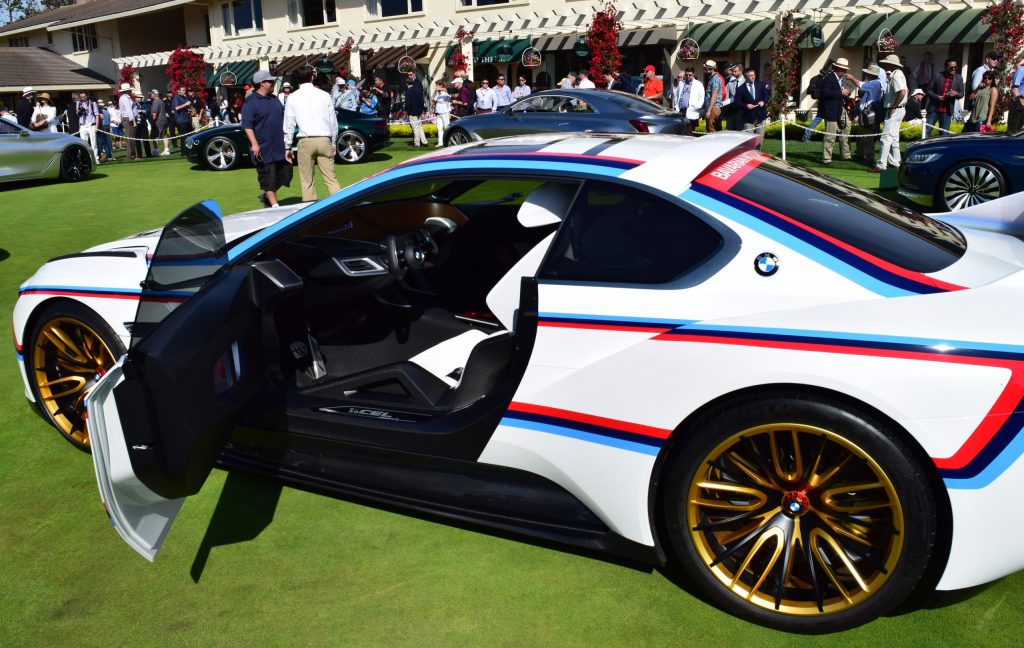