Often surrounded by negative publicity, many celebrities are not seen in a good light. Add here the fact that most of them can afford several houses in different locations and can buy any car that perfectly combines with what they are wearing at the moment and you’ll get the idea why.

Nonetheless, there are a lot of celebrities out there that donate, serve their community, care about the environment, and drive green.

Queen of kindness, Ellen DeGeneres not only drives green but also eats clean. The quirky host of The Ellen DeGeneres Show is one of the most eco-friendly celebrities. She has used her ‘superpower’ as one of the most influential public figures to persuade as many people as possible to go vegan, just like her. The hybrid car owner, Ellen, is also a huge animal lover. Back in 2010, DeGeneres served as a campaign ambassador for Farm Sanctuary. “Save a life this Thanksgiving, and join me in starting a new tradition by adopting a turkey instead of eating one through Farm Sanctuary’s Adopt-A-Turkey Project,” she once said. Barack Obama was also one of the people that joined Farm Sanctuary’s Adopt-A-Turkey Project.

The 44th President of the United States is yet another public figure that cares about the environment and drives green. Before becoming a president, Barak Obama drove a Ford Escape Hybrid. But since he officially assumed his post, Obama often has been seen in the backseat of the presidential state car. Known as “The Beast,” the car is also nicknamed the “First Car” or the “Cadillac One”. A curious fact, there are no key holes on the entire car, and only the Secret Service knows how to open the doors of the presidential limo. We hope to see Obama driving an environmentally friendly car again once he leaves the White House. We will miss you President Obama!

Have you heard about Cameron Diaz driving a Toyota Prius? If you haven’t heard yet, it’s probably because you’ve been living under a rock. The popular actress, producer, and former fashion model purchased her eco-friendly car back in 2005. Cameron is not the only celebrity to forgo expensive Lamborghinis or Maseratis in favor of the more affordable Prius.

Other real-life stars who love this eco-friendly Toyota are Natalie Portman, Miley Cyrus, Will Ferrell, Selma Hayek, Tom Hanks, and Jennifer Aniston. Larry David, the mastermind behind American sitcom Seinfeld, also owned a Toyota Prius. He decided to give it away in 2006 to support an online petition to stop global warming.

Who knows? Maybe you can also become a proud owner of a Prius. The car is one of the most affordable hybrids on the market. Here are some other great green cars you can buy today. 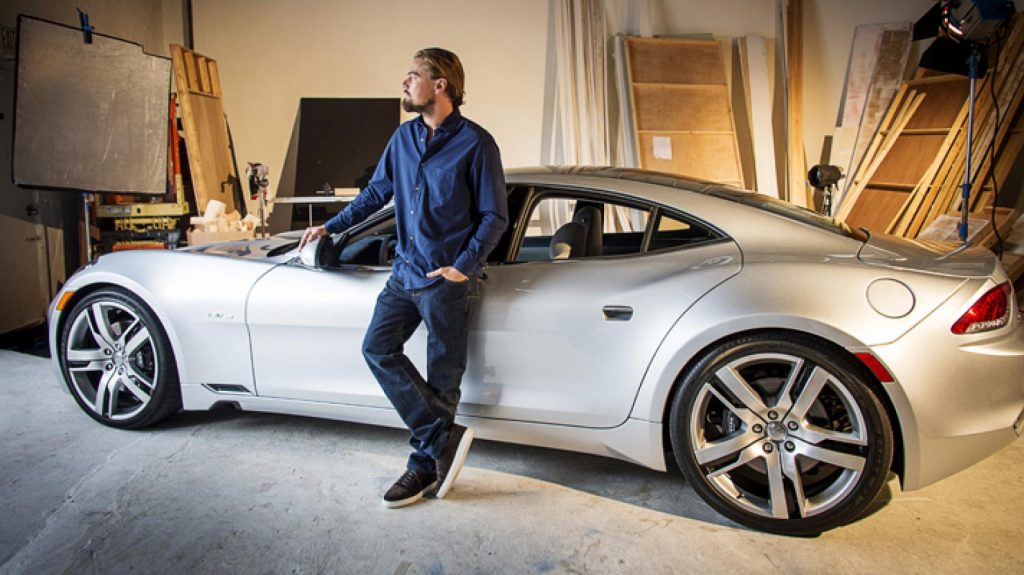 Great historical events happened in 2016. The very first flower was grown in space in January. Earlier last year, North Korea announced it had successfully tested a thermonuclear weapon. And the most important event of all: Leonardo DiCaprio finally won an Oscar! Jokes aside, to the surprise of many, DiCaprio used his Oscars acceptance speech to draw attention to climate change dangers.

“Making The Revenant was about man’s relationship to the natural world. A world that we collectively felt in 2015 as the hottest year in recorded history. Our production needed to move to the southern tip of this planet just to be able to find snow. Climate change is real, it is happening right now. It is the most urgent threat facing our entire species, and we need to work collectively together and stop procrastinating,” DiCaprio said.

Last year, Barack Obama invited DiCaprio to the White House to talk about climate change. They also screened the new documentary about the devastating effects of global warming “Before the Flood”. You can watch the official trailer on the National Geographic YouTube channel, and also the whole movie online.

Do you know any other celebrities who care about our home planet Earth and use their place in the spotlight to make our world a better place? Share with us in the comments below. Thank you!