Chicago Auto Show at a glance

You may know Chicago for its Maxwell Street Polish sausages and the famous Chicago-style hot dogs, jazz and blues scene, the Sears Tower, or even the 1920s gangsters such as Al Capone. However, this list is not complete without mentioning Chicago as a host of the nation’s largest auto show, covering more than one million square feet of exhibit space.

The Windy City has been offering a great auto show experience for people in the industry, car enthusiasts, and auto journalists since 1901. This February, the biggest car show in the nation marked its 111th edition.

Before diving full head into this year’s edition, let’s rewind and take a look back at the history of one the world’s most important vehicle exhibitions.

National Automobile Exhibit or how it all began

What we call today the Chicago Auto Show, had initially emerged as the National Automobile Exhibit. The auto industry in the U.S was still in its beginnings. It would be two years later when Ford would publicly introduce its first Model A.

The first auto show was an innovative event for the city. Back then, cars were considered a luxury and the low-cost, mass-production models were still not in the market.

The exhibit was held in the Coliseum – the largest hall in Chicago at that time. More than 5000 people attended its opening hours from 10:00 a.m to 10:30 p.m. to wonder at ten “horseless carriages” on display.

The first car extravaganza lasted for eight days, and due to its success, the organizers decided to make it an annual event.

The following year, there were 100 cars exhibited and this posed challenges regarding space. The indoor racing tracks were suspended for that year in order to give some space to all the cars to be displayed.

The Chicago Automobile Trade Association (CATA) took over its organization, bringing the auto show to a new level of expansion. The exhibition now was taking place in January and November; thus covering the new models of both the existing and upcoming year. The venue of the event shifted to a much more spacious one: the International Amphitheatre. The Chicago Auto Show would move to the original McCormick place much later in 1961.

The 1941 show was the last automotive event before the United States entered WWII. The United States auto industry was fully converted into national defense. The biggest automobile show of the nation resumed in 1950. It became an annual event later on, which attracted not only U.S auto producers, but also global car manufacturers.

Today, as the largest car show in the nation, it entertains people of all ages. The car enthusiasts flock to the event to visit what is old, refreshed, or new in the auto industry.

Some of the main activities during the show

If you happen to be around Chicago in February, you should not miss attending the Chicago Auto Show, where you can:

“The Chicago Auto Show not only boasts more than 1 million square feet of exhibit space, treating guests to the industry’s latest and greatest glistening automobiles, but it also offers attendees indoor test tracks, where they can ride along with product specialists, and outdoor street driving opportunities that demonstrate vehicle capabilities and handling as well as the latest technology and safety features,”said Ray Scarpelli Jr. – Chicago Auto Show Chairman.

The Chicago Auto Show 2019 was held from Feb 9th through the 18th. It displayed around 1000 vehicles throughout different exhibitions. These displays included newly introduced cars from national and global auto-manufacturers, sports cars, concept cars, trucks, antique cars, and competition vehicles.

The ticket prices varied from $7 for seniors above 62 years old, up to $13 for adults. Children under 6 years old had free entrance. For more information on price discounts and other organization details useful for the future shows, please check chicagoautoshow.com.

The new car models displayed in a nutshell

They seem quite a few, don’t they?! Creativity and innovation walk in parallel at an accelerating rhythm from year to year. Let them lead us out of the nutshell in order to explore some of these models in more detail.

Each time we come across this car type, the first criteria that cross our mind is their performance in terms of speed and driving flexibility. There were many exciting sports cars present at the Chicago Auto Show 2019, such as Alfa Romeo 4C Spider Italia and Nissan Rogue Sport.

We would like to highlight the two brands, which have started their sports car display on Chicago Auto Show 30 years ago: the Mazda Miata and the Acura NSX. They are both Japanese brands and, during the last three decades, both have proved the ability to build sports cars at another level.

In this 30th anniversary, Mazda introduces the 2019 MX-5 Miata called the Racing Orange, reminiscing the orange MX-5 Miata Club Racer present at the 1989 debut in Chicago.

Whereas Acura has revived the NSX as a performance-oriented hybrid that produces 573 horsepower without missing its Ferrari-like charm.

In 1901, when the show started to take place, nationally manufactured electric vehicles occupied one of the largest spaces on the exhibit floor. But the focus on electric cars was not as high as today. This year’s edition has had the pleasure to host several new electric models, which are shaping the whole industry.

Some of these models run solely on electric batteries. Others have incorporated more of a hybrid system, where the gasoline engine activates once the battery runs out.

The two most popular electrics on the show were the Chevrolet Bolt EV and Nissan Leaf. These were accompanied by other electric cars on the floor such as the Hyundai Sonata and Jaguar I-Pace.

Pickups in the U.S. follow a long tradition of truck production. Their manufacturing concept has shifted from focusing on their brawniness towards comfort and practicality.

Some of the new types include Ford F-150, Chevrolet Silverado, and Ram 1500 with a significant increase in payload capacity, as well as the super heavy-duty Ford Super Duty.

Concept vehicles are innovative prototypes made to test an idea, apply a recently developed technology, or test some new styles. The sky is the limit when it comes to such an unconventional type of vehicles.

Infinity Prototype 10 with its California-inspired design focuses on self-expression, connecting the old vintage looks with the new electric motor engine. This design has personally left me breathless, not only for the astonishing looks but also for the sensation of freedom and emancipation that it can inspire. 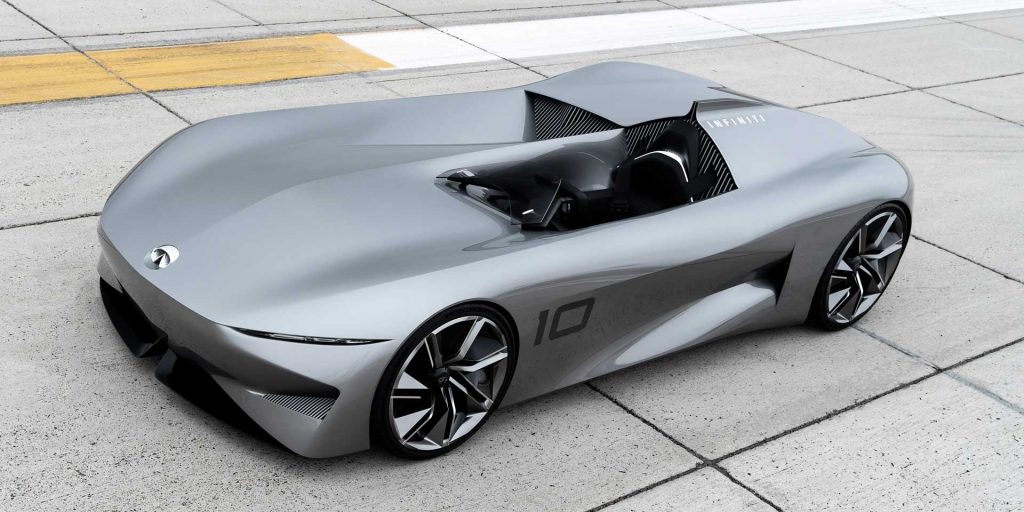 LC Convertible Concept of Japanese design is a 4-seat concept sports car, with an open-roadster aimed at representing the ultimate concept of beauty. The idea is that every single ride should feel exceptional for the driver and the companions. 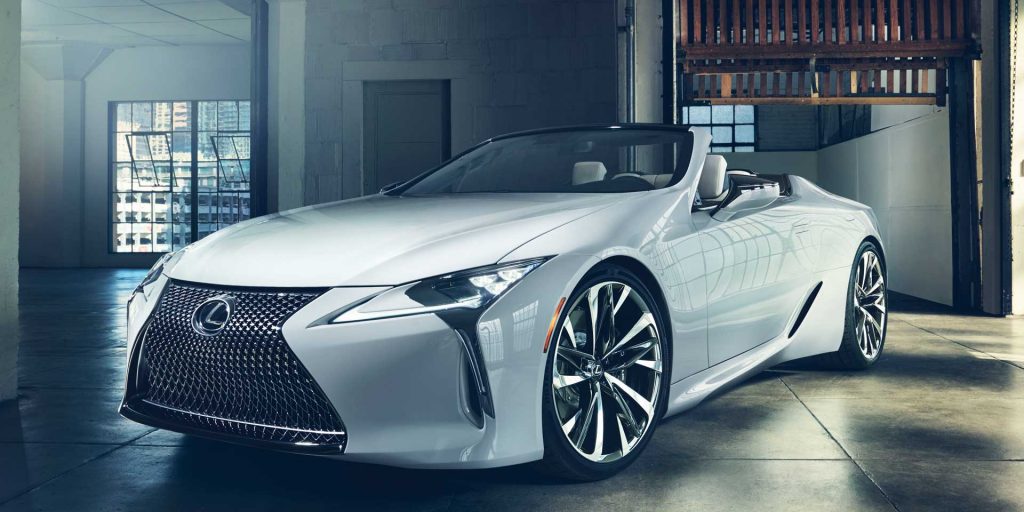 Delivering cars to the shows

The auto shows have been among the most frequent events in the country. While enchanted with the glamour and diversity of your favorite car event, let’s not forget that there is a whole system behind the scenes that keeps each show running.

One of the crucial tasks is to organize and bring all these cars together undamaged and on time. Each vehicle on display carries special importance: some are new debuts and concepts, others are luxury or vintage.

Shipping these cars safe and sound to the show and back to their original place of storage is simple. You just need to invest some time into finding a reliable auto transport company.

To find an auto shipping company

For luxury or classic cars traveling to shows we always recommend an enclosed car carrier.

Corsia Logistics, as an auto shipping company with years of experience, has participated in a number of auto shows transporting and delivering unique vehicles without a single scratch.

For instance, several Ferraris and a Corvette took advantage of our white-glove service traveling to the Monterey car week last year.

Another remarkable shipping experience happened when the owner of the BMW RS 700 chose us to ship his precious treasure to Le May – America’s Car Museum, where it arrived safe and sound and got displayed to hundreds of admirers.[/calloput1]

At Corsia Logistics, we’ll be happy to employ our expertise and help you ship your car, whether new or classic, to your favorite show.

If you have any questions and need a bit of expert advice on car shipping for auto shows, do not hesitate to call us at (818) 850-5258, or request a free, no-obligation quote on our website. We are always happy to give our contribution to the great auto events that inspire innovation and promote creativity in the auto industry.