Love it or loathe it! Galag TG-1 – brought to you by Team Galag, a group of wealthy car enthusiasts who prefer to keep a low-key profile and make it all about their cars. The team’s participants, who earned their fame driving in the infamous Gumball 3000 rally, come from the UK, US, Germany, and Saudi Arabia. That’s probably all the information you’ll be able to find about the Team Galag itself. So, truly not a bragging bunch.

The Gumball 3000 rally, which began as a cross-Europe road trip, transformed into a yearly event that expanded across the globe. Wealthy enthusiasts and talented builders from all parts of the world unite once a year to traverse 3000 miles across countries, and sometimes continents.

Team Galag crafted its TG-1 specifically for the 2013 Gumball edition. The one-off beast is a product of collaboration between Team Galag, Florida-native Parker Brothers Concepts, Litchfield, and a number of undisclosed consultants.

The TG-1 is based on a Nissan-GTR platform. The 3.6L Twin Turbo V6 propels the machine with breathtaking 750 horsepower from 0 to 62mph in an impressive 2.68 seconds. According to the Galag squad, TG-1 is capable of 211mph top speed.

Corsia Logistics spotted the TG-1 casually parked on the streets of Monterey a few years back, while also exploring one of the Monterey Car Week editions. Would you have recognized a Nissan in TG-1? 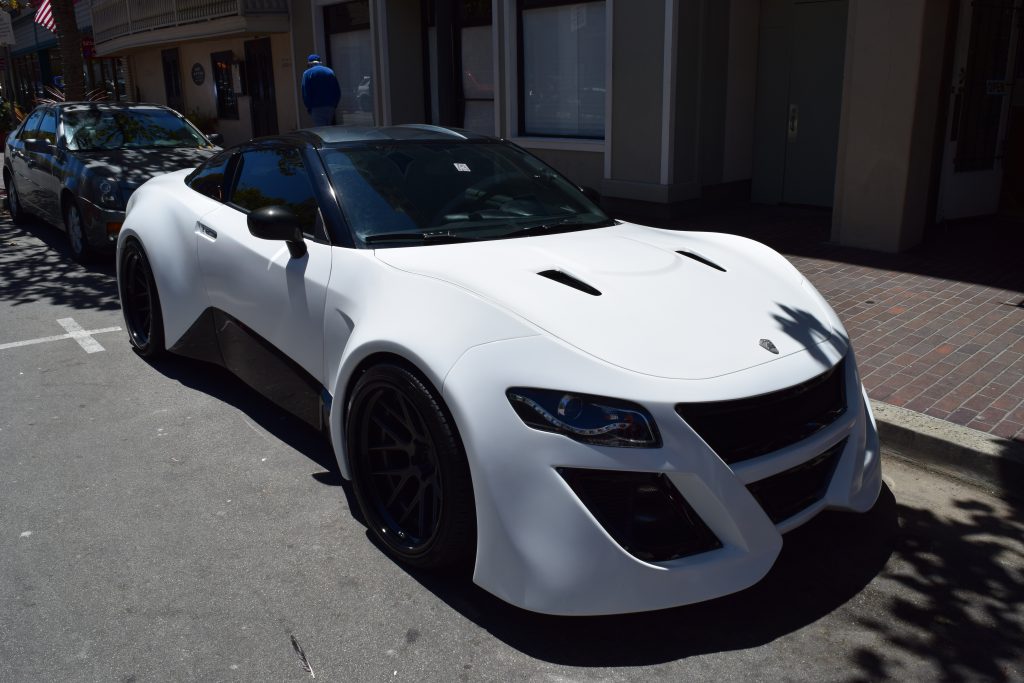