No car enthusiast will ever say that vehicles are not art. Whether you enjoy classic cars for their history or their design, you know there is something special about them. Sadly, no one makes them like that anymore, right? Wrong!

As it turns out, a lot of people out there appreciate the vintage style of the 20s and 30s. Sure, it may not be practical in any sense of the word, but it is awesome nonetheless. Because of this, one company has decided to revive the classic spirit in its new Vicci car series. And yet… if you look at it, things are not quite right.

Some time ago, Corsia Logistics had the pleasure of shipping a DiMora Vicci 6.2 Emperor. This vehicle costs a mere million dollars and tells us something about the bounds of human creativity. It is a blend between the style of old-timey classics and the power of modern supercars. What does that make it then?

What is the DiMora Vicci? 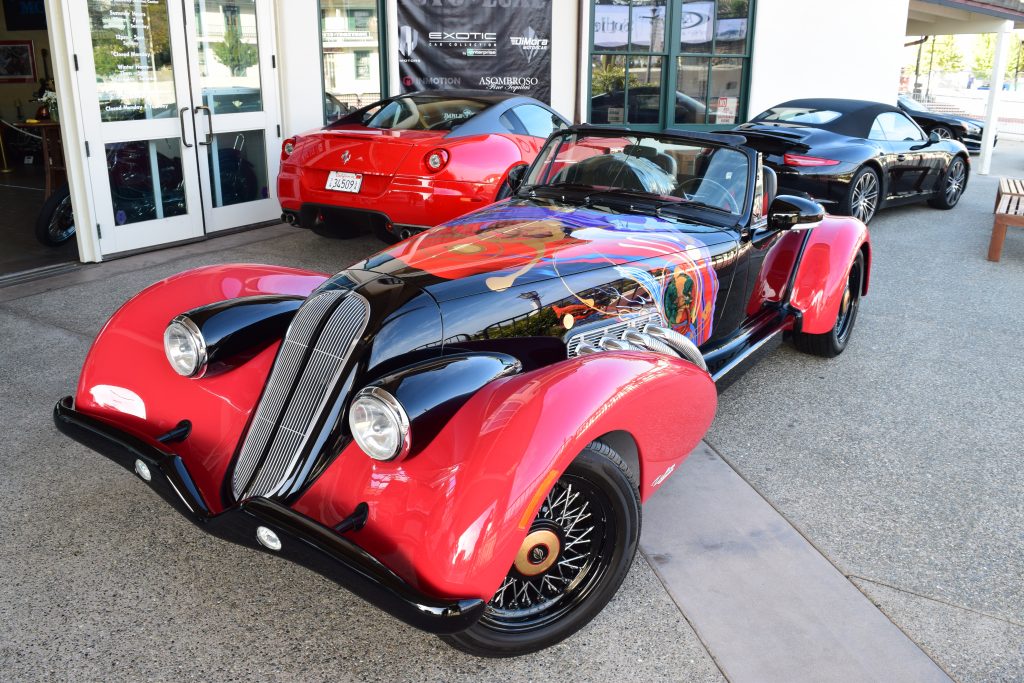 Modern car design focuses on two primary things. It presents the challenge of creating something practical, which has to be aesthetically pleasing at the same time. Yet, we all know that manufacturers often fail in that. They end up creating ugly cars we love to hate. Now, this raises the opposite question – can you really have a beautiful car, if there is no practical purpose to it? Well, there is an obvious answer!

You cannot convince me that most supercars are practical. Though you can clearly see there is a market for them. So this is the essence of the Vicci Emperor. The folks at DiMora Motorcar figured that if there are people who like classics, but also enjoy supercars, they would likely appreciate a blend between the two.

While the Vicci Emperor is not DiMora’s first foray into the motor world, it is the first with a vintage design language. It reminds us of Ford Roadsters from the 30s or something like that Ruxton Model C Roadster. However, it steps it up a notch with modern characteristics. Here are some of them: 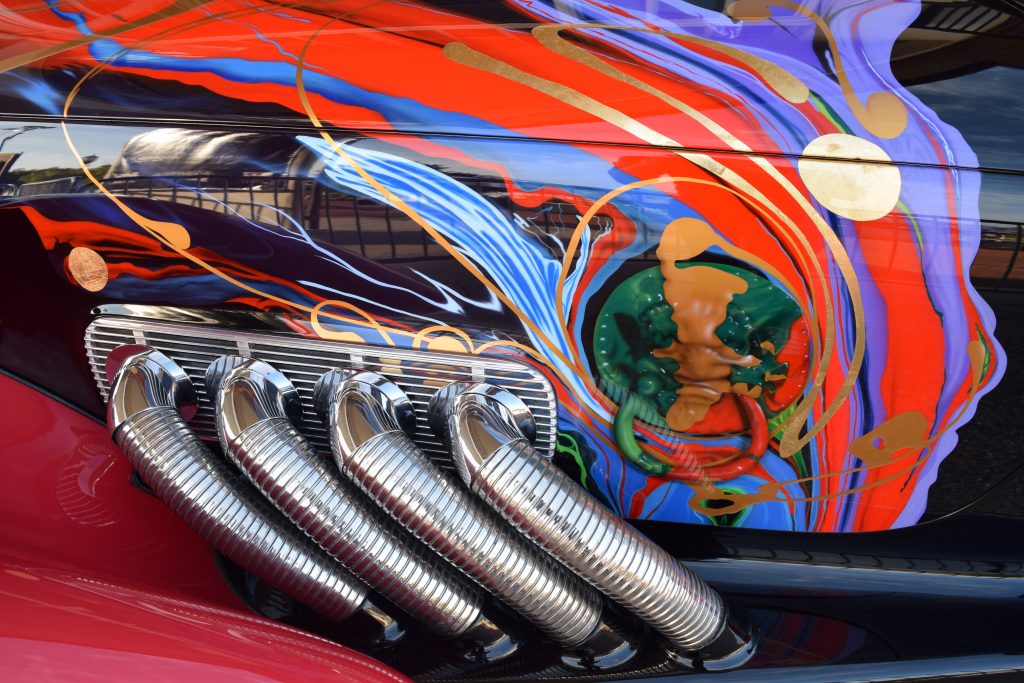 Though the Vicci Emperor is pretty unique, it reminds me of another vehicle Corsia has shipped recently. I am talking about Rusty Slammington, the undying driving machine. I believe both cars have sprung up from the same mindset or at least from the place where human ingenuity lies. Let us then find out why the DiMora Vicci even exists!

How DiMora’s classic vehicles came to be?

One of the issues of being a classic car enthusiast has to do with the scarcity of such vehicles. Since by definition you cannot make more of them, everyone has to treat them with supreme care. Of course, this is what you would expect, but it also means people cannot get too creative without drawing in some rebuking stares.

However, folks cannot simply extinguish their drive for creation. We have started seeing classic vehicles modernized with sports engines from current-era cars. Naturally, a lot of us find that distasteful. It seems a whole lot like ruining a perfectly good painting by trying to “re-liven” the colors.

This is why Sir Alfred J. DiMora, ever fascinated by all kinds of vehicles, decided to create his own classic car. With his forays into various niches and expertise in technology and business, DiMora set out to fuel his passion. Aside from the Vicci though, DiMora also plans to build the world’s most powerful luxury sedan with tentative 1200 hp under the hood. Shoot for the stars? I mention it only because it looks like a modernized version of the classic designs.

Mr. DiMora himself puts his various motorcar projects under different labels. The Vicci is the first among the so-called “neoclassic” series, meaning we should expect more to come at some point. However, since this is pretty much a “boutique” endeavor, future vehicles will probably come at a slow pace.

I have an interesting conundrum for you though. See, our encounter with the Vicci Emperor had to do with the 2015 Monterey Car Week. If you do not know, that event includes all kinds of classic cars. People may end up shipping a car from New York to California just to display it during the event. Now, this raises the question – do vehicles like the DiMora Vicci have a place among vintage cars?

Can we even consider the Vicci Emperor a vintage car?

Something within me screams that we have this question wrong. I do not believe that it was ever the intention for this vehicle to be any kind of “vintage”. I think Mr. DiMora appreciates proper classics way too much to want the Vicci Emperor joining their ranks in such a manner.

The reasons for my stance are quite obvious. The artwork, the specs, the entire feel of the vehicle – they are all intentional. Together they show us that nobody should confuse this car for a vintage rip-off. It is something new that simply respects the spirit of the old. We can say it falls within the category of cars that are pieces of art first, and vehicles second. Just like good old Rusty.

To go one step further, I do think there may be a market for more of these vehicle designs. If we strip the Emperor from its fancy clothes and jewelry, there can easily be a cheaper version of the car. I see how this may render it a bit mundane, but at least you would be able to get your hands on a retro-style automobile!

In that sense, the DiMora Vicci may actually be groundbreaking. Just think about this – throughout the years we have shipped plenty of sports cars and classic vehicles. However, the Emperor may have been the first that joins both categories in such a distinct manner. Thankfully, our classic car shipping services suited it nonetheless. Plus, who knows, maybe the Emperor will turn out to one day become a classic anyway. 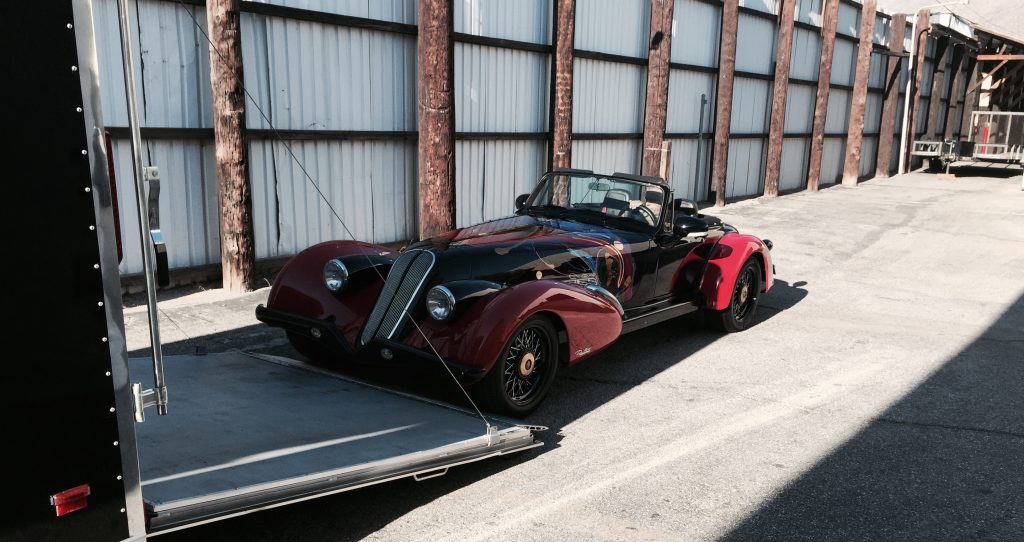 Should we even get creative with retro-style cars?

Looking at the DiMora Vicci, one can see that car manufacturing can go beyond the machine. It can make art out of vehicles and put the great vintage design to the forefront again.

To be honest, some people may consider that sacrilegious when it comes to vintage vehicles. After all, wine gets better with time, but you cannot make it age faster, right? Though I am pretty sure someone has come up with a wine-aging method already!

While I consider myself a bit of a purist when it comes to that, I also think that creativity should not be stifled. Then again, it all depends on where we draw the line between creativity and obscenity. This style of vintage cars may be special exactly because it is no longer commonplace. What will happen if everyone can simply buy such a vehicle at the nearest dealership? It would be like having a plastic poster of “Starry Night” on your wall.

What is your stance on that topic? Should they have left classics alone, or is it even better that more people can have the chance to enjoy them now? No matter what, here at Corsia Logistics we always appreciate it when we have the chance to ship an iconic car. And in my mind, the DiMora Vicci Emperor is nothing if not iconic.