Dodge La Femme: The one for the ladies

Let me tell you a little secret. Although I am a man, one of my favorite cars in the world is Nissan Micra К12. For a while, it has been labeled as the poster feminine car. But you know what? The little thing is comfortable, you can park it anywhere, and it is one of the most reliable vehicles I have ever seen. Cute, too!

See, I have no problem admitting I like “a woman’s car.” Why should a small, comfortable, easy-to-drive vehicle be considered girly? In fact, things used to be different a few decades ago. But no. We are not considering the Micra today.

Our spotlight falls on an interesting classic model – Dodge La Femme. If the name does not give it up, this was the idea of a woman’s car back in the day. Buckle up; we are going to shatter some stereotypes!

What are the origins of Dodge La Femme?

The need for transportation is universal. So it is obvious that cars would be an appealing invention for all people, not just men. That fact did not fly by car manufacturers either. Yet they still had an issue to solve.

See, marketers are a clever bunch. If they are not, they are soon out of a job as their company goes bankrupt. In addition to that, the car niche has always been competitive. With high investment costs and low margins, every sale makes a difference. But what if you tap into a neglected market? The idea for Dodge La Femme came out to address just that.

In 1954, Chrysler figured that since more women were getting into cars, the company should do something about that. It came up with a “ladies and gentlemen” idea of a model. More specifically, the automaker designed two carefully targeted trims – La Comte and La Comtesse.

Interestingly enough, only the ladies’ version grabbed the attention. So Chrysler greenlit just that concept. And the automaker’s idea of a woman’s car was not something belittling at all. Instead, it was a cool V8 full-size hardtop. Several other quality-of-life additions were also made. Let’s take a closer look.

Dodge La Femme through and through 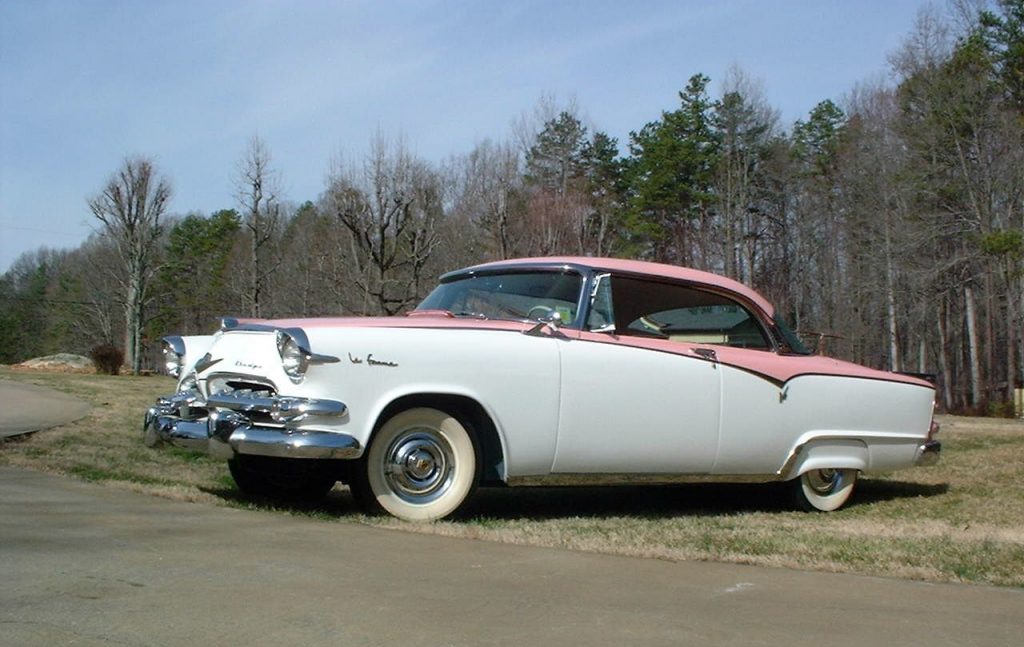 One of the great things about this car is that Chrysler did not shy away from making it a beast. It was a version of the Dodge Custom Royal Lancer, the top model in the lineup. To be honest, back then that way of thinking was revolutionary. The company saw that women’s love for cars deserved a proper design attitude. Here is what the model came with:

With all that said, the fate of this model was rather sad. It did not sell well, with speculative figures putting all such cars produced at only 2,500 units. What went wrong?

Why didn’t the La Femme win the ladies over?

At first glance, only one of two things could have happened. Either Chrysler misjudged what women wanted and went overly stereotypical with the design, or the company was too ambitious by making the model a top trim. But what if I told you that the automaker might not have been ambitious enough?

While Chrysler’s idea was quite egalitarian at the time, the marketing approach was not. It made a cool car but did not put any faith in it. For some reason, the carmaker decided not to market this model all that much. It went through all the trouble of designing it, and then nothing.

Did the company think La Femme would sell on its own? After all, it is pink, has cool accessories, and a nice girly name. Women should have been all over it just by definition… Only they weren’t, of course.

We could only guess why Chrysler did not push the La Femme harder. Yet regardless of how we look at it, being a lady’s model was definitely part of the reason. Too bad the company did not give it a fair chance.

Who knows what models would have been considered girly nowadays. Maybe one of these romantic cars could make for a good representation of “girly” – I’ll let you read and decide.

Breaking the stereotypes about women and cars

I have to say that in recent years the whole vehicle stereotype thing has been getting better. Americans, in general, have stopped showing their love for smaller vehicles. Because of that, now everyone drives pretty much the same cars. SUVs rule our world; smaller models are going away.

However, ill-founded notions about women in the car world still exist. The good news is that those are getting crushed on a regular basis. For instance, a study about the gender gap in 100 drivers shows us that driving stereotypes are mostly wrong. I would go even further and say that car enthusiast stereotypes are likely just as messed up.

Ultimately, there will never be such a thing as “a woman’s car.” What would it even be? Simply painting a vehicle pink doesn’t do it. Women like different colors, and from what I hear, pink isn’t even the most popular. As for small cars, which are a breeze to drive and not a headache to maintain… If that makes them “girly,” then boys have the wrong priorities.

What do you think of Dodge La Femme?

Dodge La Femme had one of the coolest marketing slogans: “By Special Appointment to Her Majesty… the American Woman.”

Yes, a bit cheesy, but still cool. In hindsight, it could have been chosen just to make it look like Chrysler cared, considering it didn’t pull through with the marketing.

Anyway, what do you think about the car? Should we have more models, for which we expect to see only a woman at the wheel? Or should we ditch the whole stereotypical mentality? To be honest, I hope they continue to make “feminine cars” like the Micra. They are quite more practical than most “manly” models out there anyway. Another good example is a bubbly Isetta. You can explore it in a bit more detail in one of our posts – Love for the BMW Isetta rekindled.