How often do you think about the trucking industry? Do you ask yourself how you were able to have a pineapple in the middle of winter or a Christmas tree in a warmer climate? – Probably not. The truth is most of us don’t think of the process these goods went through in order to make it to us, as long as they do. Well, the trucking industry is the one we should thank for that.

This industry is the main reason why we can enjoy products from all over the world regardless of the time of the year. However, like any other industry, they have their issues and trends to look after, if they want to keep up the good work.

I remember meeting a friend of mine a couple of years ago, who turned out to be a truck driver. He loved his job – always on the road, exploring new places, meeting new people, great salary, and great benefits, what else can you ask for, right? Well, I talked to him a few months ago and the initial excitement and enthusiasm were almost gone. The spark that he got from exploring new places was wearing off, the constant driving was exhausting him and slowly the great salary and benefits could not compensate for the fact that he was always on the go, no time to stay in one place long enough to start a relationship and build a family.

My friend is just one of the many drivers that slowly realized that this job might not be what they’ve been looking for; which leads to some of the biggest issues in the trucking industry – Hours of Service and Labor Shortage.

According to the American Transportation Research Institute, i.e. ATRI’s report from October 2014, the Hours of Service is the single most important and critical issue for the trucking industry. The issue was on the leading spot for the first time in 2007, which caused the U.S. Court of Appeals to set the 11-hour driving provision, followed by a 34-hour restart. In 2013, a new rule was introduced, restricting the use of a 34-hour restart and requiring a 30-minute break before getting behind the wheel again, after driving for 8 hours. As you would expect, a rule like this does not come without consequences for the industry – 80% of the carriers indicated a loss of productivity due to the new rules and driver pay impacts estimated to be between $1.6 and $3.9 billion annually. And that’s why just recently this rule was reset.

Another concern for the trucking industry that has been on ATRI’s list since 2005 is the shortage of qualified drivers. According to the American Trucking Association, a.k.a. ATA, and ATRI – the freight volumes in the industry are continuously growing, however, the shortage of truck drivers available could slow down the industry’s growth. Not having enough drivers prevents the companies from adding more trucks to their fleet, hence missing on freight and auto transportation offers simply because of lack of drivers.

The driver retention rate is just as scary as the drivers’ shortage – the turnover rate of truck drivers at large truckload fleets went up to 103% in the second quarter of 2014 and to 94% in the smaller truckload fleets, i.e. less than $30 million in revenue. These rates are at their highest since the third quarter of 2012 and if the industry continues to grow, it could only get worse. In reality, these numbers are projected to equal a variable of 240, 000 drivers between drivers’ supply and demand by 2022, unless the trend changes direction, according to ATA.

A number three concern and a growing trend for the Trucking Industry, according to ATRI is CSA, which stands for Compliance, Safety, Accountability; it is pretty straight-forward, CSA examines to what extend carriers and drivers are complying with the U.S. rules and regulations, how safe the motor carrier is and how safe is its performance, and last but not least – the accountability issue, which represents to what extend the trucking company is actually held accountable for any issues that might arise on the road.

Truck parking is another issue that has been a big concern for the industry. More and more goods are produced in the United States, but what is not produced here is imported and needs to be delivered to its final destination, which on the other hand leads to an increased demand for trucks on the road, hence an increased need for truck parking lots. Ironically, the new “Hours of Service Rule” highlighted a dramatic shortage of safe and available places for truck drivers to park. The rule requires drivers to take breaks and off-duty times at different locations; however, what do you do if the parking is full? Should the drivers keep on going, even though they are tired? It is a dangerous dilemma, which has led many drivers to park in undesignated parking locations in order to comply with the new regulations, which leads them to stay in an unsafe location and undertake additional risks. 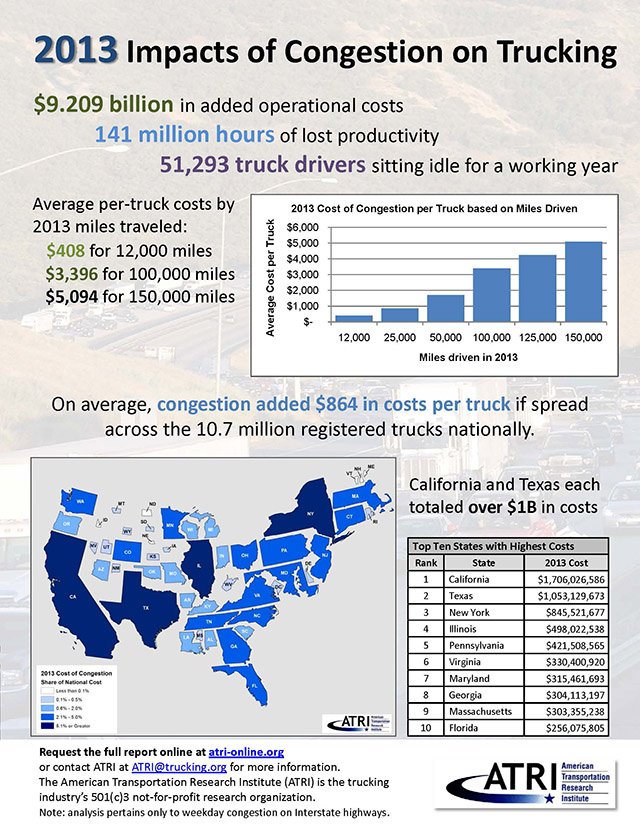 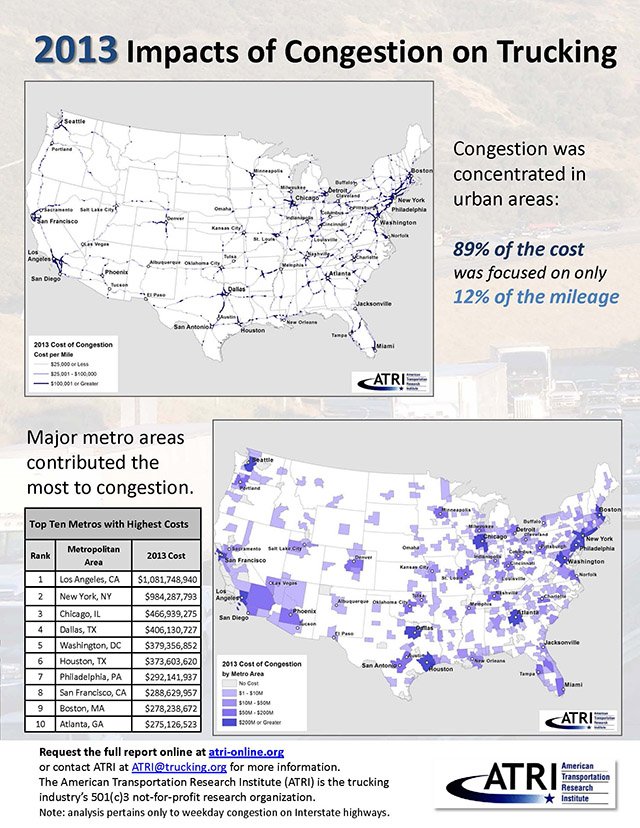 Not surprisingly, a growing trend for the trucking industry in general, and the auto transport industry in specific, is the infrastructure and traffic congestion. Having a product that needs to be delivered on time, means that trucks need to stick to a very tight schedule, which is heavily dependent on the state of the roads – highway maintenance and traffic jams. An estimated expense of $9.2 billion has been related to interstate congestion, according to ATRI, together with the crumbling infrastructure leads to the need for long-term transportation funding, which on its own creates an additional issue for the industry.

An important part of the industry is the health and wellness of its drivers, which is hard to maintain due to the hard conditions of the job itself. Obviously, there isn’t much you can do about the smog exposure when you are constantly on the road, however, when it comes to sleep deprivation, convenient food options, and off duty times, there is definitely a lot to more that can be done. It has been proven that improved health and wellness of the drivers has a positive implication on the safety and driver retention rates.

It is impossible not to mention one of the main concerns of all drivers, not only in the trucking and auto transport industry but in general – fuel prices. Even though we’ve noticed a considerable decrease in the last couple of months of 2014, this does not necessarily mean that the transportation industry is able to save. The increase in equipment costs, as well as labor costs in order to reduce the drivers’ turnover rate, has been balancing out with the reduction in oil prices, so in the long term it doesn’t come as a savings option, much rather as a break-even point for the industry.

Here are some statistics from ATA that provide an overview of the trucking industry:

The data provided above only signifies how important the trucking industry is to the U.S. economy and how codependent they actually are.