In January 1990, after four years of development, the world met Lamborghini Diablo. Originally the company commissioned Marcello Gandini, to whom we also owe Countach, Miura, and Espada, to work on the design.

However, Gandini’s concept was criticized for its sharp edges. The task was reassigned to a design team lead by Tom Gale, and Diablo, as we know it today, was conceived. As Jeremy Clarkson of Top Gear has described it, Diablo was designed “solely to be the biggest head-turner in the world.” An icon in every sense of the word. A dream ride for boys and men alike.

But the design wasn’t the only significant feature of Lamborghini’s new creation. Diablo was the first production car to have surpassed the 200mph speed limit. Powered by a mid-mounted V-12, it could also accelerate from 0 to 62mph in 4.5 head-spinning seconds. Impressive even by today’s standards. And to continue with the list of firsts, Diablo was the first Lamborghini to include safety features like all-wheel-drive, power-steering, and airbags.

At release, the base “bull” would sell for $239,000, making Diablo the most expensive mass-produced Lamborghini.

During its production run, between 1990 and 2001, a ridiculous number of Diablo iterations have seen the light of day. One such version is VT Roadster – the one we spotted in Monterey. It also happens to be Lamborghini’s first production convertible. 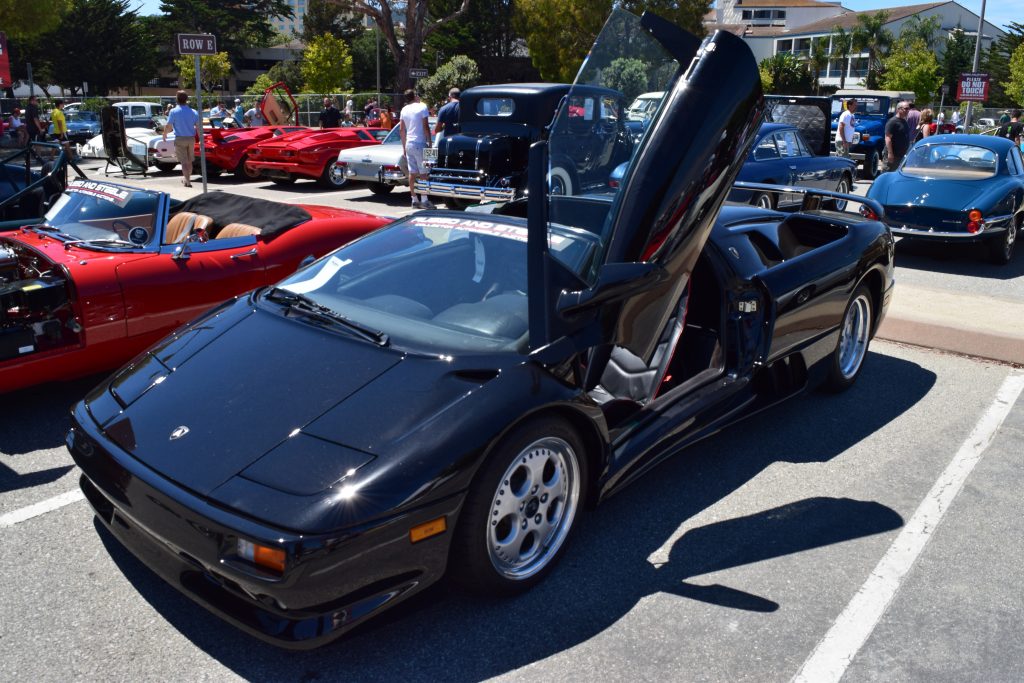 Would you park a Diablo in your garage?