Looking Back to the Cars of the Past

We keep on talking about Tesla and the future of electric cars, hybrids and Toyota’s belief in their future potential, Google and their self-driving cars. But sometimes too much thinking about the future can be distracting – it often makes us forget about our past and where we came from. So, this article we decided to devote to the cars of the past and all of the ‘innovativeness’ behind them.

Looking bback to the cars of the past

We can look thousands of years back and still not find the exact date of the creation of the first car. Not because we are denying Henry Ford’s Revolution. Exactly the opposite. Because it is just a milestone on the way, and we know there is way too much history prior to his invention that we shouldn’t be neglecting. People have been using “cars” centuries before the birth of Christ in ways we are not capable of accepting in present days. The sled, the carriage, even the modern automobile are only new forms of transportation ideas someone had thousands of years ago. 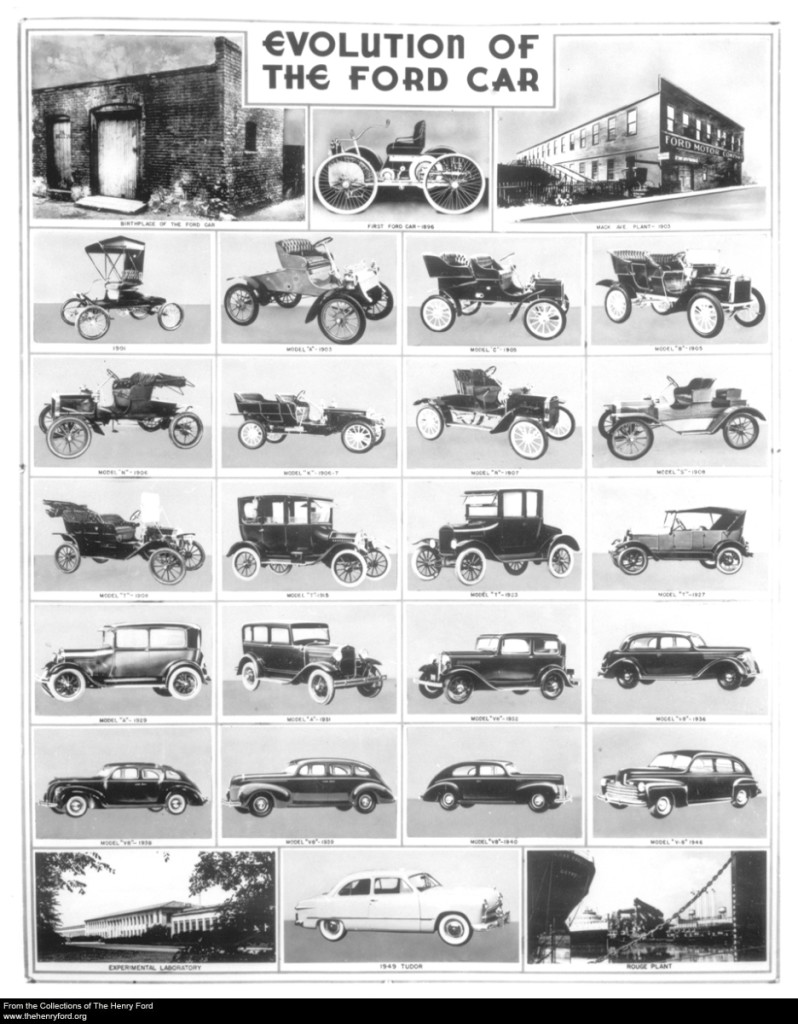 How it all began

Isn’t it peculiar that in the past people used vehicles mainly to transport not people, but objects that were too heavy to carry? For example, our ancestors used a sled to move a load from one place to another. Pulled by dogs, later by horses and oxen, sleds were the simplest invention that eased the burden of heavy loads out of people’s lives.  The domestication of animals gave a better advantage to people allowing them to communicate and transport packages across villages.

With the invention of the wheel more than 5,000 years ago, the wagon and the chariot became “the modern cars” of their time. The Roman Empire and Mesopotamia were taking advantage of vehicles long before the first discoveries of petroleum. The Roman roads and the canals of Mesopotamia were the first infrastructures ever established. They had become a reason for people to start thinking more about transportation. But it wasn’t until the late Middle Ages that people realized they could use their vehicles for more than just carting goods from place to place. Thanks to the desire for travel and discovery, by the 18th-century people had dozens of ways to move around and see new places.

Should I mention the air balloon explicitly? Or remind you of those weirdly shaped bicycles that we only see in circus today? Although we don’t classify these vehicles as cars, they all involve elements of the modern automobile and were essential steps in its development.

A birth of a car: the first rivalries

In the past, people mostly traveled locally, so simple mechanisms were more than what they even needed. With the invention of the steam engine, people’s thinking changed drastically. Ingenious engineers started crafting their own mechanisms, and soon the first engines were born. If it weren’t for Nicolaus Otto, for starters, we wouldn’t be even thinking about “the history of cars” today. And while the 18th century was just a warm-up, the 19th century turned into the battle of the first automakers.

Karl and Bertha Benz were the first to popularize the car as a vehicle for traveling. Intentionally or not, it was exactly Bertha Benz that turned the first Benz car into a sensation. It used fuel from the chemist’s shops and could barely move uphill, but there it was – taking Mrs. Benz and her children all the way to their grandmother’s.

Daimler and Maybach were the first rivals of the Benz family. They developed the first motorbike, but soon afterward partnered with Benz to create one of the oldest partnerships in the automobile industry and create what is today one of the world’s most valuable brands – the Mercedez-Benz. 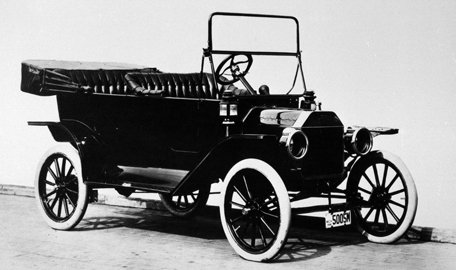 A Car for the Great Multitude

Undoubtedly, the most widely known car invention in the history of automobiles was Henry Ford’s Model T. And just like many of today’s inventions, his creation was conceived as a solution to a personal problem. Ford’s foot got caught in the stirrups of a horse. The man was dragged on a very unhappy tumbling journey back home. Having lived through several other similar misfortunes, young Henry decided he would create the simplest possible “horseless carriage” to solve the drama of traveling on a horse. It took him 12 years and eight different car models till he got what he was hoping for – Model T.

At that time the cars that Daimler and Benz created, immediately followed by Chrysler and Diesel, had price tags more suitable for rare collectible art than for a means of transport. Model T not only solved the safety problem with horse transportation, but it also made cars affordable to the masses.

To illustrate, let’s put it this way – Benz’s simple car model Victoria only sold 45 units because of its enormous price tag. On the contrary – Ford’s company sold around 15 million Model Ts. And a happy (and quite wealthy) Henry Ford wrote down quickly in his notebook: “The horse is DONE.”

Ford’s invention of the assembly line keeps on inspiring thousands of Americans to this day. In gratitude and devotion to the Henry Ford revolution, people keep on organizing events dedicated to Henry Ford. “The Old Cars Festival”, for example, gathers people every year to celebrate that moment in history. If you felt patriotic or nostalgic for a minute, don’t  – once a year you get a chance to join “the longest-running antique car show in America and try to assemble an antique Ford Model with your own hands. 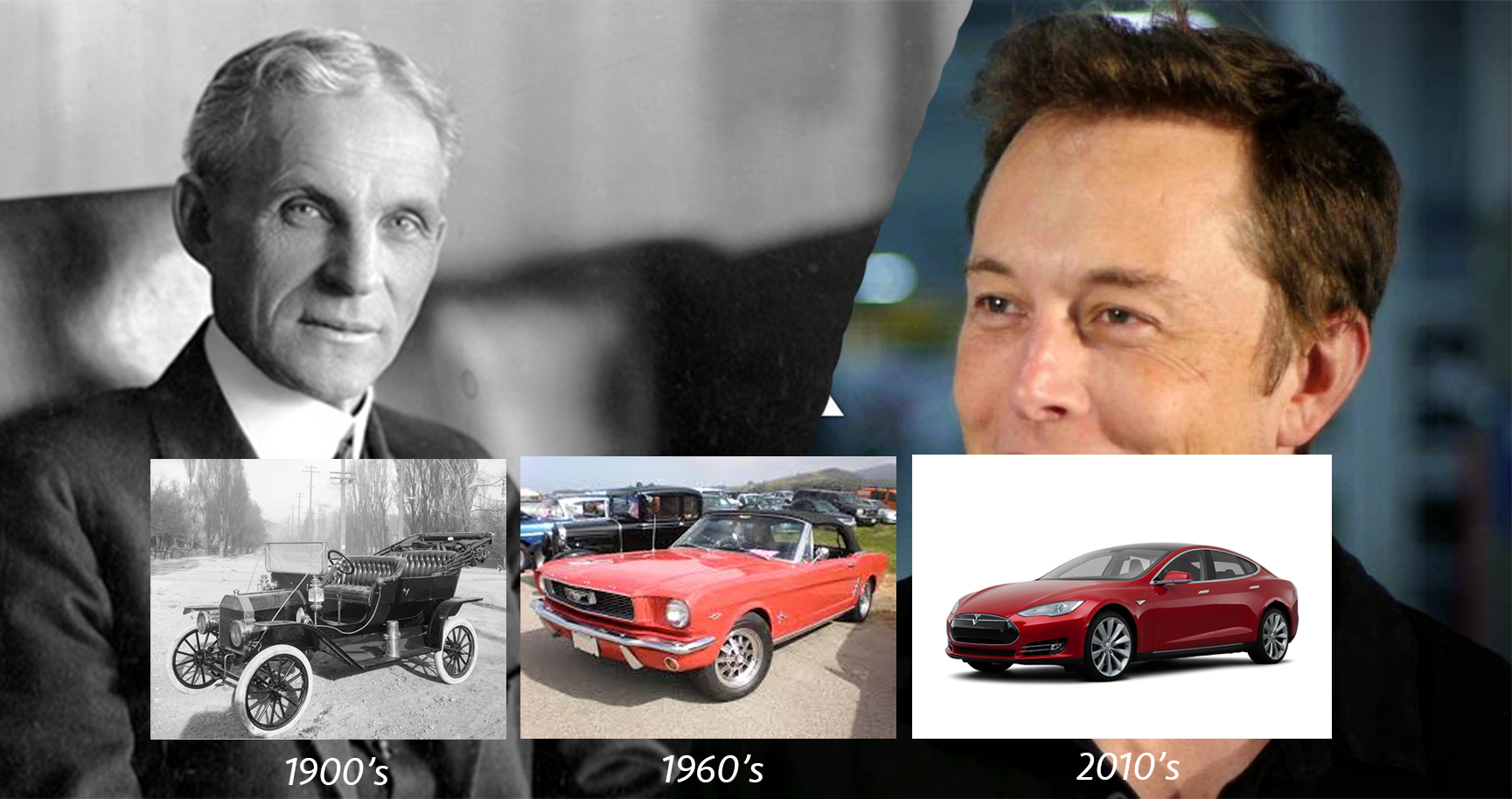 Does Ford’s story come to you as somewhat familiar? Or should I make this more obvious by openly saying that Henry Ford found his successor in the face of Elon Musk? Maybe we truly are living the second revolution of the automobile industry. Just a thought. Shared by many…

And wouldn’t it be funny? Funny that all this time the humanity has been progressing forward, achieving higher and bigger goals each day, we kept looking back for inspiration. Take Armstrong Phaeton, the world’s first hybrid, or “phantoms”, the self-driving vehicles from the past.  Deliberately or not, the new Tesla Model 3  will help people and humanity as a whole, just like Ford’s Models did. And maybe centuries from now, there will be “The Old EVs Festival”. There it will be – Tesla’s Model 3, just like Ford’s Model T, showing its aristocratic but also unpretentious look. And everyone will have arrived at the event in their modern self-driving cars.

Interesting. But how did we get from the past back to the future again?