What if I told you that you can have a car of premium quality, high comfort, and yet affordable? Honestly, that sounds like a mythical beast. If such a car existed, people would line up in droves to get it.  And indeed, only a few cars ever come close to delivering something like that at a good price.

Behold, Mercedes-Benz CLA: an affordable luxury vehicle that marries innovation and long history to bring something most people can enjoy!

What makes Mercedes-Benz different from others?

This company ranks among the ones with the richest history in the world of automobiles. Back in 1886, Karl Benz filed the first petrol-fueled car patent in the world. The first design resembled a three-wheel bicycle with an engine powered by gasoline.

But being first to hit the market doesn’t guarantee success. Believe it or not, people do not go out of their way to seek innovation. Early adopters are cool but scarce. Plus, it is never a given that your product or service can bridge the gap between a cult following and the mass market. So how did Mercedes-Benz manage to do it?

What is the history behind the world’s first petrol-engine car?

Karl Friedrich Benz, a German engine designer, and automobile engineer received the patent for a vehicle known as Motorwagen. Despite several failed attempts to found his first company, Benz kept experimenting until Motorwagen finally worked out.

An interesting fact is that his wife Bertha Benz financed the whole project. She bought some part of the company’s share using her inheritance. She was also the one who actually dared to drive Motorwagen for the first time. In 1888, Bertha Benz drove from Mannheim to Pforzheim in the Black Forest and back three days later. This was a journey of around 200 miles in southern Germany.

With all that said, the Benz family did not handle everything on their own. Later on, they cooperated with Wilhelm Maybach and Gottlieb Daimler, which culminated in the creation of the divisions Mercedes-Benz and Mercedes-Maybach.

The cars’ design and efficiency eventually improved and became more sophisticated. The first official Mercedes vehicle had a honeycomb radiator with a very effective cooling system. It was inspired by the structure that the bees create in order for honey to be stored. Who knew that German engineering borrowed from Mother Nature?

So far there have been more than 50 Mercedes-Benz models. They have targetted different classes of society, but mostly the upper echelons. Somehow the brand managed to become synonymous with luxury. And here is the story behind it!

Why Mercedes and why the logo?

The name was coined by Emil Jellinek. He was an Austrian businessman, a fan of speed and racing. He managed to convince Daimler to work on a speedy vehicle, which became known as the Phoenix 28 hp.

Later, he decided to rename it after his daughter, Mercedes, and so the name stuck for all the upcoming models. All people involved thought the name brought good luck and fortune.

But why the three-pointed star in a circle as a logo? What is this magic symbolism standing for?

Each of the pointed stars represents an important element: land, water, and air. The owners envisioned that the company would conquer all three fields. Interesting fact: there was also another trademark with four-pointed stars filed. This fourth element is thought to be space.

Does it mean that Mercedes also aims to compete in space at some point? That would be a nice surprise definitely! Hey, if that logo story sounded interesting, don’t miss this: Five famous car logos and the stories behind them.

Is the Mercedes CLA a good car?

Luxury brands don’t always have the best reputation. That being said, the marque did some good work with Mercedes-Benz CLA. They took quite the risk, as it is the first front-wheel-drive sedan of Mercedes-Benz to date.

Introduced in 2013, the model was designed to be a luxury executive car. It resembles the performance of a sports car but has the form of a four-door coupe.

It seems like Daimler (the company behind the marque) scored a hit with the price of the vehicle. You could initially get a C117 CLA-Class at only $29,900. People gobbled the model up with more than 100,000 units sold in the first year globally.

As with all modern vehicles, the CLA model came in various trims. Cars from the lineup have four-cylinder engines, allowing you to choose between gasoline (1.6 L or 2.0 L), and diesel (1.5L, 1.8L, and 2.2L). Of course, a lot of attention is paid to providing luxury interiors too. The comfort this car offers does not disappoint.

We don’t want this to sound like an advertisement, but the model can seriously impress you. Considering that the first-gen is now discontinued, you can get it used for much less money! What about the second generation though?

Should you get Mercedes-Benz CLA 2nd generation?

Though people like to cling to older stuff, in this case, the engineers at Daimler have only built upon their first iteration of the model. The second generation offers a lot in terms of safety systems and it makes driving it more fun in general. They have actually taken their S-Class (flagship) technology and have put it in the CLA lineup. That is definitely a good move!

In terms of design, the new generation gets even more aggressive. To be fair, most new vehicles follow this trend so there is nothing that remarkable about the CLA design language. That being said, its aerodynamic design is much appreciated.

All in all, the second generation of Mercedes-Benz CLA delivers more without feeling drastically different from the first one. If you do not want to be on the cutting edge, you can get the first-gen and enjoy it just the same. Speaking of which, you should know a thing or two about buying a used one. See below!

How to buy and ship a used luxury vehicle? 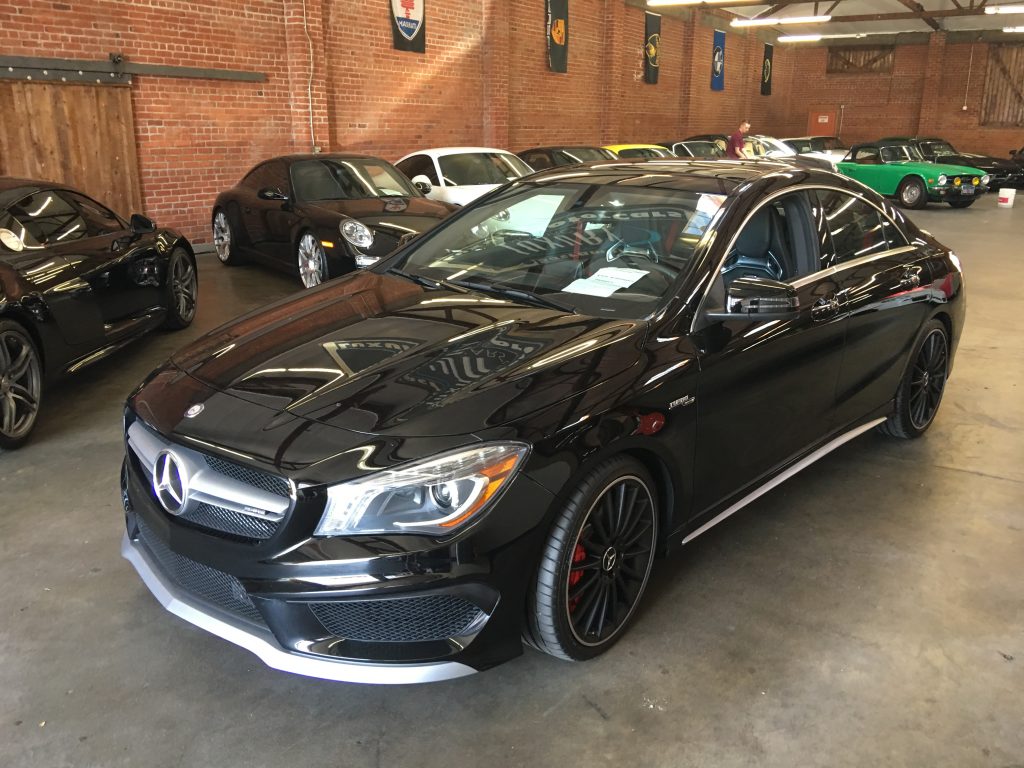 Since Mercedes-Benz CLA falls within the luxury segment, people tend to treat those cars differently. They usually take good care of the car throughout its life and keep up its aesthetics. That means that when you find one online and want to ship it, you should be careful. Traditional open auto transport may not be the best choice for you in that case.

A vehicle of premium quality needs premium attention and conditions while shipping. Therefore, it is essential that you pay close attention to the shipping company you will trust with your car. Clear and transparent communication with the staff regarding quotes and shipping conditions is essential.

Here are some practical tips for you in how to choose the most appropriate shipping company:

We, at Corsia Logistics, have extensive experience in shipping luxury cars. We usually recommend enclosed carriers for shipping high-end vehicles and put emphasis on continuous guidance throughout the whole process.

In case you have any questions regarding shipping a Mercedes-Benz CLA or any other luxury cars, you can reach out to us by dropping us a line via our online chat or call us at (818) 850-5258 and we will be happy to assist you! And if you want to learn more, read this: Shipping a luxury car guide!