What’s your first thought when you hear about Austin, Texas? Is it the South? The Texas rodeos? Or simply the hot weather? Once known as a crowded college town, today Austin is the fastest growing city in the US. In 2015, population growth rate was 3.15% (Forbes), surpassing even San Francisco and Seattle. We can proudly say that Austin nowadays is much more than the city of hipsters, music, and taco eating. But they are definitely in the basics!

The prospects of job opportunities and great live music after work cannot be neglected. Even by you. We are sure you are with one foot already in Austin. But before you fully leave your nest on a hunt for the southern life, make a good moving plan.

The beer is cheap in Austin, but the rent is quite expensive. Make sure you have some cash stored up. When everything is cheaper, you are more likely to spend more, too.

Because Austin is such a competitive market for renters, finding an apartment there can be more difficult than you think. Focus first on the feel of the neighborhood. Then, consider your commute and your budget.

People in Austin are really friendly. Still, if you moved to Houston or Dallas, they would love you for it. So make sure you have someone close to you who you can truly call a friend.

Choose the right time of the year

You don’t want to be moving when it’s over 100 degrees outside. Most newcomers will want to move during the fall or spring to avoid the heat. Watch out for the craze around the music festivals, too!

Don’t drive down to Austin

You will definitely want your car down in Texas, but it’s crazy to drive with everything you have to move. If you are coming with your wife and kids, it will be a nightmare. Better jump on a plane and land in Taco land without worrying about driving, bathroom breaks, and bad Texas driving. Let movers take care of your household possessions and a professional auto transporter ship your car.

Shipping your car to Austin, TX

In Austin, thanks to Car2Go, you can always rent a car right off the street whenever you need it, and drop it off wherever you want. It’s a great option for a short visit, but it’s not very efficient if you want to live and work there full time. Public transport is not so well organized as in other big cities either. So, if you still had doubts whether to take your car to Austin, we definitely advise you to do so. You will rely on it quite often. If this is your first time shipping your vehicle, don’t panic.

There is only one essential point to keep in mind – look for a company that gives you a realistic price and an honest talk. 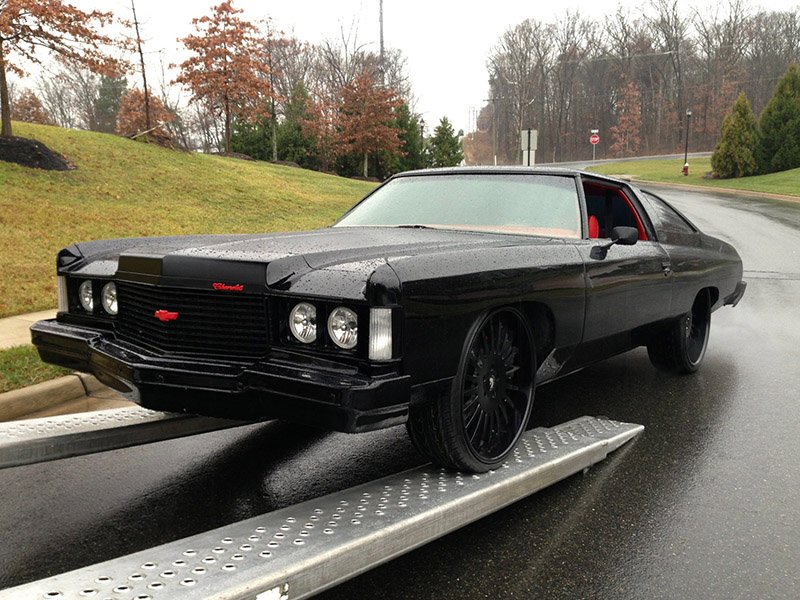 Shipping your car to Texas is easy with Corsia Logistics.

At Corsia Logistics we believe that transparency is key when choosing who to entrust your car to. So even if you don’t have any prior experience with car shipping, our experts are here to help you. You can ship your vehicle with Corsia Logistics in five simple steps:

Any moving experience can be a trouble when you don’t have the right partner to help you in it. So plan ahead and don’t stress over the details. We advise you to make a booking with an auto transport company at least two weeks in advance.

Prices are affected daily by consumers demand and the availability of carriers. The earlier you ask for a quote, the more likely you are to get a better price.

Corsia Logistics ships vehicles across the country on a daily basis. Whether your car needs to be moved from California or New York down to Texas, we have you covered. You don’t want to be driving over 1000 miles on your own with all your boxes in the back seat. Let us take care of your vehicle, so you can put all your attention to the moving process.

What Makes Austin so Great

Austin has the charm of a small city with big potential. There are tons of things to explore. The city might be small in area, but it is rich in content, as they say. You can get to downtown from almost anywhere in 20 minutes if there’s no traffic. And once you get there, you will be amazed because Austin is…

The Live Music Capital of the World

The Austin City Hall officially approved the title in 1991 following the discovery that Austin held more live music venues per capita than any other place in the nation. Today, there are nearly 200 live music venues in Austin, which means you can definitely catch a show each day of the year. Jazz, country, blues, or indie rock. You name it. Austin has all sorts of sounds.

Austin is also home to some of the largest music events and festivals in the world, including SXSW in February, Austin City Limits Music Festival (ACL) in March, and The Urban Music Festival, Fun Fun Fun Fest, the Pachanga Festival later in the year.

Unemployment has been declining since 2008 and is currently at rates lower than the national average. The 2015 Milken Institute’s Best Performing Cities report recognized Austin as the second best city for job creation and sustainability. In fact, Austin logged the second-fastest job growth in the nation over the past five years.

Austin is also one of the best cities to start your own business, especially if that’s a tech startup. A CNBC survey placed Austin at the top location for new business owners in 2016. The results are based on the analysis of the 20 key criteria business owners should evaluate before choosing a business location.

If you are not into outdoor sports, maybe you are into outdoor eating! Barbecue is religion in Austin, and food trucks are more common than coffee places and donuts! Should we mention that beer is super cheap? You will be surprised at the low beer prices and the number of people that take advantage of that. Lakes and beaches are crowded with beer drinkers.

Despite their love for food and beer, Austin residents are quite healthy. Shape Magazine ranked Austin as one of the fittest cities in the nation. No wonder. People there love doing sports in the open air. Even athletes from other cities come to Austin to practice during winter, so everyone is outside all the time. You can see people jogging at Town Lake or swimming at the famous Barton Springs Pool. Bikers are everywhere, too. The Bicycling Magazine named Austin one of America’s Best Bike-Friendly Cities.

As soon as you get there, make sure you check out the hike and bike trail around Ladybird lake. No matter what time of the year you get there, Austin can offer you plenty of entertainment… and a dose of weirdness. If you want to find the best locations in the city, take a look at The Austin Chronicle. It’s free and can be found everywhere. But if you want to get a bit of the Austin weirdness, you’d better befriend a local. Or find the book “Keep Austin Weird” in one of the local bookstores.

Before You Move to Austin, Consider This

Apart from the weirdness that still lives in the city (and makes it so lovable), there are some things you should keep in mind before you start packing.

The climate in Austin is a thing to look at prior to your trip. For one thing, summer gets really hot! Like deadly hot. The city holds the record for the highest number of consecutive days with 100 degrees and over. On the contrary – winter is quite scary. As soon as there is any sort of winter weather forecast, the city shuts down. So if you are moving soon and planning on shipping your car during winter, stock up some essentials in advance.

Even though Austin is just about 1 million residents and is still considered a small city, the cost of living is quite high. Yes, you won’t spend 99% of your income on rent, but it won’t be a single 1% either. Beer is I quite cheap, though. And food is everywhere! Another benefit is that there is no state income tax. But the apartment costs keep on rising, somewhat compensating all the great cheap things. You might find it hard to get yourself a good deal on a flat. Especially if you want to live downtown – apartments are super expensive, almost like NY and the bay area. What is great though is that Austin is one of the greenest cities in the US. The American Council for an Energy-Efficient Economy rates the city as the ninth most energy efficient city in the country.

In general, the Austin traffic is not as bad as cities like ATL and LA. Many Californians move to Austin primarily because of better traffic. Yet, there are a few times in the year, however, when it can get pretty jammed. Festival days, for example, can be a torture. Unless you are actually attending the festival. Then it all makes it worthwhile.
There is a very poor public traffic system in the city, so you will end up driving a lot. You should always keep an eye on other drivers no matter the traffic situation. Texans drive aggressively so watch out.

When we use a plural, we really mean it – all four seasons. People who live in the area are used to allergies throughout the whole year. With the beginning of the year and the cold winter temperatures, mountain cedar pollen hits the area. This drought-resistant evergreen produces the pollen that makes many residents in Austin miserable from mid-month to late February. With the beginning of spring, pollen from oak trees becomes the allergy catalyst. Summer allergies come thanks to grass that mowers spread in the air, while ragweed is the reason for fall allergies. On top of that, there is dust and mold throughout the whole year. So if you have allergies in general, better think in advance before moving to Austin.