Many of you know Las Vegas as the Sin City. What happens there, stays there. Right? Right. And this is why we are here to convince you that the city is worth much more than a weekend trip. It is more than suitable for a permanent stay, indeed.

Up until recently, it was only the adventure seekers that wanted to visit the city. In the past years, however, the city has grown to be much more than America’s gambling capital. We are here to show you what lies beneath the surface – what makes Las Vegas a typical lovely American city. Las Vegas is much more than what we see on television and in movies. Hotel ads you see on TV may feature-wealthy, white revelers, but the real Las Vegas is much more mixed than the glossy ads would have you believe.

Enjoy a low cost of living and pay no taxes! Unlike many big cities in the USA, Las Vegas is still on the affordable side. According to Zillow, the median home value in Las Vegas is $197,500. The city recovered slowly from the recession. And now the housing prices are back on the rise. So if you want to buy a house, you’d better hurry up. You are quite lucky though, as prices in Las Vegas have not hit the ceiling that cities like San Francisco have set.

Another major benefit of living in Las Vegas is the tax conditions in Nevada. The fact that there is no state income tax has been enough of a reason for many to move to Las Vegas. The reason for this perk is… the massive flow of tourists. Duh. There were 42.94 million visitors to Las Vegas in 2016 only. Like other tourist-friendly states, Nevada funds itself through sales and use taxes. Sales taxes start at 6.85% and make up around three-quarters of the state’s revenue. The fiscal policies are very friendly for businesses as well. So you might feel more motivated to start your own business in Las Vegas than in Los Angeles, for example.

Get Your Car and Fix the Air-conditioning

Las Vegas is not one of those cities that take public transport to heart, despite the fact that transit is quite well organized. It is still much of a driving city because of the large distances. Las Vegas is not just a Strip in the dessert after all. It’s not just Downtown either. There’s Summerlin, Henderson and North Vegas, too. And the distances are quite big, so you will definitely need a car. With air conditioning. It is quite hot in July in August. If you drive, make sure you keep some emergency water in your vehicle. It might be a good idea to wear sunscreen daily, too. And keep some extra sunscreen in your bag and your car. It is a dry heat out there. Many locals even opt for moving away during the summer months in favor of a cooler place.

Since it’s a driving city, traffic in Las Vegas can be quite bad. Make sure you keep this in mind when you go out for important events or meetings. What might come as a pleasant surprise is the parking situation. You will see that despite a large number of vehicles, parking spaces are not such a limited sight. Quite often. Sometimes they are even free. Free as you park in every hotel on The Strip for free!

Ship your Car and Be Calm about It

The traffic to the Sin City is always heavy, especially on weekends. If you decide to transport your car yourself, get ready for congestions and frustrating stop-and-go traffic. Also, if you are coming from LA, check the condition of the route – some part of Interstate 15 is always under construction, and you are very likely to encounter inadequate signage and poor lane markings. This, combined with a large number of travelers, results in frequent last-minute lane changes which lead to accidents. So why bother going through all that?

If you opt for a professional transporting company, make sure you do some research first. When researching and booking your carrier, always ask for experience! Read customer testimonials and make sure you call and ask questions before trusting the first low price you receive online.

If you are coming down from LA, we can help you transport your vehicle. Corsia Logistics is a Los Angeles-based auto transport company. We travel this route daily and know every square inch of it. All the carriers we work with are properly insured and possess excellent safety record. If you are not sure where to start, give us a call at (818) 850-5258. Transparency and partnership are essential to us. If you want to know the average price, check out the factors that could affect the final price of shipping a car to Vegas. It is not as hazardous as you might expect a Vegas trip to be, that’s guaranteed. For more information on auto transport, you can check our FAQ section and browse our website.

Bring a Pet and Watch out For the Insects

With the high temperatures in summer, Las Vegas becomes a host to many unfriendly wildlife species. With the desert being right around the corner, there is a high chance you come across some two-, four-, or six-legged desert creatures. They might as well turn out to be your neighbors! Spiders, scorpions, bees – all can be carriers of diseases and infections, so watch out.

Typically for Las Vegas is the black widow – a shiny black creature with a red hourglass marking on its body. You can find it under rocks, in woodpiles, under mailboxes, and in irrigation boxes. It is not really painful when it bites you, so it’s often unnoticed, but the venom can cause pain, cramping, and muscle spasms, typically within the first hour. What you should do first is wash the wound thoroughly with soap and water, apply ice or a cold compress to reduce swelling, and take a painkiller if necessary.

To compensate for the traumatic feeling the idea of the black widow bite, let’s think of puppies! Cute, fluffy animals that only want to cuddle. Sweet. Let’s not forget that there isn’t much green around Las Vegas. Thus, you will not see a rich in flora and fauna scenery. Yet, the city is a host to a large community of dog lovers. This is why there are five really nice parks that welcome your furry friends: the All American Park, Centennial Hills Park, Charlie Kellogg and Joe Zaher Sports Complex, Children’s Memorial Park, and the Barkin’ Basin Park.

Essentials to Know to be a True Local 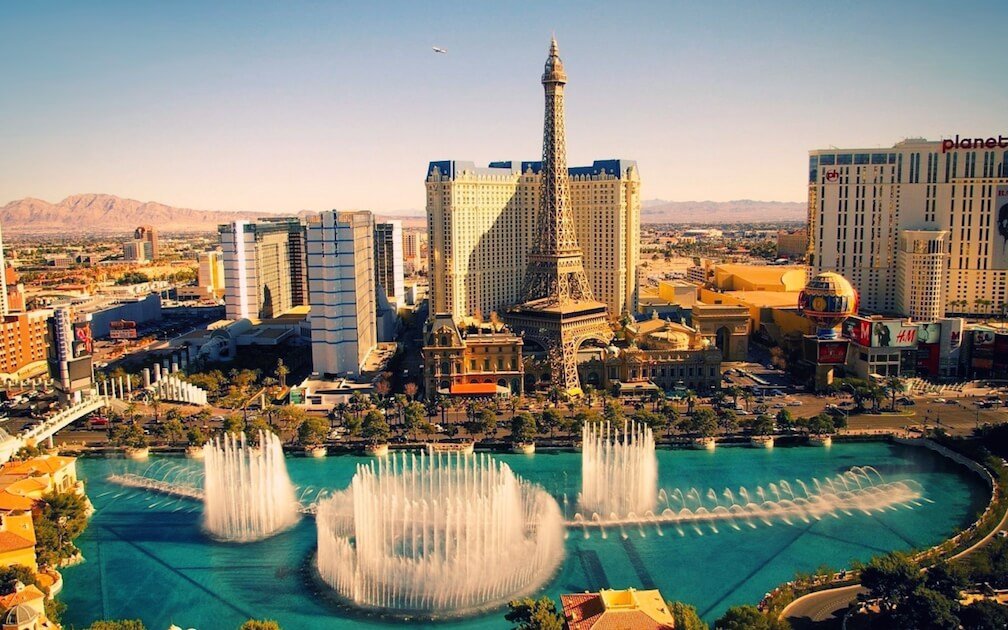 Downtown is NOT the Strip

Hollywood has turned the Strip in the sole representation of Las Vegas. Yet, if you are really determined to become a local, then you should know this: the Strip is not the same as Downtown (DTLV). Not just when it comes to atmosphere, but when it comes to location. These are two different areas of the city, separated by at least several miles of shops and businesses. The Strip is what has made Las Vegas famous all over the world, but Downtown is where you really want to hang out if you live nearby.

The area is now home to artists and entrepreneurs, who give a new vibe to everything around. If you are into the arts, you will love this monthly event: First Friday Art Walk. Every first Friday of the month, you can find the DTLV arts district full of food trucks, booths with local artists displaying their wares, and plenty of live music.

Vegas IS the new Silicon Valley

The city is getting under the influence of the Californian startup culture and is bringing it to the region. There is a growing community of entrepreneurs in Las Vegas who bring livelihood in the business sphere in the city. Zappos opened its new headquarters in DTLV. The founder, Tony Hseih, recently made a $350-million donation for the revitalization of the Downtown area. The investment was intended for boosting the businesses in the area, thus creating a mini-tech nirvana. Parts of it, however, went towards a party bus and an installation resembling a giant praying mantis originally built for Burning Man.

The economy in Las Vegas is on the rise. And this is quite visible in all construction sites in the city. New buildings keep popping up like spring flowers, and the yellow cranes are now more than the giant 5-star hotels. More people move to the city exactly because of the new business opportunities. The most promising job, however, is still the bartender. Apparently, you can earn around $100,000 from flipping bottles behind the bar. Cheers to that!

There ARE attractions beyond gambling

Las Vegas is more than just a city of 24/7 roulette and slot machines. The entertainment in Vegas does not end with what you can do in restaurants, casinos, and bars. Or what you can see in the streets, for that matter. Everyone who has visited the city once knows Vegas Vic. The oversized neon cowboy that presides over downtown’s famed Fremont Street. Yet, do you know that this is the largest mechanical neon sign in the world? Quite spectacular. There is no accident that Las Vegas is called the city of records. If you dig into that, you’d be surprised.

As a resident of the city, you will be able to witness some of the best talents in the country. Sometimes even with a discount. Instead of the usual cruising the Strip you can check out the Mob Museum, the Neon Museum or the Burlesque Hall of Fame. The shows hosted in Las Vegas are spectacular! If you love music and going to big concerts is your thing, moving to Las Vegas will be a game-changer. The area offers some off-beat cultural attractions in addition to the hidden treasures in the city. Make sure you explore the region so that you can shine with your knowledge in front of your first visitors. The Valley of Fire, Lake Mead National Recreation Area, and Red Rock Canyon offer hikes for every level of difficulty with incredible views of Vegas and the surrounding area.

Traditionally, Las Vegas has never been a city of sports. Yet, this is about to change. As the Oakland Raiders are moving to the city, the sports environment might get disrupted. Get ready. There will be more of that to come!

And you thought it was only about gambling …