Are you thinking of moving to Miami – where summer is in charge yearlong (except for that day in January), and Spanish is king?

If the answer is yes, then you might want to take a look at our guide and tips on settling in Miami. In order to know what to expect from Miami, you need to get acquainted with the state first. So, what is Florida all about? Believe it or not, there is more to Florida than snowbirds.

Things to Know Before Moving to Miami

No State Income Tax! However, you still have to pay the sales (6% on everything, except for groceries and medicine), property, and corporate income taxes. Depending on the county, though, you can get up to 1.5% on top of the state sales tax. For more information on taxation in Florida and the different counties, visit Florida Department of Revenue. If you need to administer your general taxes, property taxes, or child support, when you arrive in Miami you can go to the local service center for assistance. Don’t forget that some moving expenses can be tax deductible.

There is a quite an unpleasant surprise hidden behind the palm trees and warm climate of Florida. According to a report released by the Florida Alliance for Retired Americans (FLARA) in 2016, titled – Florida – A State of Continual Embarrassment, the state has many ongoing issues such as – having one of the highest poverty rates among all States (16.8%), 3rd highest income disparity between the top 1% and the bottom 99% of the population, with Miami being the 3rd worst city for income inequality among the 50 largest cities.

In the report, you will find a number of other issues as well. Various problems put Florida on the leading spot in terms of violent crimes – such as attacks on elderly and number of school shootings, unacceptably high rates of public corruption and fraud, not to mention that Florida’s roads are considered the worst in the country for pedestrian safety. Moreover, Florida is the highest in number of identity theft complaints.

No wonder the average time an outsider spends in Florida is two years. That’s how long it takes to realize that the tropical climate is not enough to make your life better.

Don’t be discouraged though. It’s not all bad – Florida and Miami have a bright side as well. They not only offer relaxed Friday nights on the beach and the opportunity to look at beautiful girls everywhere you go (ok, mainly Miami Beach), but much more.

The lowest average temperature in Miami is 60F in January, and the highest average temperature is in August – 90F, which doesn’t sound bad, does it? The problem is the humidity – average high at 7 am is 83.9% and the average low at the same time is 60.5%. So let’s just say that you might not want to turn that AC unit off… ever!

To choose the right neighborhood for you and your family, you might want to consider using Neighborhood–O–Meter for the Miami-Dade County . It provides you with a map and information about each neighborhood based on safety/crime issues, poverty, aspect/how well kept the area is, amenities, reputability, etc.

Understanding the map: you really want to avoid anything with yellow, orange, or red color; it signifies a higher crime rate and generally unsafe neighborhood. For instance, Liberty City, Miami Gardens/Carol City, and West Little River are out of the question for a safe place to live in.

According to the Economist, the prices of condos in Miami are picking up speed and have gone up with more than 40%, at the same time Miami’s Downtown development authority is promoting the city’s nice weather and low taxes in order to attract more companies to move there.

Of course, if you take a look at the chart you will notice that Miami’s property prices are still far cheaper than in other major cities. At the same time, the average income per capita in Florida is lower than that in those same cities. So, if you are planning on moving to Miami and making some money there while saving on rent, well…. it might not work out.

If you need more information on your property value and help calculating your property taxes, you can visit the Miami-Dade County website.

When it comes to renting a place in Miami, the picture gets even uglier. You know how they say that not more than 30% of your salary should go to rent and utilities? Well, according to Miami New Times, only the rent in Miami equals to about 43% of your paycheck. According to the New York Times, the reason behind it is that there is no incentive to build for the locals, given the amount of interest Miami’s properties are getting from foreigners and the wealthy part of America.

According to Miami Herald, the job market situation looks brighter in Miami, and Florida in general. In June, Miami-Dade’s jobless rate fell to 4.8 percent. However, the unemployment rate in the county is still higher than in Florida in general and in surrounding areas. According to some economists, higher cost of living relative to income is to blame.

As we discussed above, the pay rate in Florida (Miami included) is not the greatest and it actually falls below the average of many other states. Follow the link to find the typical hourly wages in the Miami-Dade County, according to the Massachusetts Institute of Technology (MIT).

According to the Economics Policy Institute, the annual family budget for an adult with one child living in the Miami Metro Area is equal to $52 068 (on the website you can calculate the budget for your needs). And according to the Census Bureau’s American Community Survey from 2015, the median income for a household in the same area was $50 441. As you can see, managing your budget in order to fit into the average income for the county will be almost impossible.

Monthly costs for a family of 1 parent and 1 child in Miami-Miami Beach-Kendall, Florida.

If you don’t have a car, you can check out the Miami-Dade Transit Page. It provides plenty of information about the different types of transportation and card purchasing. Although, many Miami residents insist that owning a car is essential. Unless you choose to live somewhere along the beach area or Downtown. Many call public transit archaic and unreliable.

Owning a car in Miami is not all roses either. Once you get behind the wheel, prepare for big traffic jams. And parking situation, especially in South Beach area can be quite tough.

If you decide to bring your car to Miami, consider hiring an auto transport company. Let professionals who move cars for a living ship your vehicle to your new home in Miami. Cross one thing off your moving to-do list, so you can tend to other matters.

Get a free, no obligation quote to ship your car or motorcycle with Corsia Logistics. Whether you are moving from Boston to Miami or anywhere else in the US, we’ll be happy to take care of your auto transport needs. 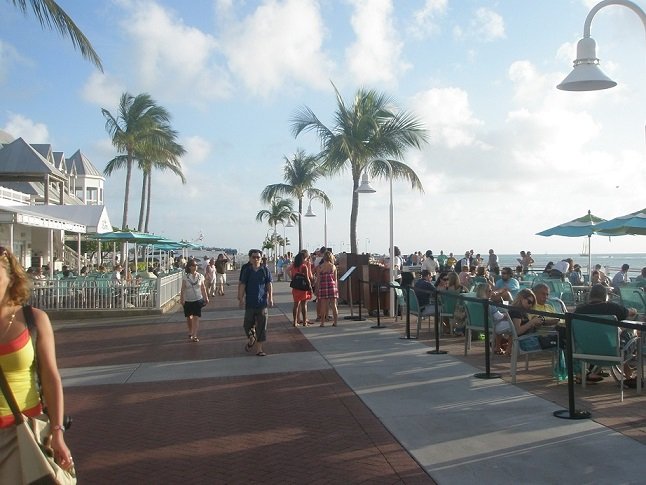 Of course the last, but not least, when it comes to making a decision whether to move or not to a new place, it matters what you can do there to have fun. Below, you can find a list of the top places to go to and enjoy yourself with family and friends (maybe even make new ones):

Miami is one of those places that look good on pictures or while you are there on vacation. But when it comes to actually moving there, the picture may not look as nice anymore…..unless, of course, you are well put off and and none of the issues mentioned above are on your “worry list”.

Now, if you happen to be moving to a different location (or this article simply made you change your mind), check out some of our guides for Boston, Seattle or maybe Los Angeles.