If you are Formula 1 fan living in Europe you have to get up around 5-6 am to watch the race. How do I know that? Well, I am one of those people. Not that I am so much into sports, but sports like Formula 1 deserve the sacrifice. I didn’t think I would give up precious hours of sleep for another sporting event until I’ve heard about Formula E.

What is Formula E?

Like Formula 1, Formula E is an auto-racing sport. The difference is that it features electric-powered cars only. This new auto racing championship officially began on September 13, 2014, in Beijing. Channel 5 in the UK has recently announced they will start airing the 2016/17 and 2017/18 seasons of Formula E.

Where does the race take place?

As electric cars are not suitable for long and high-speed tracks, Formula E races usually take place on a 1.2-2.1 mi long city-center circus. Yes, you read that correctly. Formula E host cities: Paris, Mexico, London, and Beijing, allow fans to enjoy racing events without having to travel beyond the city center. In the coming seasons, Formula E races are expected to take place in Australia and Africa.

What are the rules of the race? 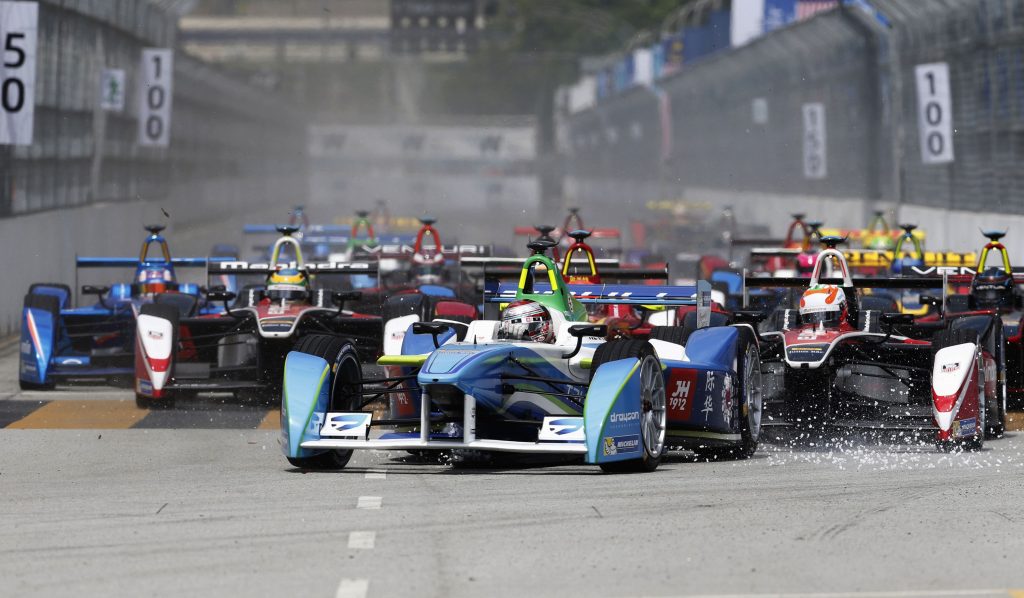 As a relatively new kind of racing, Formula E consists of ten teams with two representative drivers per team. Among the rules of the FIA Formula E Championship are the following:

How is it different from Formula 1?

When it comes to the number of points rewarded, in this new kind of racing points are the same as in F1. The difference is that extra points are handed out for pole position and the fastest lap. Compared to F1, Formula E pit stops require drivers to change their car instead of just swapping the tires. Another difference between these two auto-racing sports has to do with team budget caps. Compared to outrageous $44m in F1, Formula E’s budget cap is $3.5m.

Most importantly, if you ever attend a Formula E race, you will for sure notice that unlike noisy F1 cars, the electric cars are slower and produce less noise.

Have you ever watched a Formula E race? Tell us about your experience! If you’ve never heard of Formula E, would you be curious to learn more about this racing event? Or maybe you can consider taking your loved one to see this exciting event, as a gift to an auto enthusiast! Share your thoughts, questions, and stories! Thanks!