Published in 2014 by the John Hopkins University Press, an article by Gjis Mom shows the importance of production and consumption of sound and other senses, which transformed the car into a comfortable and “multi-sensorial “room on wheels.” Mom says that the advances in technology allowed the car to be more comfortable. “Car mobility was in the middle of this debate, as it was a leisure pastime that, according to many contemporaries, had to be “roughened up” by auto camping, with its “soft primitivism.” He adds that the closed car design “was one of the most complex and costly operations in the history of car technology,” taking US car designers about 15 years to finally accept the new way of traveling.

Thanks to mass production, cars started to be used not only by upper classes, but also by a growing number of middle-class families; and the notion of using cars only for adventurous purposes was coming to an end. 1914 tourists statistics showed that it was, in fact, cheaper to travel by car compared to train for the whole family. The annual statistics of the National Park Service, founded in 1916, showed impressive numbers of the automotive tourism movement. “In 1928, 11 million cars (of 20 million registered) participated in summer tourism involving 44 million individuals, of whom 32 million lodged at hotels and motels and 12 million camped.” 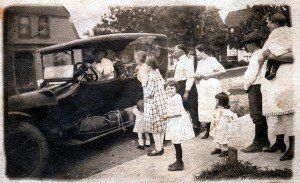 By the 1920s, families were turning more and more from trains to cars, which offered great personal mobility and comfort at lower cost. “In the nine most popular vacation regions that participated in “the business of selling scenery,” only 7 percent of visitors were “home-staters,” according to Mom. Furthermore, since many Americans wanted to explore their own country first, the use of national roads began to grow rapidly. In addition, Americans not only increased their travel distance on national roads, but also the speed of travel. “Lengths increased from an average of 125 miles in 1916 to 400 in 1936; and accelerating speeds became a “pernicious disease,” according to Outing, the tourist and recreation magazine.

Owners desired cars that served recreational, as well as practical needs; but travel for pleasure seemed to prevail. To facilitate travel for tourism, the mechanical characteristics of the car had to be geared toward those of the “affordable family car”.  And although Ford’s Model T was often described as the “universal car,” during the 1920 mass production of other car models started taking place.  Cars were heavily marketed to middle-class families just like other creature comforts, such as the bathtub or telephone.

Reports by the Journal of the Society of Automotive Engineers (SAE Journal) as well as various surveys by the National Automotive Chamber of Commerce (NACC) showed that there were other important factors that helped shape the new automobile culture. A NACC survey on general-function problems concerning the automobile’s comfort, economy, performance, and speed which was sent to 20,000 car owners in 1920, showed that “about 10 percent responded, regarding endurance and economy of operation foremost, followed by comfort, price, and appearance. Remarkably, speed was nearly at the bottom of the list, just before service appointments.”

In most cases, car manufacturers and engineers did not have a clear idea of what the buyers really wanted, leaving a considerably huge gap between what the buyers were looking for and what they were eventually getting. Many Americans considered European automobiles more qualitative and comfortable compared to cars produced domestically. “But soon, U.S. automotive engineers began to distance themselves from their European counterparts (often reducing “Europe” to only the UK), just as European engineers did vis-à-vis U.S. car technology, hence setting in motion a process of mutual stereotyping that characterizes one side by defining the alterity of the other,” Mom clarifies.

According to SAE Journal, US engineers, unlike their European counterparts, based their designs on what customers wanted; but what they designed, in the end, was nothing like what the customers were really expecting. “The engineers also had their own ideas when it came to design, consisting of at least two attributes that were not subject to discussion: production costs, and the decision to go with the gasoline engine over others.” 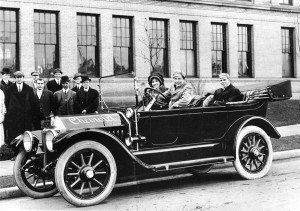 The construction of a masculine car which combined both the adventure and civilization was a straight-forward ‘challenge’ to its silent competitor. According to Mom, engineers were not only creating a product that best represented their ideas and beliefs but were also shaping the consumer’s opinion. By having their own ideas about how the cars should or shouldn’t be designed, U.S. engineers insisted that customers had to be “educated” about what worked best for them.

Mom illustrated, with several examples, how the co-construction ( the negotiation between constructors and customers) worked. The reduction of noise and gear shifting, the introduction of a new tire type, as well as the transformation of open cars into closed ones, were all part of a the car’s co-construction.

Before the World War I, the car engine noise used to indicate that the car was powerful and modern. This opinion drastically changed soon after the war. A noiseless engine showed that the car was efficient, modern, and consumed less fuel compared to cars with loud engines. Once the car started to be seen not just as a mode of transportation, but the “family touring car,” people started focusing more on its sensorial characteristics, including noise. A key role in this transformation played the new car design that made it more comfortable, allowing travel time to become more of an experience.

Gear-shifting, which according to customers was ‘complicated,” made car constructors work on finding a way to reduce drivers’ need to shift gears. The consumers’ desire to drive in the highest gear, besides reducing the noise level drastically, increased the fuel consumption, something that, according to Mom, “ U.S. engineers were willing to accept for creating this sort of comfort, particularly because the country was the land of inexpensive gasoline.”

For many engineers, scientific methods of aeronautics served as an inspiration to the creation of the  “engine on wheels”. Engineers started working on reducing noise by absorbing or even changing the sound, eliminating production variations, and using more precise engineering. Engineers were conscious about the fact that the demand for silence existed especially in the luxury automobile segment, and some even insisted that the noise, should be proportional to its price.

According to Mom, during the middle 1930s, “consumers had become so noise conscious that lower-priced cars had the same “noise characteristics of the heavier, expensive car.” Noise reduction reached such a degree that it was seen by many engineers as a threat to safety because many drivers would unconsciously increase speed to reach the level of noise to which they are accustomed and to reduce the feeling of vibration, even though the amount of vibration would remain the same. “It was the new type of smooth roads that allowed this increased speed: a new type of high-speed, long-range motoring was emerging.” 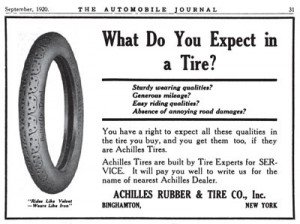 The next phase of making the car even more comfortable was the co-construction of a new tire type. During the early 1920s, drivers started to underinflate tires to obtain a more comfortable ride as the car speeds gradually increased, even though it cost them extra money. This did not go unnoticed by tire manufacturers and automotive engineers, who found out that this new tire type was not only increasing the level of car noise but was also putting the life of many at risk by changing the driving stability.

As the majority of drivers had switched to the new tire type, car manufacturers were forced to begin a scientific research in order to make changes in the adjacent components, including a redesign of the suspension system, a process that took almost two decades.

Research by Ammon Swope of Purdue University discovered that both women and man were not fond of car noise and preferred closed cars to open ones.  “The change to the closed body (which, according to some, was “the last major improvement of the automobile as a personal passenger vehicle”) during the 1910s by using soft “tops”—often makeshift winter tops with emergency curtains and celluloid windows—to place on their open cars, thus allowing year-round motoring,” according to Mom.

The 1922 NACC survey showed that 60 percent of respondents in the eastern states as well as 40 percent in the southern states, preferred the closed car to open one for various reasons. In a few years, almost all passenger cars we closed and had room for 4-5 people, instead of the traditional automobile with seven passenger seats. 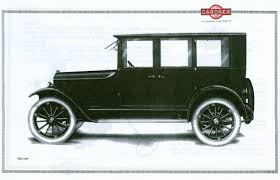 Besides making a great impact on automotive technology, the introduction of the closed body received various complaints from engineers who claimed that the closed cars reduced driver’s visibility on the road while the mass produced seats were often very uncomfortable. According to Mom, “the closed body definitively made the car into a consumer product influenced by fashion, and, in general, a curious mix of engineering rationality and the creativity of the artist-designer.”

Working to give consumers their ideal car, constantly changing and redesigning parts of the car system in order to increase visibility, reduce noise, make the car more comfortable,etc., U.S. automotive engineers ended up making vision instead of sound as the dominant sense for touring. “Culturally, this transformation of the automobile was part of a general process of “cocooning”: a redefinition of travelers’ relationship to the environment, a process in which the senses played a crucial role,” Mom explained.