Even the most absurd thing that you have done behind the wheel, even if it’s a double backward flip, is nothing to what we are about to show you next. [Wait… is that flip even physically possible?!]

For your prescribed dose of fun, we have gathered some of the most ingenious, somewhat ridiculous, and truly beautiful vehicle designs. As you will see, these are not paper models but rather real automobiles that people actually drive – some in their original form, others modified. Absurd or not, you are to judge. But we decided that we have to appreciate the creativity behind each one of these cars. If we could, we would have even given awards for uniqueness and unconventional thinking!

Modifying your car, or also known as tuning, can give great pleasure or it can be a great pain. It is time-consuming and it can cost you tons of money. Why bother changing a machine that engineers and designers have spent years perfecting? What if you ruin it completely? The interior modifications are usually related to the functionality and comfort and that makes them more understandable and common. What always draws more attention, however, is the exterior tuning. People want to bring more individuality to their cars and give them a touch of their own personality and interests.

We are starting with the modern look of the Transparent Volkswagen Beetle. 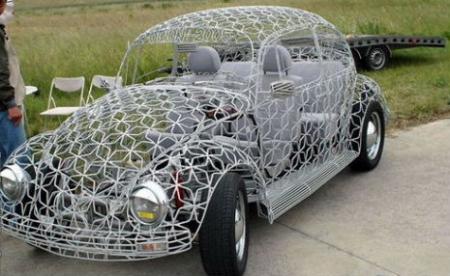 Isn’t it beautiful? You can see that the whole car is made out of wires. It must have taken the owner a whole decade to build this! And do you notice the little wire flowers on the dashboard? The owner definitely has an eye for detail. The technique used in arranging the wires is spectacular! We only wonder what happens when it is raining outside. Or maybe this is the futuristic version of the Convertible Beetle – just a little breezier.

Something even crazier is the Double Jeep Wrangler that became a hit in the Middle East. 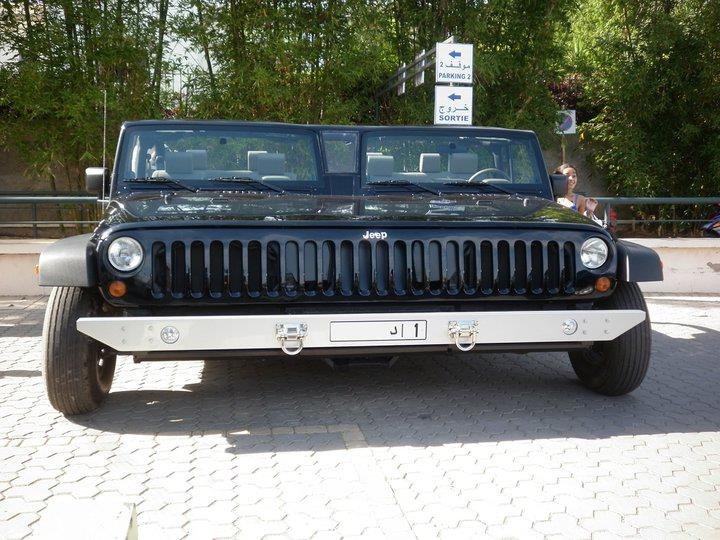 The car became popular from a single video on YouTube which made some people suspicious of its authenticity. The Double Jeep is said to be a special creation for a diplomat from Morocco. The vehicle seems to be wider than the standard 12-foot highway lanes, this, if real, the vehicle is intended for sand dunes, rather than highway roads. But why Double, we keep asking… Can’t 10 people fit in a van? 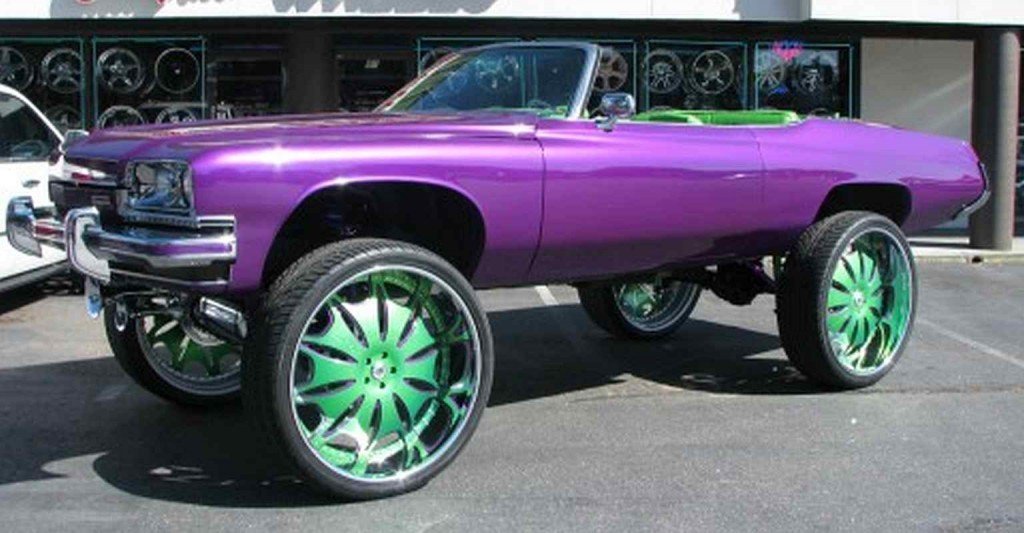 If we were to define any of these interesting creations as “absurd” it would probably be this 1972 Buick Centurion, owned by the athlete Darren McFadden. Green and purple is not nearly half as pretty as the Transparent Beetle above! We assume the athlete chose the colors to match his self-perception as a villain… A villain on a “pedestal” – sitting on 32-inch rims and a 15-inch suspension lift.

I am sure that after seeing these modified cars, you are now ready to go start tuning your vehicle. To see more of the craziest modifications people did to their cars, take a look at these models: The Carton Car, The Pink Panther, The Ninja Turtle Car, and many, many more … to get some good ideas. 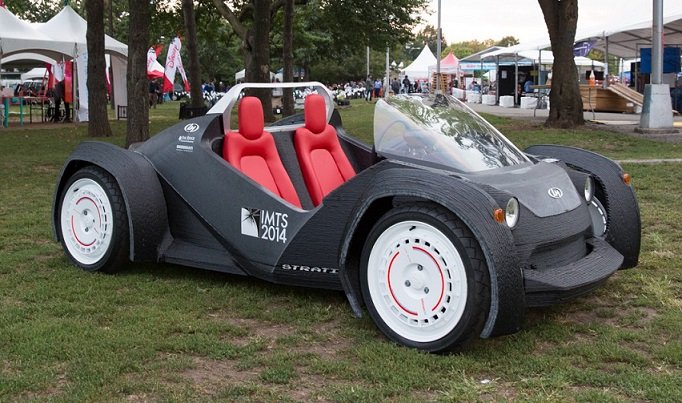 We decided to look back to the past, too, and show you some long-forgotten, or maybe completely unknown, quirky cars. We see some old cars that make us laugh, but these are simply quirky.

The 1955 Fuji Cabin looks more like an enclosed scooter rather than a full-sized car. It has 3 wheels and only one headlight. What is interesting about it is not only its shape but also the fact that it is made primarily from polyester – a very bold move at that time! 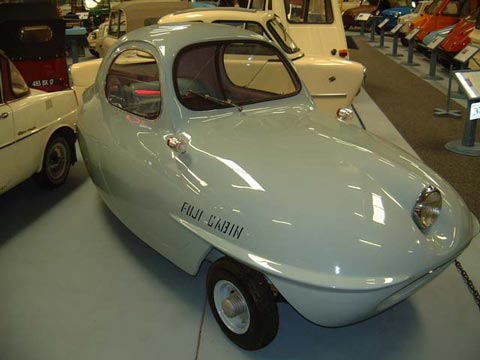 This Ikenga MK lll, designed in 1969, looks more like a spaceship from Star Treck than an automobile. Or like a military tank. They had vision back in those days. And it definitely had some innovative features for the old times. Imagine seeing one of these among the hippies in the 80s! Scandalous! 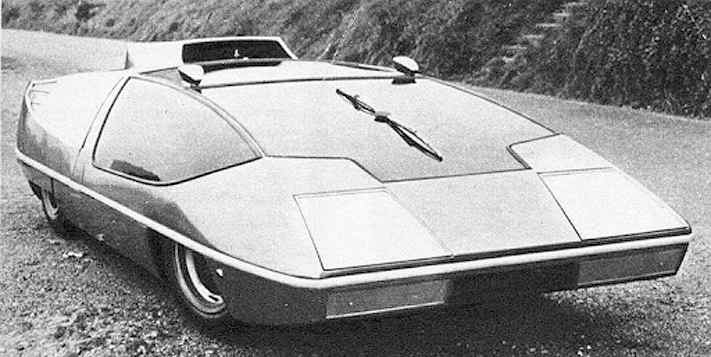 Due to poor marketing, unrealized production or harsh competition, these two quickly went out of sight. Today, however, I think these cars would have been the most common hipster vehicles! We all kind of want our cars to match our personalities, to some extent. It is very common for people to judge you by the type of car you drive. Don’t you agree?