Road trip archives: Where it all began

Life is a journey. It may as well be a road trip. And whether you pierce the highways of life at full speed or leisurely navigate the country roads of destiny, your journey – it must have begun somewhere. Do you remember your first road trip?

My childhood memories are mostly made up of sensations – sounds, smells, textures that, in turn, evoke visuals – detailed images of my trips as a child.

My earliest memory of a road trip is going to my aunt’s house in the countryside. For a child who was growing up in the city, exploring non-urban areas was an equivalent of going on an African safari. The meadow was my jungle, and I – its intrepid explorer.

My aunt and uncle would pick me up in their Soviet-made blue Zaporozhets (ZAZ). The car was so tiny that one would only wonder how it could fit entire families. A true miracle of Soviet auto engineering. 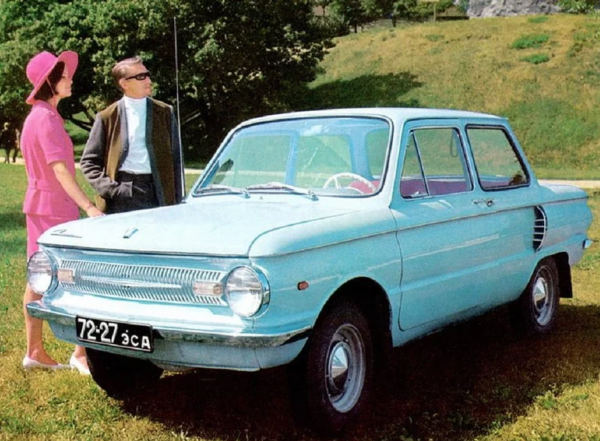 My aunt and uncle’s house was about 60 miles away from the city, but traversing that distance in their tiny car, for a child, felt like a trip to another country. The tiny blue beast roared and trembled as it gained speed. The faster my uncle drove, the more the car would heat up. Did I miss the air conditioner back then? Of course not. I had no idea such a thing even existed. My air conditioner was all four windows down. And the best part? – sticking my hand out, going for a handshake with the wind.

Entertainment systems didn’t exist back then either. And the in-car radio was practically useless. Its competition with an engine was practically a lost cause. The latter would always win, leaving every passenger in the car a little deaf – enough to pretend you took a plane ride instead.

As far as my child’s brain knew I could spot a bear on the road. I never did. But I knew I could. And that was enough. I’d often fall asleep in my attempts to spot the mighty animal, and the next thing I’d feel would be my aunt’s voice announcing we had arrived. “Ok!” I would think to myself, “I’ll find you, bear, on my way back.”

Every one of those trips was nothing less than epic. The most simple things brought the greatest joy and were the source of the most wonderful adventure. As a child you know that simple is magic; and magic is simple. So when life gets complicated, I evoke those memories, to remind myself of the importance of the little things that ultimately make up the bulk of our lives.

How did your road trip begin?