It wouldn’t be too harsh to say that we are constantly placed on the edge between modern tech and old school values.

Don’t we post our whole lives on Facebook in exchange for likes? Don’t we share our location in exchange for better search suggestions? Don’t we give out our fingerprints in exchange for more security? We make decisions about what matters more and what can be sacrificed in an attempt to get what we desire. Yet, most of the time the things we want, come at a much higher price than what we thought initially. 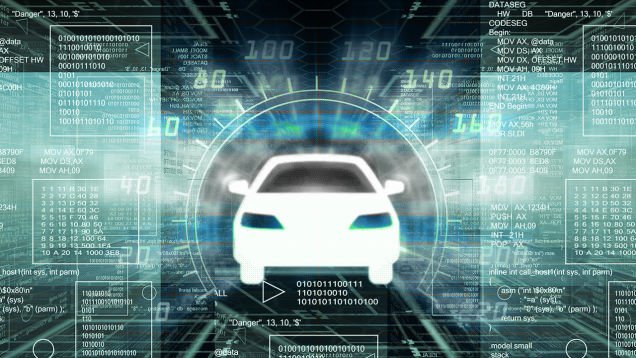 When we choose a self-driving car where does privacy go?

People don’t spend time actively thinking about what they are giving up when they opt in for self-driving vehicles. Even if they do, the first thing that pops in their minds is safety.

The government has already started thinking about the impact this new trend in transport will have on the roads. In 2015, 16 states had introduced legislation in relation to driverless vehicles, which is almost three times more in 2012. Most of the legislation, however, has been focused on the physical safety of autonomous vehicles. Laws for investment in the development of safe vehicle automation are the most common so far. Yet, there is little discussion about the guarantee we can have beyond the physical interface between the driver and vehicle.

The Internet of Things (IOT) is a phenomenon which allows the mass consumer to experience the greatest convenience in his or her life that no other innovation has created so far. Yet, people don’t often think about the fact that there is much more hiding behind the interface before it gets them the end result. The key fact is that the autonomous car runs first on data and then on gasoline.

Typical for the IOT, the real-time communication is the key factor behind the success of any function of the technology. This real-time interaction occurs not only between the user and the environment, but also between the user and the data collectors in the back-end of the technology. And naturally, technology is still predisposed to errors in communication between devices, which creates an issue with the data security in times of breakdown.

Data accessed through the software of the self-driving car may reveal information about the users’ driving habits, favorite routes and stops, even home address. Certain automotive companies purposefully seek this commercially valuable information from hackers. Suddenly you may become a piece of data that suits someone’s interests, a tool for doing business. Or even a player in a modernistic version of The Sims, monitored all the time and based on that given all the things you supposedly need.

Even worse – YOUR security is at risk. Researchers have proven that the level of safety of the automation technology in self-driving cars does not have a firewall to hackers yet.

The systems can be broken into more easily due to the high dependability on the software. The sensitivity of the interface, which is required in order to increase the physical safety of the passenger, is also a threat because it makes the interface easier to hack.

Once hacked, the vehicle may start thinking it is another vehicle or it may misevaluate the environment around and start seeing obstacles where there aren’t any.  For example, Lidar, the interface system mounted in the Google autonomous car, relies on spinning lasers to recreate the images in the environment. The technology can be hacked with a low-power laser which can disrupt the normal behavior of the vehicle.

Even Elon Musk questioned the reliability of the system in a self-driving car.

Some states are already a step ahead in the game against privacy issues.

California, for example, has issued legislation that requires notice and consent before information can be collected from operators other than what’s needed to operate the vehicle.  To decrease the likelihood of a car being hacked, security walls should be established at each step of the data-exchange process – the collection, use, storage, and dissemination of data gathered from the autonomous vehicle.

Researchers say that 75% of vehicles will be autonomous by 2025. But to get there, technology will require more sacrifices from our personal lives to gain better functionalities for our devices and vehicles.  If we want to remain in the position where we are the ones making the decisions, we have to be more protective of our values and personal information when we negotiate with the gadgets of the future.