Shipping a car from Texas to New York Guide 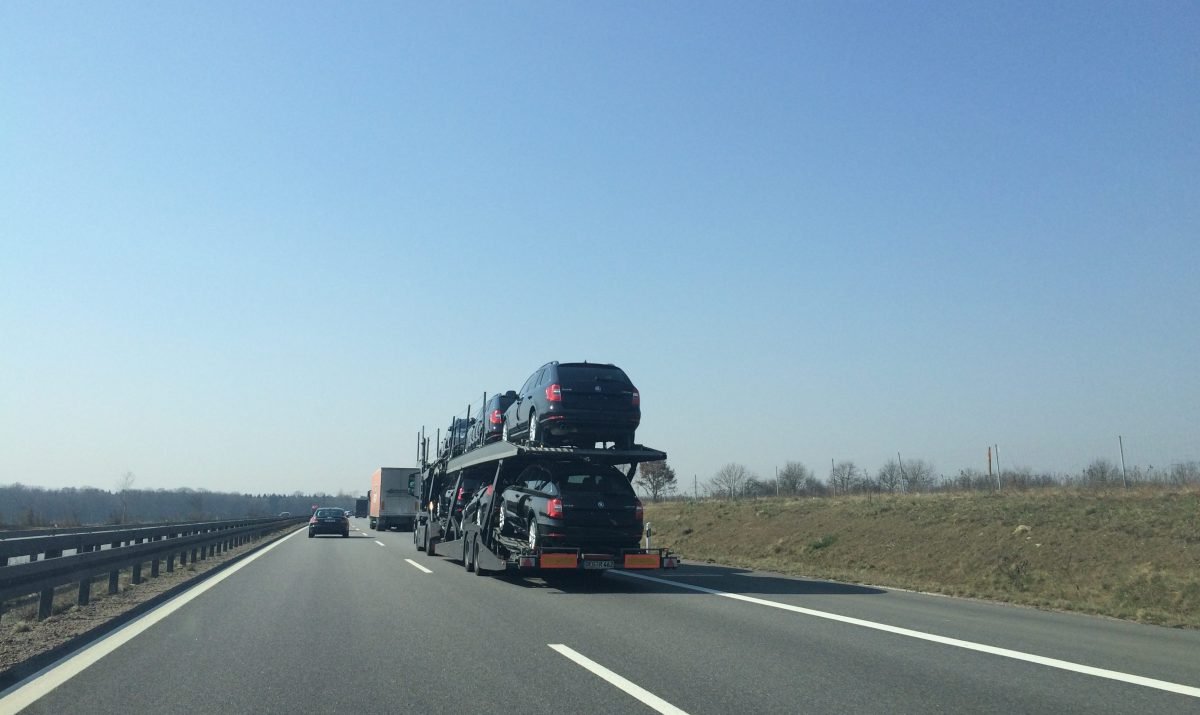 Shipping a car from Texas to New York is simple with Corsia! Request your quote online or call to speak with our logistics experts!

What auto transport services can I book?

In general, you will have a choice between open and enclosed transport and standard and expedited shipping. Additionally, you may have a choice between door-to-door and terminal-to-terminal delivery. And for an extra fee, you’ll be able to request top-load for your vehicle. It all depends on your budget, time-frame, the level of protection you want for your vehicle, and pick up/delivery locations.

Open auto transport is the standard shipping method. It is also the most affordable. Your car will be shipped on a two level trailer designed to carry up to 10 vehicles. Small one, or two-car open carriers are used for less than 300 miles deliveries.

Whether you are shipping via open or enclosed auto transport, you can request a top-load for your vehicle. For an extra fee, your car will travel on a top-deck of a trailer, which ensures against possible leaks from other vehicles.

If you are on a tight timeline and need your vehicle on or by an exact date, request expedited shipping. Guaranteed delivery is a premium service that comes with a premium price.

Door-to-door delivery is a standard service among auto transporters. It means that the vehicle will be picked up and delivered as close to your door as legally possible.

All Corsia Logistics’ deliveries are door-to-door. Very rarely we ship vehicles to and from a terminal. Most private and business customers across the country opt for door-to-door deliveries.

How much does it cost to ship a car from Texas to New York?

The final cost to ship a car depends on a few factors: vehicle’s make and model, any added modifications, the operability of your vehicle, distance and pick up/drop off locations, type of transport, and supply and demand fluctuations.

The bigger and heavier your vehicle is, the more it costs to ship it. Also, any modifications done to your vehicle could affect the price. For example, lower vehicle clearance or 4X4 lift kit.

If your vehicle can not move under its own power, the carrier will need to engage some extra help (a winch or a forklift); therefore, you’ll have to pay extra.

Distance and pick up/drop off locations

The longer the distance the more expensive it’ll be to transport your vehicle. However, it’s also important to consider how far off the interstate and state highways the pick-up and delivery points are. When the locations are rural areas, the price goes up.

The most popular method of transporting vehicles is via open trailers. This type of transport is considered standard. Enclosed is always more expensive.


Supply and demand fluctuations dictate prices on most routes. When the demand peaks, prices usually go up and this can often happen in a matter of hours.

Seasonal fluctuations also have an effect on vehicle shipping costs. For example, between May and September, the most popular months for moving and traveling, as well as during the snowbirds season, we see increased demand.

Our team of logistics experts tracks supply and demand constantly. We quote realistic current market price that will ship your car now.

Domestic transport is simple. You, or someone on your behalf, needs to release the vehicle to the carrier at pick-up. The carrier will ask for the keys and a signature on the Bill of Lading (BOL). The BOL is a really important document. It is not only a receipt but also an inspection report. When the carrier inspects the car, make sure that all existing damages are marked. Never sign a blank or incomplete document and always request a copy before the carrier leaves with your vehicle.

Moving to the City that Never Sleeps 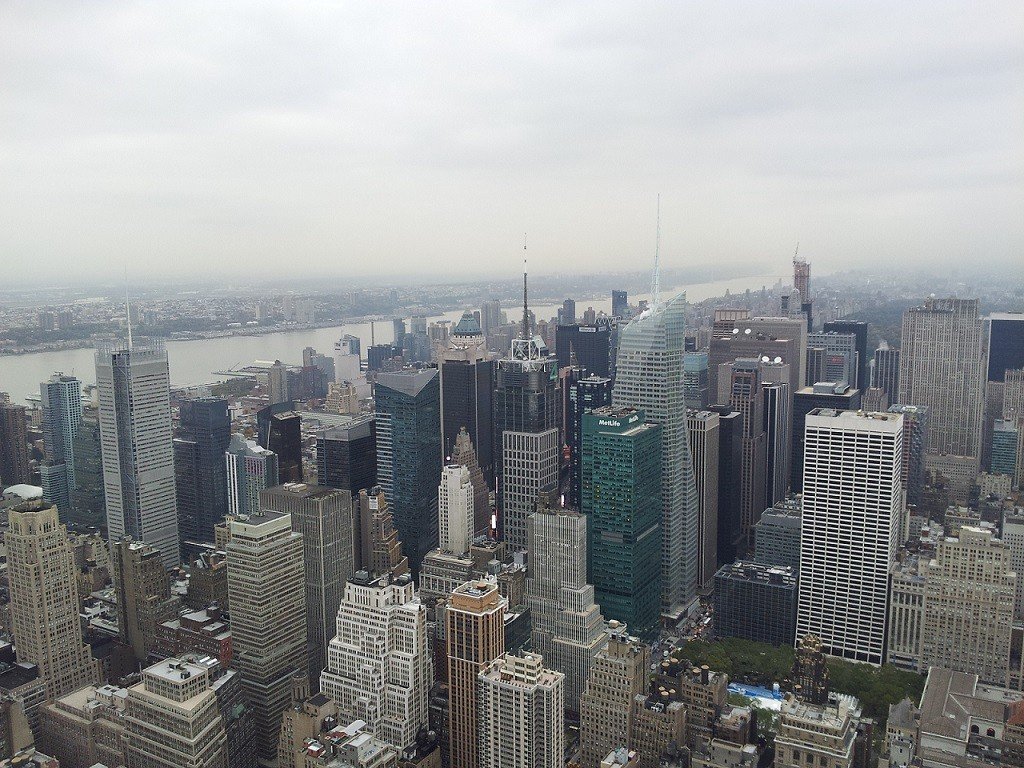 Moving to The Big Apple can become a life-changing experience, no matter where you’re currently living. But when moving from Texas to New York, expect that experience to be much more intense. You’ll be moving to the Big Apple, after all!  So get ready to experience a mix of feelings like fear, excitement, and doubt while settling into your new life in this fabulous city.

As a cultural, media, and financial capital of the world, New York knows how to attract droves of people and make its citizens’ life feel wonderful and miserable at the same time. No worries though! Once you get used to the city’s fast pace, you will be able to fully enjoy all its greatness, atmosphere, and glamour. Home to more than 8.6 million people as of 2017, New York is one of the most densely populated cities in the US.

Moving from the South Central region of the country to the northeastern part of the US means the climate will be one of the major differences. Compared to Texas’ arid (west) and humid (east) weather, New York has a humid subtropical climate and a humid continental climate in its northern and western suburbs respectively. Its winters can get freezing cold, and the city receives plenty of snowfalls during this season. New York receives plenty of rainfall throughout the year as well, so carrying an umbrella with you just in case, won’t be a bad idea.

All that is due to NY’s high population density we mentioned earlier. Housing in New York is not only way more expensive, but it’s very hard to find. No matter which of New York’s five boroughs you pick (Brooklyn, Queens, Manhattan, The Bronx, or Staten Island), we would recommend you to sign a short-term lease at first. This way you will give yourself time to get familiar with the city, its neighborhoods, and properly search for a place that fits your lifestyle.

The global hub of business and commerce has the highest number of billionaires in the world. Mainly built on Manhattan, Long Island, and Staten Island, New York has grown as a trading port throughout the years, mostly due to its location near the Hudson River and the Atlantic Ocean.

When it gets to employment, you’ll find plenty of job opportunities in trade, retail, finance, transportation, banking, real estate, fashion, advertising, and many other industries. A large number of Fortune 500 corporations have their headquarters in this wonderful city. So who knows, you might get lucky and land a job in one of them.

Staying awake at all times in New York is not hard to do. There’s so much going on all day every day, and the city truly never sleeps. Your lifestyle will become busier. You’ll make new friends, meet new people. So do your best to keep your originality as well as enjoy the moment at the same time.

Besides all the touristy spots in NY, you can also visit the not-so-popular gems such as the Panorama of the City of New York, the Met Breuer, Bartow-Pell Mansion Museum, the Snug Harbor Cultural Center in Staten Island and other lesser-known attractions.

Moving to NY with a car

If you move to New York with a car, you will have up to 30 days to register it with the New York State Department of Motor Vehicles (NYSDMV) from the moment you establish your residency. At the same time, you will have to transfer your out-of-state driver’s license. Keep in mind that you are required to have a New York car insurance as NY doesn’t accept an out-of-state insurance. For more information visit the official NYSDMV website.