Shipping a Corvette Across America

Some people dream of raising a family, starting their own business, or maybe even becoming a President of the United States of America. Not me. I’m still waiting for that day I will finally own a Corvette.

Some say that most Corvette buyers are men who fall victim to conspicuous consumption or purchase this muscle car as a response to their “mid-life crisis.” Nonetheless, there has never been any doubt women are attracted to Corvettes as well.

How did the story of the Chevrolet Corvette begin? How has America’s favorite sports car changed over the years? What makes it special? And why many owners prefer an enclosed auto transport when they need to ship their Corvette? Keep on reading to find out!

Shipping a Corvette across America

Let’s start with shipping a Corvette across the state lines or even all the way, coast-to-coast. After all, that’s probably why you ended up on this page, looking for information on how to transport your Vette. 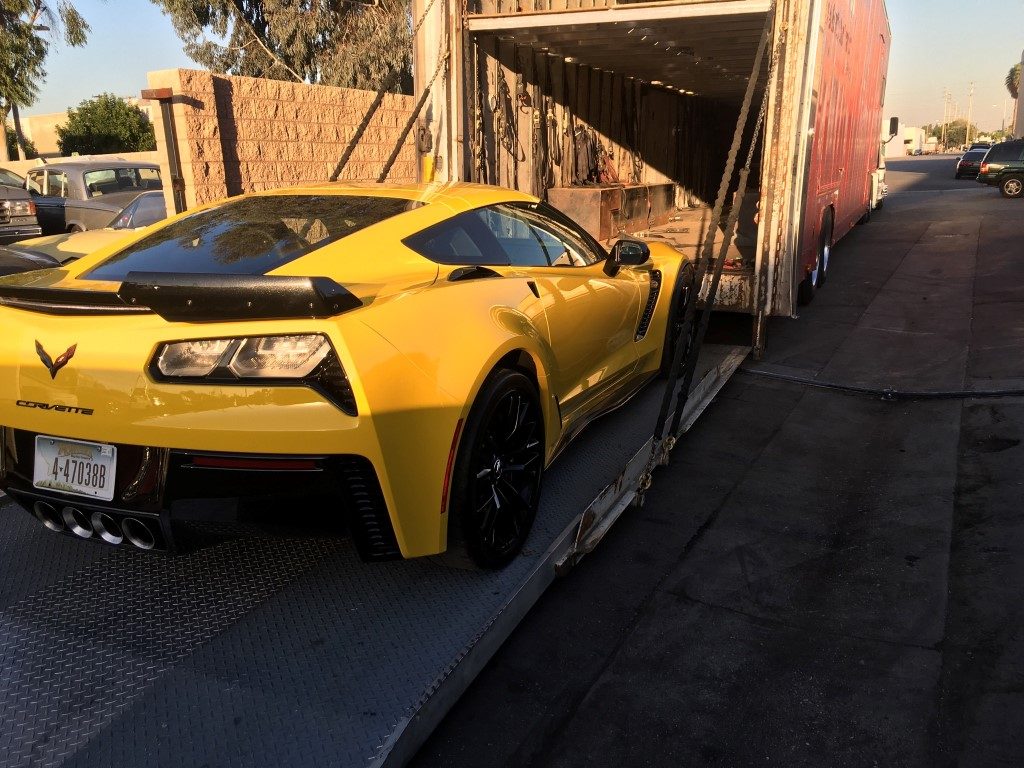 Shipping your Corvette with Corsia Logistics is a breeze

The Chevrolet Corvette is a unique and special car indeed. Therefore, during transport, it deserves to treated as such.

Whether you have owned a Corvette for a few years now or just bought one online, most likely this car has cost you a pretty penny. Moreover, we are sure it has great sentimental value to you. That is one of the reasons why, when trying to find an auto transport company, you don’t want to become a victim of a scam.

How Do You Find a Reliable Auto Shipping Company?

Shipping a Corvette across America may seem like a daunting task, especially if you’ve never done it before. Therefore, the time you spend gathering information, comparing, and understanding the shipping process will never be wasted time. This original American sports car, not only represents power, independence, freedom, and style but also becomes a significant part of personal identity for its owner.

Therefore, it’s only natural Corvette owners are very meticulous about hiring an auto transport company because they are shipping not only their car but a part of their identity as well. In their search, Corvette drivers look beyond the first page of Google and get multiple car shipping quotes. They get in touch with car shipping companies to discuss their vehicle shipping options and then make an educated decision.

Here is how shipping a Corvette across America works:

Why Owners Ship their Corvettes?

Unless driving your Corvette across the country is a part of your bucket list, which you’ve been planning for a long while, we wouldn’t recommend it. Especially if you have no prior experience driving long distances. And even if you do, you will inevitably expose your precious possession to possible damages on the road, spend a lot of energy, and time. On top of that, you may end up spending more money than if you hire a shipping company.

What Type of Transport Do Corvette Owners Prefer?

Corvette owners have a choice between open and enclosed auto transport. A Corvette is a valuable possession. And although an open carrier is a safe option, many owners choose to be extra protective. An enclosed auto carrier offers your vehicle 100% protection and peace of mind. It will, of course, cost more if you choose this type of transport.

A Look Back in History

Chevrolet Corvette, often known as the Chevy Corvette, or simply the Vette is one of the most recognizable sports cars in the world. The Chevy’s production began back in 1953 and continued to this day. Originally designed in late 1953 as a show car for the New York Auto Show, the Vette quickly gained a lot of attention. A keen interest in the new car convinced General Motors to give it a go. Soon after three hundred hand-built polo white convertible Corvettes were produced.

During more than half a century period, Chevrolet has produced seven distinct generations of Corvettes. The first generation began in 1953 and lasted until 1962. The second generation – from 1963 to 1967, while the third began in 1968 and continued until 1982. During the first three production generations, the sports car had a front-engine, rear-wheel drive layout. Assembled in Flint, Michigan; St. Louis, Missouri; and Bowling Green, Kentucky, the car had two body styles: 2-door coupe and 2-door convertible.

The fourth generation, which began in 1984 (even though 40 prototypes were produced by 1983), was the second-largest production run in the entire history of Corvette. It lasted until June 20, 1996. During this period Chevrolet produced over 51,000 C4 Corvettes.

Even though during the ’84-’88 the C4 prices soared, Americans did not stop purchasing the new model. In fact, there was a significant increase in demand as the C4’s engine had risen from 205 horsepower in 1984 to 230 horsepower the following year, finally reaching 250 horsepower by 1992.

Today, earlier C4 models are old enough to be called “classic”, and the affordable price makes them some of the most sought after Corvettes. You can own a C4 for just under $15K, or even under $5K in some cases, with 84/88 C4 Coupe usually being the least expensive of all. Which makes this model an ideal first Corvette.

C4 Vette is a bargain sports car. Ask any seasoned gearhead. Just don’t compare apples to oranges. Don’t expect the same performance from C4 as you would from the 2000s models. Based on today’s standards, the C4 Vette may not be a speed demon but it handles well, and the parts availability is brilliant. So if you are looking for a speed track toy, then equip your C4 with an LS 376 engine with your choice of transmission, upgrade suspension and brakes, and you’ll end up with a bargain supercar that could easily break the 200 mph barrier.

We’ve got more info on the cheapest Corvette. Also,  make sure to check out our article on affordable classic cars for sale that you can find helpful.

The very last generation of the Corvettes started in 2014, and the car continues to be in production today. The last four generations of the Vette have an FMR layout – front mid-engine, rear-wheel drive.

The next-generation (C7) Corvette, which was launched in 2014, was supposed to be introduced in 2011 as it had been in development since 2007. Until 2012, 46% of Vette buyers were men aged 55 or older. Customer age was one of the main reasons why GM wanted to produce a ‘next-generation’ of Corvettes.

What to Expect from C8 Chevrolet Corvette?

One thing is for sure – the C8 Chevrolet Corvette will be revolutionary. According to Car and Driver, “the new Corvette will be the mid-engined American Dream Machine that Chevy couldn’t, until now, muster the courage to build. […] Why mid-engine? Because the C7 Corvette, especially the Z06 edition, is tapped out. Adding more power to a front-engine design only accelerates the conversion of rubber into smoke at the rear. Moving the engine’s mass closer to the drive tires is the most effective means of improving Corvette acceleration and braking.”

The C8 Corvette will be refined in precision on road or track. It will feature a Performance Data Recorder and Driver support tech among many other cool features. Check out the official Chevrolet Corvette website to learn more about the design, performance, technology, and safety of the C8 Corvette.

Among the many awards Chevrolet Corvette models have won are “Automobile of the Year” in 2013 by Automobile Magazine, “Top Sports Cars of the 1960s” (fifth position) by Sports Car International, “10 most collectable muscle cars” by Hot Rod magazine in 1986, Car of the Year in 1984 and 1998 by Motor Trend, “Best Engineered Car of the 20th century” by Society of Automotive Engineers. Car and Driver magazine has named the Vette “Best all around car” and included it in the list of Ten Best sixteen times.

The Chevy Corvette has also been nominated for several awards throughout the years such as the North American Car of the Year in 2006 and in 2014 to name a few. So, America’s favorite sports car is also quite decorated with awards.

Are you still looking for reasons to buy a Corvette? Here is a great article that might convince you why you should buy a Corvette.

And if you already own a Vette and need to ship your car to another state, request a free, no obligation car shipping quote online, call us at (818) 852-5258 to discuss your car shipping options or chat with one of our logistics experts.