2020 tax season for truckers and carriers: What to know

The new tax season has begun. This year, you have until April 15th to submit your 2019 income tax return and pay any amount owed. Factors such as your filing status, taxable income, potential tax exemptions, among others, determine how much tax you will pay.

The 2017 Tax Cuts and Jobs Act (TCJA) brought changes especially concerning the taxable income, per-diem deductions, as well as vehicle and equipment depreciation methods. These changes affected both individuals and businesses. The TCJA has also caused controversy in the logistics and trucking industry. This is where we will zoom in: truckers and carriers. How were they affected?

According to the 2017 Tax Cuts and Jobs Act, employee truck drivers cannot be able to list any per-diem expenses and consider them tax-deductible. Per-diems derive from traveling long miles and spending nights away from home.

Before the Act, the employee drivers would itemize expenses such as meals, accommodations, and other incidental expenses that would typically qualify for the 2% itemized deduction.

Under the TCJA, the 2% itemized deductions have been suspended through 2025. However, the deduction hasn’t gone away completely. A number of states refused to enact this part of the law and allows you to claim these expenses on your state tax return. For more information, consult your state’s tax authority.

Also, to compensate for the loss of deduction employee drivers can negotiate a reimbursement plan with their employers.

Carriers and the per-diem rule

There are two major subcategories of carriers: the typical carrier companies that have a fleet of drivers working for them, and the independent contractors that act as sole proprietors. In both cases, there have not been many changes.

The carrier companies can choose to pay their drivers a per-diem in the form of a fixed amount or based on the miles they drive. For example, they can pay their inter-state drivers 60 cents per mile, where 50 cents would be the regular pay, and the 10 cents would correspond to the per-diem expenses. These per- diems will not be considered as part of the driver’s taxable income, and, on the other hand, the company can consider most part of them as a tax-deductible expense.

In the second case, independent contractors can consider these extra expenses as part of their business activity and directly deduct them from their business income. This per-diem deductible amount can go up to $63 per day.

When President Trump signed the Tax Cuts and Jobs Act in 2017, the major idea behind it was to lower tax rates for businesses, especially type C corporations. However, most companies in the auto logistics sector operate as sole proprietorships, S corporations, or Limited Liability Companies (LLCs). Hence, they do not profit directly from the major tax cuts.

Nevertheless, in order to compensate for this, they qualify for a 20% deduction from their business income. This automatically reduces their tax liability. 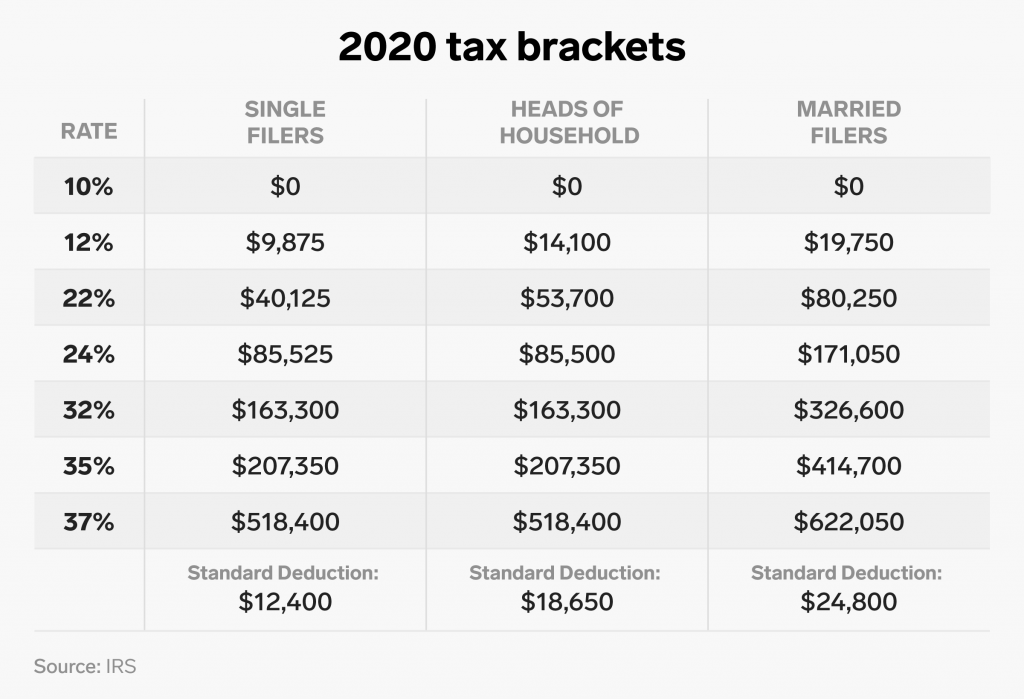 You can find more information regarding your tax rates based on your income and other adjustments on the official IRS site.

As higher depreciation expenses lower the taxable revenues, this change makes it very attractive for companies to invest in new trucks, for example. However, they need to keep in mind that if they depreciate 100% of their purchased truck this year, they will not be able to do it again on the same truck next year.

Also, beginning in 2023, the 100% right-off will begin to phase down 20% per year until it halts at the end of 2026. So, the carriers need careful financial planning to distribute these depreciation expenses over the years.

Another thing to keep in mind is that not all states’ tax authorities conform with the new bonus depreciation rule.

After reading about the changes brought by the new tax act, you may feel intimidated. Tax filing season has officially begun, so where to start?

Below are a few tips:

Impact of the 2017 Tax Cuts and Jobs Act

The Act can be considered very generous regarding collecting less tax overall. Nevertheless, it has raised controversy regarding their distribution. No doubt, type C corporations benefit the most, followed by S corporations, LLCs, and sole proprietorships.

The traditional employees, who file their W2 tax forms annually, don’t benefit as much. Employed truckers are faced with limited options to obtain their per-diems since they cannot file their overnight-job-related expenses as tax-deductible anymore.

As the tax implications further unfold, we will keep you posted on any changes or relevant events. After all, the logistics industry, in which we operate, does not develop in a vacuum. Hence, Corsia Logistics is always interested in any events that may impact our staff and customers.

What are your thoughts on the tax changes? Have you begun filing your 2019 income tax yet? Feel free to share with us your insights on the topic.