The most desired classic cars

Classic cars, we all have seen them. Such automobiles leave you speechless when passing by. You will see so many of them, and all so levely, so, how do you choose a classic car? Not to worry! This is what we are here for; we’ve selected the ten most desirable classic cars to give you a hand.

How did they pass the hard selection process in order to be part of our list? Was it price, style, performance or maybe how rare they are? How about all of the above? There is a little bit for everyone in our list, so take a look and you might be surprised of what you find. And if you don’t want to know about the most deisred classic cars, then perhaps you would like to learn about ‘the least interesting classic car‘!

Here is our number one (or 10), it has fame, beauty and is one of a kind….too bad James Bond is not included in the price:

Very often referred to as “the most famous car in the world” or James Bond’s Silver Birch DB5 used in Goldfinger. Besides being known as “one of the most beautiful cars ever built”, this beauty has the looks and the “brains” if you take a look under the hood. Coming with a straight six engine, 282 bhp at 5500 rpm and a 5-speed ZF transmission box, this classic Aston Martin was not only a dream-come-true for its time, but it lives up to the expectations of modern cars and you are definitely not going to be disappointed with its performance. James Bond’s car of choice has a top speed of 142 mph, which provides you with the opportunity to show off this classic and let’s face it – you didn’t buy it to be racing on the highway, did you? Furthermore, it goes up from 0 to 60 mph in 7.1 sec, which given the year is pretty impressive.

A classic car as classic can be. The car itself hasn’t changed its line too much throughout the years, however this 1963 iconic Porsche has to offer a lot more than a beautiful design, which took over ten years to be developed and agreed upon by the different family members in the company. Distinguishing itself from the competition with a six-cylinder Boxer rear engine with axial fan and an upper camshaft on each side, which were the result of the great speed capacity of the car. The Porsche that started the line of “Porsche sports cars” has a top speed of 130.5 mph, self-supporting bodywork, together with front and rear independent suspensions, all topped up with a five gear transmission – no wonder it is a privilege to have it nowadays and puts it on the second spot of most desired classic cars.

If there is a list of classic cars to be made – this stunning piece of art should never be left out. The Gullwing was the first commercial car to be made for the SL-Class, based on its predecessor of 1952 race car. This incredible piece of German machinery is somehow more powerful when it comes to performance thanks to the first ever consumer fuel-injection engine, introduced for a very first time in the 1954 New York Auto Show.

300 is for the three liter engine displacement and SL stands for “Sport Leicht” or Sport Light in English, which perfectly describes the idea of this sports car – distinctive design, one of a kind engine for the time and a light frame given the fact that it originated from a race car. Four speed manual transmission, rear wheel drive with power assisted drum brakes and incredible internal and external design, all of these characteristics make this car an important part of any collector’s fleet and a luxurious drive to any location. 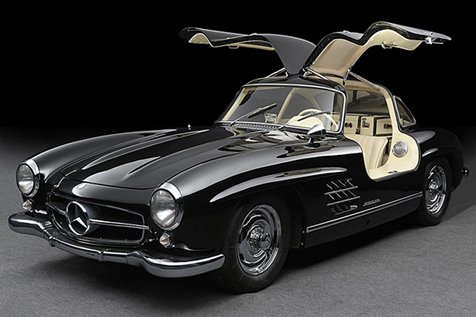 A must to mention, this incredible muscle car – desired by many and owned by few. A classic car with flawless aerodynamic design and a powerful V8 engine underneath, all wrapped up with 304bhp capacity (which is the horse power of the engine alone, before losing any of it by going through the transmission and other elements) and a roar to be afraid of. This iconic American Car has a 4 speed manual transmission with a rear wheel drive, just to make it a little more fun on those drifts. All in all, if fuel consumption is important to you, then maybe you should reconsider going for this car.

A muscle car to be remembered. It’s hard, not to say impossible, not to mention a Camaro (the Corvette’s little brother) when talking about classic cars. This jewel in the crown of Chevrolet is a car to be envied and if you happen to have one, then you better hold on to it because your neighbor probably already has an eye on it. Just by being coupe and convertible it has my vote, but when you add a 396/325 horse power engine, 14×6 wheel size and a floor-shift manual transmission, this American classic leaves behind most of its competitors. 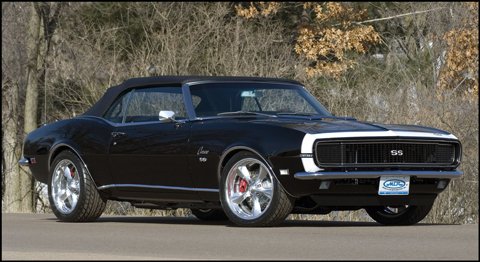 Talking about competition, here is a competitor that can easily surpass anyone trying to get in its way. There isn’t a single man alive that won’t forfeit the fuel consumption factor and jump on a Shelby, if given the chance. Apart from an iconic design, great performance and roar to be remembered, this little baby comes with a 428 Police Interceptor which can make it fly down the road in seconds. With an 18 gallon tank, ability to go 0 – 60 mph in 4.8 sec and amazing maneuvering abilities, the Shelby is not for everyone, but it surely feels nice to think about it.

Not much to say here, the name speaks for itself – Cadillac is known even in the furthest corners of the world, as a classic to be dreamed of. Stylish, comfortable and one of a kind, the Eldorado impresses only by looking at it, having a 4-speed automatic gearbox and a top speed of 124mph is just the crème de la crème of this luxurious car. 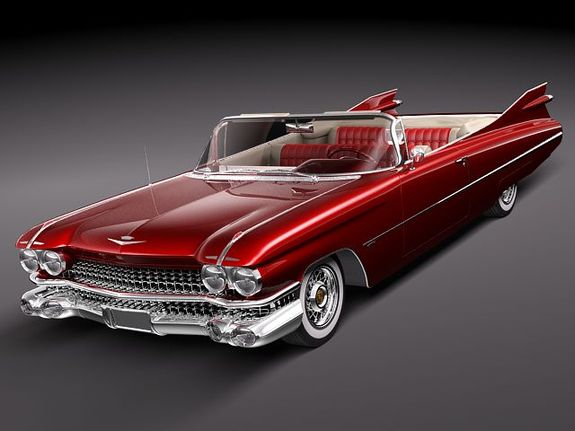 I don’t know about you, but to me it looks like a villain’s car, a stylish villain that is, a car that makes you want to be a villain so that you can have it. Another American classic on our list, but how could we not add it here. The Bel Air takes your breath away not only with its incredible design (inside and out) and comfortable bench seat, which comes handy when driving a classic sports car; but also with a “Super Turbo Fire V8” engine option producing 283hp with the help of fuel injection (something quite rare at the time), it came with the option of a Turboglide which allowed the car to have a continuously variable gear ratio – a difference to be noticed when changing gears, a smooth ride was introduced with a sports car.

A stylish, “never getting old” sports car. A surprising fact about this luxurious sports car is that it was not up to the speed of sports cars at the time – falling short with a top speed of 96.1mph and acceleration 0-60 in 13.3sec, however the idea behind it was not to be fast, it was meant to introduce a “better” look for the sports cars. Luckily, they have succeeded beautifully. 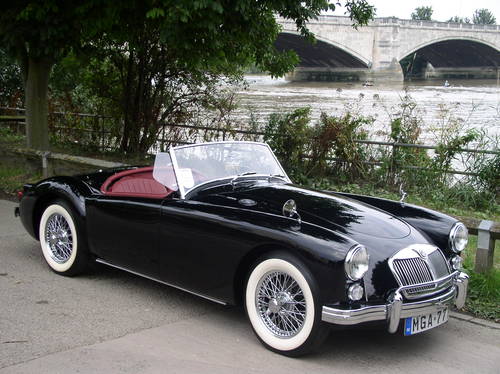 We saved the best for last – a first of its kind and my personal favorite. This little gem was one of the most popular cars of its time and it still holds up to its desirable status – compact and easy to drive, not to mention how appealing and affordable it is, who wouldn’t go for it? Being selected as “the most influential car of the 20th Century in 1999”, according to Wikipedia, the Beetle has not only the looks, but the attitude as well – equipped with a rear-mounted, air-cooled, four cylinder boxer engine that allows it to travel at a constant speed of 62 mph. Not bad for a Beetle, uh? 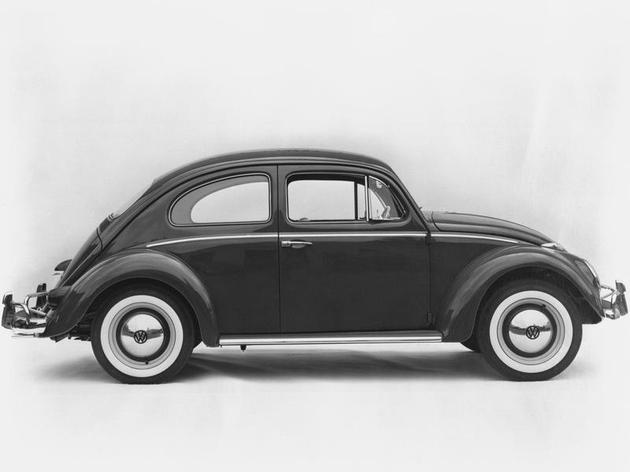 Don’t be fooled by the looks, a gem car could be hidden anywhere – it could be rusty, old, sometimes not functioning at all, that’s when you come in and save it, so it can have its old glory and fame. Found it far from home? Not to worry, we can help get it back home. We specialize in classic cars shipping, so, please do call us or request a car shipping quote online! For even more information, please review our How It Works section! And if your car is not ready to be driven, we can help you too – check out our how to ship a non-running vehicle guide.

So…Which one would you go for?