Do you remember the times when SUVs did not rule the American streets? When cars had more character and less sharp edges? When our idea of aesthetics did not trump over sheer practicality?

There were the days, people viewed cars in a different light. It was not about who could drive the biggest, baddest beast on the road. You needed your vehicle to do its job without breaking down in a couple of months. Luckily, a lot of them did not break down even in a couple of decades.

Those were the times when we had a very special affinity towards a particular type of vehicle – the American station wagon. I am not saying that we were head over heels for it, but we appreciated its utility. So what happened? Why have we largely forgotten about those autos?

Today, we will embark on a journey to answer these questions. We are going to explore the golden age of American station wagons. Maybe we can even figure out what the future holds for them. Without further ado, here we go on our trip down memory lane!

Why did the American station wagon come to its dawn?

Most of us consider estate wagons to be staples of the mid-Twentieth century. Surprisingly though, they have had their place on the US roads since all the way back in 1910.

That being said, in the beginning, things were a bit different. Station wagons were not your everyday cars. People regarded them as commercial vehicles, so they were used as such.

In fact, they even had a special name, which reflected their structure – a woodie. That was an estate wagon with bodywork constructed out of wood or wooden elements.

It was not until the 1930’s when the woodie wagons found their way to the passenger car market. However, once they did, that body type quickly gained ground. So much so that manufacturers even started producing luxury wagons.

The funny thing is that the woodwork was actually done due to demand, not for structural reasons. By the late 30’s it was apparent that metal is better, so manufacturers gradually phased the woodwork out of their cars.

Nevertheless, for a while people still wanted woodies. Because of that, many station wagons carried the wooden aesthetic, without actually having wood in the construction. Ford Country Squire is famous for that, as it kept the design all the way to the ’90s.

At this point, we are already hitting the end of the true woodie era. And while those cars were a sight to behold, the true estate wagon revolution began a bit after that. Let’s see which vehicles were at its forefront!

How did the rise of the estate wagons look like?

The Country Squire I mentioned above can serve as our guide to the start of the wagon craze. It was one of the cars that carried the spirit of the old estate wagons while keeping up with the demand of the times. By the end of the ’50s, the luxury model was a striking success.

You would think that the high-end market would not have a place for much competition at the time. But the demand was so high, that the Ford-owned Mercury Colony Park was also well-received.

People were eager to buy these practical, yet quite aesthetically pleasing cars. We may consider some of them a bit on the ugly side now, but they had their charm (and I think it may be coming back).

However, do not think that station wagons were only a high-end choice. People had an option in every budget range.

For example, Ford Ranch Wagon occupied the lower segment. In a weird turn of events, enthusiasts are now considering it one of the best-designed models to date. I guess price really does not have much to do with visual appeal.

Which are some other golden-age wagon models?

Chrysler Town & Country – I consider this to be one of the most interesting estate wagons ever. It has gone through so many iterations that every gen has something unique to offer. Even though the model name remains the same, all versions present a completely different car. 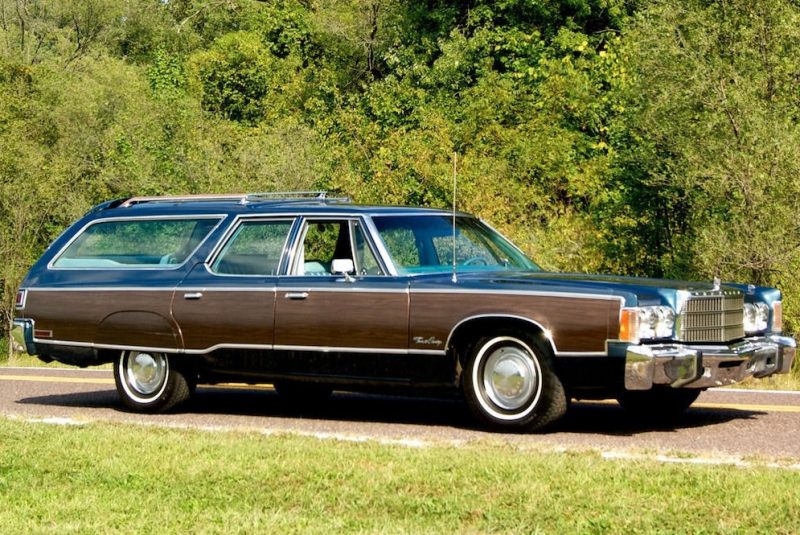 Dodge Dart Wagon – Back in the day car manufacturers were willing to take risks when it came to design. This is why so many of us appreciate vintage cars and think most of them should be considered pure artwork. The Dodge Dart Seneca Wagon serves as the perfect example of that.

Cadillac Eldorado Wagon – If you want to know what luxury looked like back in the day, you cannot go wrong with the Eldorado Wagon. Do yourself a favor and take a good look at the first few generations. I bet you would want to at least have a seat in that amazing salon. 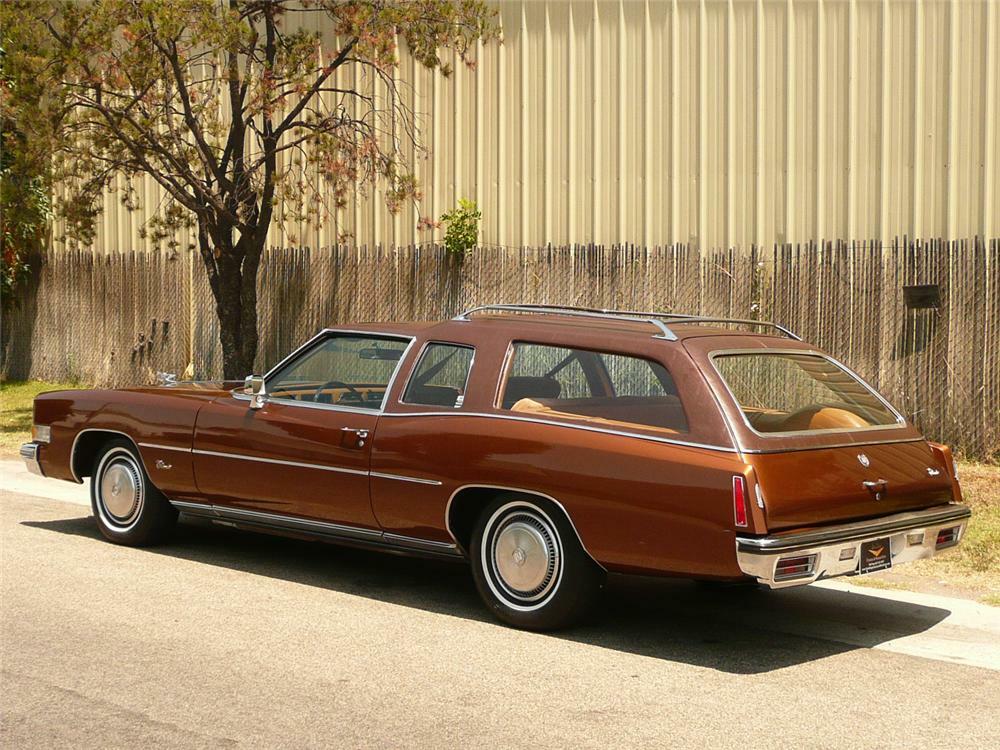 Buick Roadmaster Wagon – The Roadmaster was among the longest-running models of the company. However, only the fourth and fifth gen came with a wagon version. Their all-metal construction was incredible though. Sadly, the wagon models were not successful enough to be carried forward with further generations. 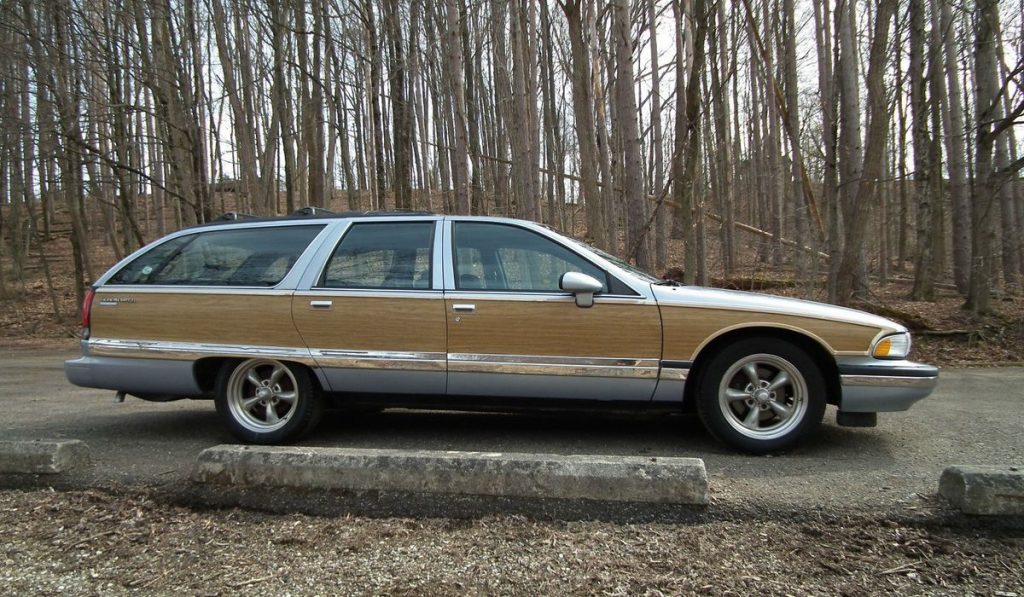 These are only a few of the many amazing wagons that roamed the US roads. Yet you can hardly see an American wagon nowadays. They have all disappeared without a trace. At the same time, Europe delights in that body type, which has a stable presence on the Old Continent. Why have we forgotten about it then?

What was the fate of the US wagon in the modern age?

My go-to explanation about the downfall of the estate wagon in the US is that people simply jumped to different kinds of cars. SUVs are the most notable culprits, but minivans are not far behind. While the latter have also fallen in popularity, they had quite the success with family people up until recently.

With that said, I do not think our love for wagons has died. Actually, Europe’s own wagons are gaining ground here in the States.

That is evident by cars like the new BMW Sports Wagon and Volvo wagons among many others. Their US market share has been steadily growing for a while, even if it still remains quite small.

Perhaps we should take a different perspective though. Instead of asking why US wagons have died, we should look at why US manufacturers are losing ground in general. However, that is a topic for another time.

For now, we can just agree that foreign manufacturers have been winning over the US car market. What follows from that?

Can we now have a different look at the rise of the modern wagon?

Now we can better explain the increased interest in wagons. I believe that non-US manufacturers are simply doing a great job at marketing their cars. Of course, that includes their station wagons too.

Obviously, most of them look amazing now. Gone are the boxy and downright ugly aesthetics of the 2000s. Considering wagons also provide more utility than a sedan, I am not surprised that they are gaining popularity. We may even be heading for a Europe-like situation where station wagons have a stable market presence.

Of course, I am not deluding myself that station wagons will suddenly be the go-to car choice. Yet as a company that offers car shipping services, I expect we will be among the first to notice their rising popularity. Still, only time will tell if that will happen.

But even if modern wagons do not gain a lot of ground, they may do something else. They can cause many of us to take a better look at vintage station wagons.

Truth be told, even though I am a fan of classic cars my knowledge of wagons was limited. Maybe it is high time we start appreciating those cars a bit more. Which makes me wonder…

I know that everybody has different tastes. This naturally applies to classic cars as well. Some of us enjoy the awesome vintage muscles, while others appreciate the slick design of classic luxury staples.

Somewhere among all those cars are the old-timey station wagons. A quick look at their market price tells me one thing – people are largely neglecting that niche. On the one hand, this is rather sad. On the other hand, that means you can score a luxury vintage wagon for not that much money at all.

If you have ever considered getting a classic, I am certain that a wagon will not be a bad choice. Even if it is not your first pick, just consider it a bit. Go online, check out the prices, and see for yourself.

In case you choose to get one, we from Corsia Logistics are always here to help you transport it. We can give you hand in shipping a car from Maine to Florida, or anywhere else in the States.

And even if you do not want to buy one, at least you can enjoy the sheer awesomeness of vintage wagons!