If you hear the words “Italian” and “supercar” next to each other, what brand comes to mind? Most likely Ferrari. Possibly Lamborghini. Maybe even Maserati. In any case, it would probably not be Alfa Romeo. Perhaps that should change!

In this post, we will take a closer look at one of the most interesting sports cars around: Alfa Romeo 4C. Going through its story and the brand’s history will tell us a bit about Italian automaking as a whole. In addition, we will cover some of the most interesting facts that make this car terribly appealing, no matter the gender, age, or cultural background. Hop on board!

Sports car, supercar, hypercar – what do these words even mean nowadays? Ultimately, it depends on your opinion. Can we consider the 4C a supercar? I say we can. Or as others put it – it is a baby supercar, or a baby Ferrari, if you want. Why so? Let me walk you through its story!

In 2011, the concept of Alfa Romeo 4C won the Auto Bild’s ‘Most Beautiful Concept Car of the Year’ thanks to the readers’ vote. Of course, when it comes to design, you can expect no less from an Italian manufacturer. With that said, the cool part hides elsewhere – what this car was presented as!

Right from the start, the designers were set to develop and produce “a new concept in the domain of sports cars, the ‘affordable supercar’.” They started from scratch, going at it from the ground up with a clear mission!

Alfa Romeo wanted to design a supercar that would not only be exclusive in terms of contents and performance but would also be affordable for its fans all over the world.

For that reason, the company set a goal to achieve a weight/power ratio of less than 4kg/HP. Did they manage it though?

The launch and production of Alfa Romeo 4C

Having a concept vehicle is one thing, but producign it? A whole another matter! Thankfully, Alfa Romeo made the concept viable and officially announced its production in 2013 at the Geneva Motor Show.

After its initial announcement, Alfa Romeo 4C kept winning various awards. In 2013, it got the “Most Beautiful Car of the Year” at the 29th International Automobile Festival in France with 41 percent of 100,000 votes cast from more than 50 countries. It left behind BMW 4 Series, Mercedes-Benz CLA, and Mazda 3.

The production of the car began in May 2013. At that time Alfa Romeo depended on Adler Plastic to supply carbon fiber tub. Hence, the automaker estimated to be building a limited edition of approximately 1000 to 3500 units per year.

The automaker introduced its US version of the 4C in 2014 at the New York International Auto Show. Since the car had to meet the US crash regulations, Alfa Romeo made sure to include extra bracing and strengthening to its American model. These changes are the reason why the US version of the vehicle weights a few hundred pounds more than its European counterpart.

What are some interesting facts about Alfa Romeo 4C? 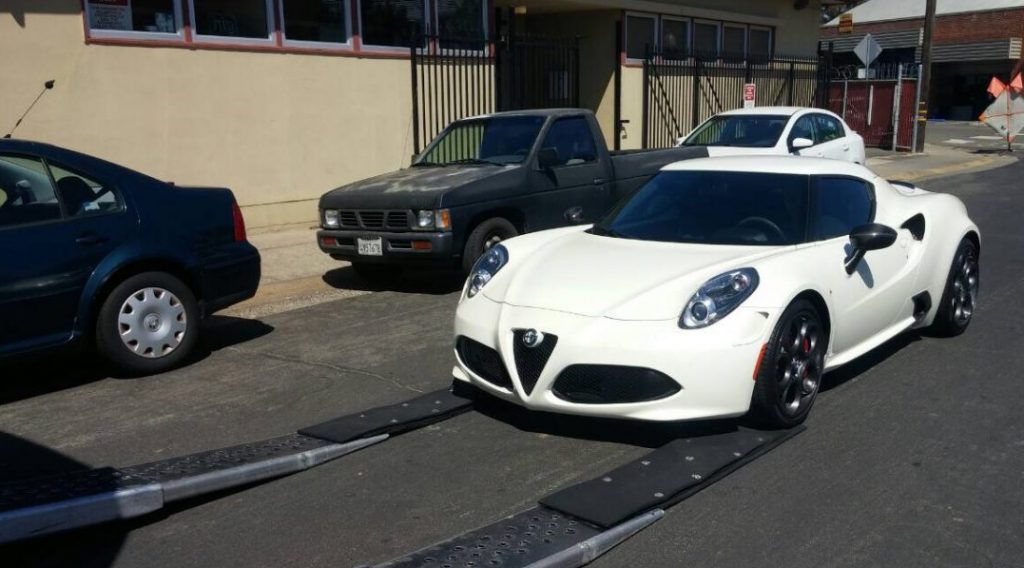 It is feather-light and lightning-fast

Alfa Romeo 4C (Type 960) weighs only 2,315 lb in the UС. Perfect for the road and the track, the 4C is lighter than a city car with a weight/power ratio of less than 4 kg/HP. It is powered by a 1.7 liter and 4-cylinder 237 hp turbocharged engine. Some would consider this underwhelming, but the car can achieve a 0-60 MPH in just 4.4 seconds.

According to the carmaker, focusing on horsepower would have driven the purchase and maintenance costs way up. Which would defeat the purpose of having an affordable supercar, right? That left them with the only option – making it weigh less.

They had to “reinvent” the auto design process to do it, as they could not just adapt another manufacturing process. However, it all paid off at the end, and now the car is one of the lightest in the world! Which reminds me – if supercars interest you, you can see something about their sheer power here: The top 10 fastest cars in the world!

It uses Formula One chassis technology

You know things are getting serious when you adapt the high-performance tech of Formula One. Namely: a carbon fiber tub. It is significantly lighter than aluminum but stronger than steel. Though the subframe is mainly aluminum, the skin of the model is made of Sheet Molding Compound (SMC) — a special type of fiberglass.

Even the front brake discs are also partially made out of aluminum, which reduces another 4.4 lb from its total weight. Oh, and here is another cool fact: Every single 4C is built by hand during a 6-week time frame by master craftsmen!

This models is Alfa Romeo’s first mass-produced supercar that returned to the North American market in the 21st century. The automaker introduced 4C introduced to the US and Canadian markets, after a 30-year break.

It is built at the Maserati factory

Alfa Romeo and Maserati have joined forces to bring to life this high-performance sports car. Of course, being part of the same umbrella company (Fiat-Chrysler) allows for such collaborations.

Why should I buy Alfa Romeo 4C 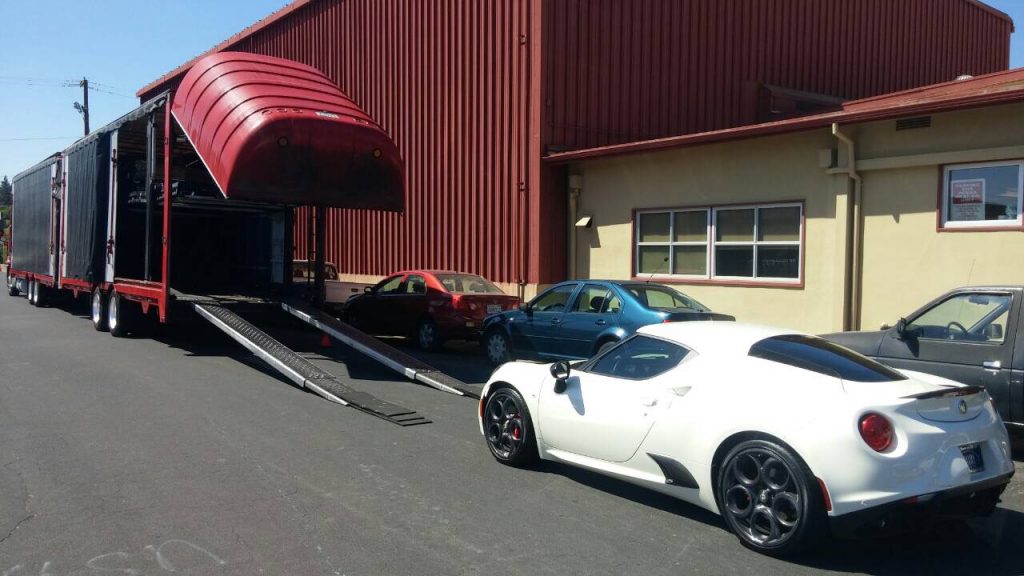 If you have not figured it out yet, this car can be your gateway into supercars. Of course, it does have a heftier price tag than your regular vehicle, but it doesn’t even come close to something like Ferrari. So, if you have ever wanted an Italian sports car, Alfa Romeo 4C is waiting for you!

The cool thing is the you can actually find it even cheaper. If you are willing to spend some time looking for a used one, you could get a good price on it. Such cars are not usually driven to the ground as people rarely use them as daily drivers. Meaning that getting a lightly used model is not that hard.

With that said, you may have to look for it online, because chances are you will not find it locally. Which also means you will have to figure out a way to ship. In fact, if you are set on getting this car, you should check this out: White-glove services in auto transport!