The Most Stylish Cars of all Time

We often hear how people tend to buy cars that match their personality, identity, and sense of style. While this is not always true due to financial reasons, age, or physical restrictions, in many cases a stylish person would undoubtedly own a stylish car, and a stylish car will most likely belong to a stylish person.

The five most stylish cars of all time

It was only yesterday that I spotted a VW Beetle parked outside the restaurant where I was eating with my family. As expected, the owner of the car was as stylish as the car itself. Sometimes, I secretly think that buying a stylish car can, in a way, enhances your personal style, the way you dress, and even the way you walk. 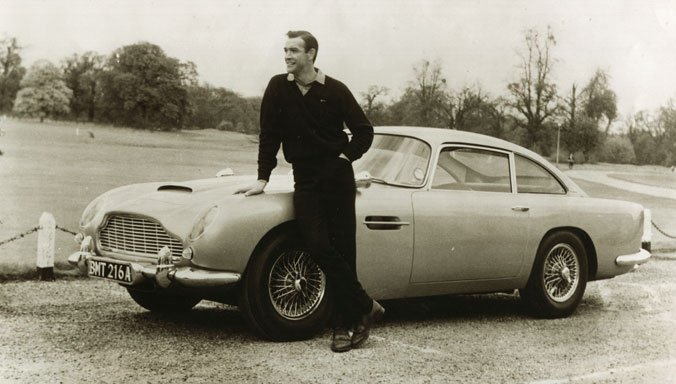 “In addition to the engine with increased power DB5 got a new 5-speed transmission ZF (except for some of the first cars), and three carburetor Skinners Union. Although at first, it was a standard 4-speed manual (with overdrive). As a result, a car with a six-cylinder 285-horsepower engine could reach a maximum speed of 233 km / h (145 miles / h). Acceleration from 0 to 100 km / h in just 8 seconds — and it’s pretty good for a sports car 60s of XX century,” according to Dragtimes.

If you’ve seen all James Bond movies, you must have stumbled upon this stylish hell of a ride that made its first film appearance in 1964 in Goldfinger. “Aston Martin DB5 — a very rare car, two years of series production of this model has released only 1023 machines: 65 machines have the prefix in the name of Vantage, and are characterized by high capacity — up to 315 liters. s. and the acceleration to 96 km / h was reduced to 6.5 seconds, reinforced by steel brake vacuum tank is a nice addition to the owners of this model,” Dragtimes reports.

During the ’50s and ’60s, Jaguar had quite a run. With its engine designed by William Heynes, Walter Hassan, and Claude Baily, the XK120 was a breakthrough not only for Jaguar itself but for all sports cars in the post-war period. Launched in 1948, just like Mark V, XK120 has a 3.5-litre hemi-head six-cylinder engine.

Its successor, though, the XK140, which debuted in 1954, is to this day one of the most stylish cars. Compared to its predecessor, the XK140 had an upgraded more spacious interior. Its brakes were improved, its suspension travel was increased, and it featured telescopic shock absorbers. If you’re a 50’s fan, you will love Jaguar XK140’s style, design, and the history it carries.

The origins of Jaguar go back to 1922 to the company that began by making motorcycle sidecars. In 1934, one of the founding fathers of the Swallow Sidecar Company, William Walmsley, decided to sell-out. His partner, William Lyons, formed S.S. Cars Limited, replacing Walmsley’s investment by issuing shares to the public, and started building automobiles.

As you can see, with a little research, you can find pretty sweet deals. Jaguar’s two-seater E-Type which entered the market in 1962 is also a real gem. Even Enzo Ferrari called it the most beautiful car ever made.

According to Which Magazine,  Alfa Romeo 4C was named the most stylish car at the Australian Motoring Awards 2016.

Alfa Romeo 4C won WhichCar’s most stylish car for 2016. The award was presented to Fiat Chrysler Australia’s manager of PR and Communications, Rachel Reed. “We are very pleased with the outcome of the WhichCar Style Award and the response we had both through the online poll voting system and our judging panel. While all four finalists were very stylish and received acclaims from our judges, it was the Alfa Romeo 4C that stole the spotlight.”

“At the end of the day, its lovely detailing, X-factor appeal, and innovative design made it a worthy winner,” WhichCar’s Lifestyle Editor, Anna Kantilaftas, said.

Since its launch in 2013, its catchy and chic design have caught the attention of many. As a result, the 4C holds many awards. From ‘The Most Beautiful Concept Car of the Year’ award by the readers of German magazine Auto Bild, The Alfa Romeo 4C Concept has won the Auto Bild Design Award in 2011, and the “Design Award for Concept Cars & Prototypes” by referendum of the public in Villa d’Este.

You can become an owner of this stylish ride for only $53,900. On a side note, if you are looking for a classic version of Alfa Romeo, go for Alfa Romeo Spider. Dustin Hoffman owned one in the 1967 The Graduate movie, where the car made its famous appearance. Just make sure to never run out of gas like Hoffman’s character Benjamin Braddock.

As a big fan of Volkswagen Beetle, I can’t help but include the Bug, AKA the Super Beetle, Maggiolino, Fusca, or Cucaracha on this list. Volkswagen manufactured and marketed the Beetle from 1938 until 2003. The car was not only a sign of coming back to normality after World War II but also an icon of export success. During that time the car gained a lot of attention domestically as well as internationally, especially in the United States.

According to Bernhard Rieger, a history teacher at the University College of London, and author of “Technology and the Culture of Modernity in Britain and Germany,” 1890-1945, the car, to former West Germans in particular, was not only seen as just another successful car, but as a multi-layered and uncontroversial icon of the Federal Republic.

“Rather than remaining a merely functional object, the car came to articulate and communicate a broad range of sentiments that, given its prominence, highlight key aspects of West German collective identity,” Rieger wrote in his journal titled “The ‘Good German’ Goes Global: Volkswagen Beetle as an Icon in the Federal Republic.”

The world’s longest-running and most manufactured car of a single platform is truly one of the most stylish cars out there. With a starting price of $20,695 you, too, can become one proud owner of this cute little historic vehicle.

Want to reach places fast and in style? Lamborghini is your answer. This timeless sports car is the epitome of beauty and grace. Lamborghini introduced Murcielago in 2001 as a coupe. Drivers in North America received an opportunity to test-drive this supercar in 2002.

What makes this car special is the fact that the Murcielago was Lamborghini’s first new design in 11 years. Also, the car was the brand’s first new model under the ownership of the Volkswagen Group.

Are you a lucky owner of an exquisitely stylish car or planning to buy one soon and need to ship it? You must be excited and anxious at the same time then. Shipping a luxury, classic, or sports car is a more complicated process than shipping just any car.

Your exotic car is an expensive investment. Would you want to risk having it delivered with any kind of damages, or even worse – to become a victim of a car shipping scam? No. And, you wouldn’t trust just any company to transport it.

Therefore, we urge you to thoroughly research auto haulers that offer luxury car shipping services. Make sure you learn all about the process and the company before handing over the key. It contains all the information you need to successfully transport your luxury car.

Here is how shipping a luxury car across America works:

Do you need to ship a Lamborghini, a BMW, a Corvette, or any other luxury car to another state? We are here to help you transport it with peace of mind. Request a free, no obligation car shipping quote online or call (818) 850-5258 to discuss your options with one of our logistics experts. Thank you!

Juxhina is a published writer, book editor, and digital marketer who has traveled in over 20 countries and lived in 5 of them. She holds a B.A. degree in Journalism & Mass Communication from the American University in Bulgaria and is currently finishing her Master's degree in Communication Science at the University of Vienna. When not engaged in research, she likes to oil paint, watch TV series, read, and take pictures of classic cars (mainly cute Volkswagen Beetles).