The world of classic cars can spin you around like crazy. One moment you are looking at your favorite classic Corvette, and next… You are down the rabbit the hole, researching more and more obscure vehicles.

Recently, Corsia Logistics shipped one very peculiar automobile – the 1975 Bricklin SV-1. This is a car with an interesting history. Everything around it is veiled in controversy, marketing issues, staff problems, and a bunch of other misfortunes. Honestly, the fact that it even exists is somewhat baffling on its own.

Considering that Bricklins are scarcer than most classic models, transporting one is definitely a big deal. The car itself may have had its problems, but through the lens of time perhaps we can all learn a thing or two from it. So we figured it would make an interesting read. Let’s dive in!

The peculiar route to founding a car company

There are not many car manufacturers that have only come up with a single vehicle. Or at least we do not hear much about them. Considering how expensive of an endeavor car development is, it is no wonder that only a few people can afford such a costly mistake. That is why we have to start our story with the name behind the car – Malcolm Bricklin.

Born in 1939, Bricklin began experimenting with entrepreneurship at the age of 19. Although his first endeavor was a failure, he did not give up. In fact, shortly after that, he saw another interesting opportunity – importing Subaru vehicles to the States.

Many people claim that Bricklin is one of the pioneers who has seen the potential of Japanese vehicles on the US market. And even though the first imported models were not a giant hit, success still followed. With his “Subaru of America” company Bricklin made a fortune. The company went public only 6 months after its formation.

But Bricklin had a grander vision. After another failed business venture he tried to develop on the side, he decided to try something new. Instead of always playing the middleman, he took up the challenge to create the product itself – a fully-fledged vehicle to compete with the industry leaders.

How the Bricklin SV-1 came to be

It all started with the founding of General Vehicles – the company to manufacture the car Bricklin had in mind. The entrepreneur wanted to create a vehicle that would offer something different. So he bet on safety features. Actually, the name itself – Bricklin SV-1, stood for “safety vehicle one”, implying it was the first of many to come.

However, it would be wrong to assume that the SV-1 was purely focused on safety. You can hardly sell a car on such merits alone. Malcolm Bricklin knew that; which is why he also combined his idea with another one – an affordable sports car.

While his dreams were obviously great, designing and building the vehicle was easier said than done. So much so that the initially hired designer did not handle the task. And throughout the course of coming up with a proper concept, many things had to be changed over and over.

Still, by the end of 1972, a functional prototype was built. It is known as the Grey Ghost and was truly one of a kind car. It housed parts from a variety of other manufacturers, including Chrysler, Opel, Datsun, Toyota, and even the would-be rival Chevrolet. Sadly, it did not receive the green light, because Bricklin decided to go with a redesigned and re-engineered model, scrapping much of what had already been done.

In the end, three working prototypes were built. They served as the basis of what the Bricklin SV-1 was when manufacturing started. And thus in 1974 began the production of the notorious model. Sadly though, it soon became apparent that if you dream big, you might fail big as well.

As I have said, one of the main goals of Malcolm Bricklin was to make an affordable car. But safety, affordability, and actual quality are tough to fit together. For example, Bricklin opted for plastic bodywork on the vehicle, which drove the cost down but was also much more brittle.

The acrylic and fiberglass materials presented other problems as well. They did not handle temperatures well, with the acrylic resin even blistering during tests. On top of that, the composite material could not be held together properly, because the sun would damage the bonding resins as well.

This plethora of persistent issues hit the manufacturing process hard. Losses started piling up, making the sales projections worse by the day. The company was not able to handle that even at the end of the manufacturing cycle. Up to 25% of the materials went to waste during production.

But despite the glaring issues during production, Malcolm Bricklin decided to go ahead and release the car anyway. Thus in June 1974, the Bricklin SV-1 officially hit the market. Sadly though, you cannot make it in business just by crossing fingers. Especially when more problems come knocking on your door.

How the Bricklin SV-1 ultimately failed

While there were only 800 units manufactured during the first year of production, the people who got them were impressed at first. The sports car of Malcolm Bricklin’s dreams would actually hold up against the famous Corvette, at least in performance. This was quite the big compliment at the time. So what led to the failure of Bricklin SV-1? Well, everything else.

The first thing that comes to mind when you hear “sports car” is speed, sure. But then comes comfort, attention to detail, and reliability. Here the Bricklin did incredibly bad. A whole new set of issues came to light as soon as people started driving the model a bit more.

For example, sometimes the powered gull-wing door mechanism would break, trapping people inside. Problems with certain details around the car were also present, and many saw the car lacking in the comfort department too. All in all, things were not looking great for the model.

Taking all of that into account, Malcolm Bricklin decided to shut down the operation as a whole in 1976. It was later acknowledged that there were many limiting factors to Bricklin’s project, with lack of both capital and experienced professionals being at the forefront.

But even though the car was a business failure, there is still a cult following around it. With just 3000 Bricklins out there you can imagine the model is not exactly common. Which is why we were genuinely interested in it when a client approached us to ship it for them. 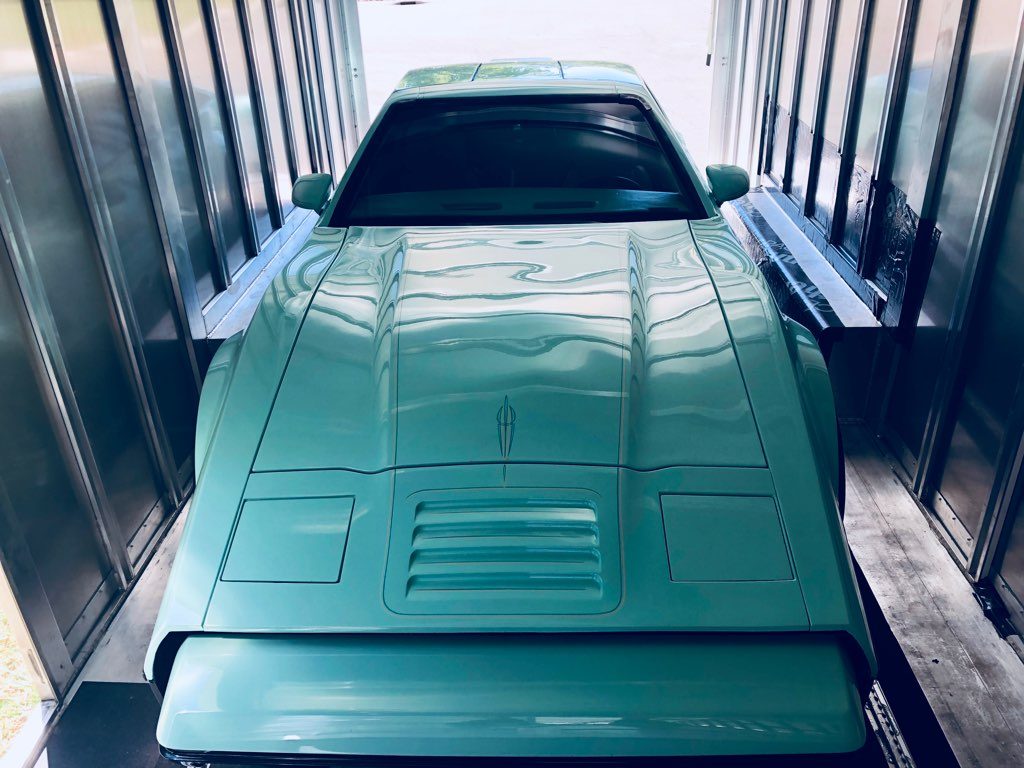 This car is indeed a sight to behold. It may have had a bunch of problems, but that does not mean it is any less spectacular. The gull-wing doors, the acrylic finish, the odd shape – this is not something that you see in the 21st century. Actually, you did not see that back in the 80s all that much either.

Naturally, such a car should only be treated with great care. For such occasions, we have classic car shipping services that are reserved for the most special of vehicles. Throughout the years we have transported plenty of luxury models and vintage autos, but the Bricklin SV-1 was something else.

Here is some good news – you can have such a car in good condition for somewhere around 20 grand. The question is are you willing to get one? I really think that owning a piece of history is awesome. Even more so for a model that is as controversial as this one. Do you?