We all hear stories about how well our neighbors’cars are performing or how much they cost. Sometimes we hear stories about funny incidents from the past. Like the one about the wife who caught her husband cheating and in revenge sold his dainty Porsche for a measly $50. Or the story about the guy who called Rolls Royce to say he was amazed that the only sound he could hear while driving was the clock. Then Rolls Royce sent someone to replace the noisy timekeeping device with a quieter one. But what about some automotive mysteries? Intriguing, huh? Here are a few of the most talked about urban automotive legends. 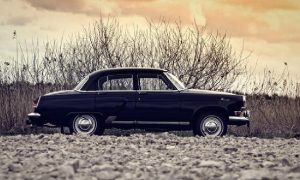 The legend of the Black Volga originated in the Soviet Union sometime in the 1960s-70s. A failed government and the tension of the Cold War brought fear into the lives of common people. Even familiar, everyday things caused jitters; like their cars or more specifically – this one Volga. No one knows how the legend started, but what is certain is that it spread like fire. And no wonder why. Not a single person could see a driver behind the wheel no matter how many times the car passed by. Some claimed they saw nuns or a priest driving, while others believed it was Satan himself. The car was often seen on occasions when children went missing, and the legend says that if you challenged the Black Volga, you had 24 hours left to live.

The legend of the Black Volga spread through Mongolia, Belarus, Ukraine, Poland, and Russia.Surprisingly (or not), this type of vehicle was the most expensive one could see at the time, and it was typically driven and/or owned by the Communist Party and Soviet political officials, who, indeed, were the ones responsible for the nation’s fears. 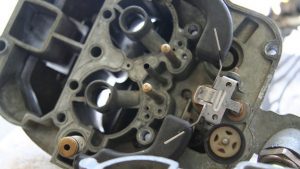 In the mid-1930s, a Canadian inventor by the name of Charles Nelson Pogue claimed he created a new type of carburetor that completely vaporized gasoline before introducing it to the cylinders, thereby extracting much more energy from the fuel. Unfortunately, he was denied a patent numerous times.

It was then that the rumors started. Several stories claimed there were people lucky enough to have experienced the miracle with their fuel. One guy did a 1,879 mile trip on 14.5 gallons. Another one claimed to have driven 26 miles on a pint of fuel. One rumor followed another and the invention quickly gained popularity. But then people became curious. They wanted to see the carburetor. And that was never permitted.

No one reputable was allowed to see the mechanical miracle in action, let alone have a chance to measure its results. Journalists started doubting the existence of the invention and decided to point their questions at Pogue himself. And he never mentioned the miraculous device again.

Those who chose to believe it ever existed settled with the explanation that “A bad guy” came along and bought the rights to the 200mpg carburetor and decided to keep it off the market forever. 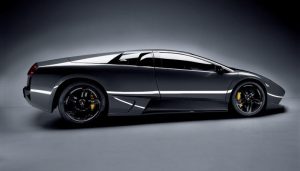 Is there anyone who hasn’t heard the story of the infamous “200mph drug-dealer Lamborghini” yet? Well, here it is.

One night somewhere in Nevada, a cop was assigned a night shift by the graveyard, on a little-used road, where motorists were often racing. He was given a radar gun and told to take care of anyone overspeeding. At some point in the night, when he was almost falling asleep, his radar gun goes off screaming for no apparent reason, registering 140 mph. There is no car in sight, and the cop thinks there’s a problem with the gun.

Surprisingly enough, the same thing happens the following week as well. This time, however, the gun registers 145, and the officer pays more attention and gets his gun checked. When he is told everything has been working properly, he decides to ask for help.

The next week the police officer has several other men positioned along the road. When the radar gun starts going off again, the officer warns his colleagues to prepare for whatever is coming their way.

Rumor has it, the last one is more than just a legend.

But I hope you can see why the rest fail as truthful stories.