The ugly car that we love (to hate)

If I am to ask you what the most subjective thing on Earth is, what will you say? “Taste” should be among the top answers. I love apples, you prefer oranges. No one is right or wrong here.

And when it comes to cars, some models are fairly ugly, yet there are people who find them strangely appealing. What is all that about?

Today, we will look at several cars, whose aesthetics are a bit… controversial, to say the least. People have strong opinions on them, which are usually on the bad side. But are they wrong? While subjectively hideous, some of these cars actually turn out to be quite useful. Let’s check them out!

Which vehicles are considered ugly?

Before I jump to the models themselves, I have to say a few words. There will always be people who do not like a certain model or an entire car brand. However, in this article, I will only focus on vehicles that most folks find ugly.

That being said, I have an honorable mention for you. There is a model, which I have hated since the moment I first saw it. I am looking at you Tesla Model X. As a Tesla fan, I really wanted a great SUV from the car maker. But this? Come on! Still, I know there are people who love it, so I cannot go all fire and brimstone on it. Though I can do this… 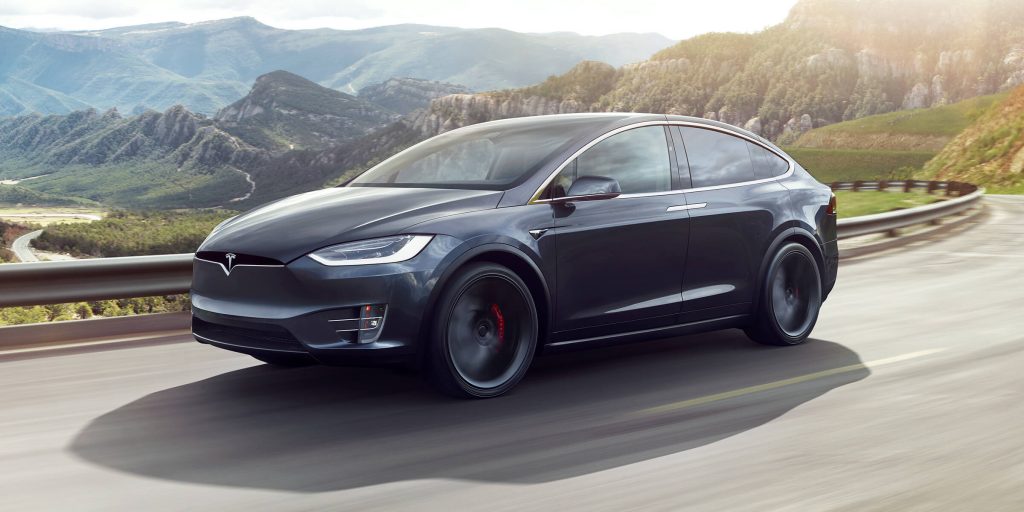 Tesla models usually look good. I think the Model X is more of an oddball, but Elon Musk’s designers are generally in the right. Unfortunately, the same cannot be said for other manufacturers that want to hop on the electric car bandwagon.

Recently I wrote about choosing an EV. Do you know what I have learned? While there are plenty of options out there, most electric vehicles are plain ugly. Why? I have no idea. It seems like car designers are trying to come up with an over-the-top futuristic aesthetic. Perhaps because electricity is the future and all that. Well, it does not work.

Interestingly enough though, the EV design fans are plenty. This goes to show that I am right – some people like to stand out from the crowd no matter the cost. And you know what? All the power to them! They are enthusiastic enough to show that electric vehicles can indeed power the future. So we will definitely start seeing more mainstream designs down the line. Just keep that BMW i3 away from me for the time being.

An SUV to rule them all… or not

I have a soft spot for SUVs. They are massive, generally safer than most vehicles and usually have very pleasing looks. Most of the time they err on the side of conservative design. That is awesome though because no one has ever said: “that car needs to be flashier”.

And then there is the new generation Lexus LX570. What the heck is this thing? I first saw its interior and thought that it looks like a complicated spacecraft. But that is a trend with Japanese designers anyway. However, the exterior is just appalling. The best way I can describe it is “boxy”.

Nowadays most manufacturers try to balance a curvy aesthetic with sharp details. Not here though. The LX570 bets on sharp everything – from headlights to grille, to back, to its entire body. Still, there is a supportive crowd for it out there, because after all, it is huge and luxurious. Taking in a family of seven will not be a problem at all.

The minivan that is just sad 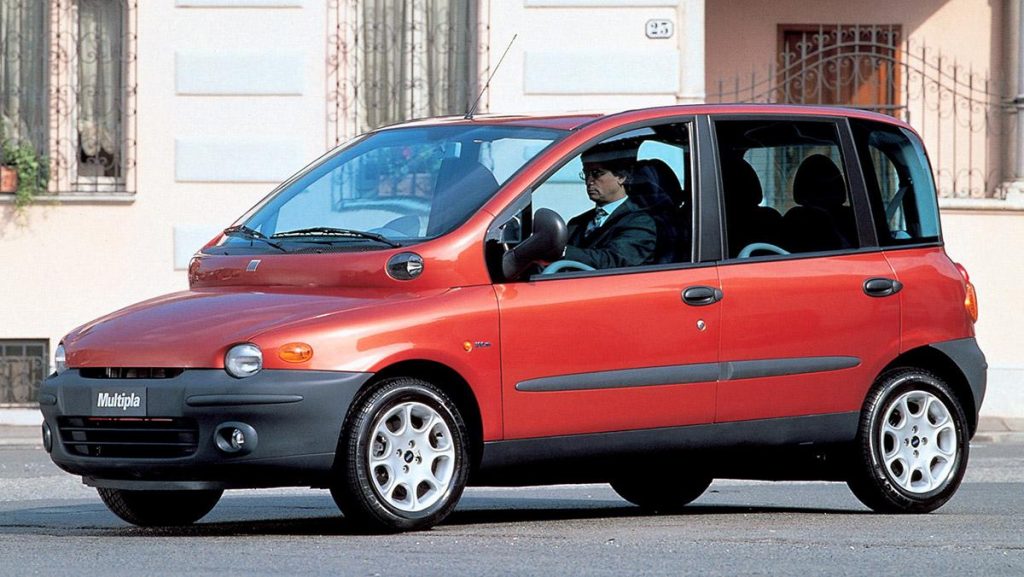 If you thought that a boxy SUV is my worst offering, you are wrong. The LX570 may look bad, but at least it has a lot of other things going for it. Sadly, I cannot say the same about the next entry in our list.

I present you the infamous Fiat Multipla first generation. It is not easy to make a minivan that looks objectively worse than all others in the category. Yet, the designers of Fiat have achieved it. Do you realize how difficult that is? The minivan niche caters to families, so design is not their number one priority. This is why most such vehicles are an easy pick for an ugly car. However, the Multipla takes the cake.

Now, it is not like this model does everything wrong. In fact, there are people who appreciate how spacious it is, and families find it quite useful. And there is the fact that you will definitely draw attention with it. Perhaps it grows on you with time.

A cube on wheels 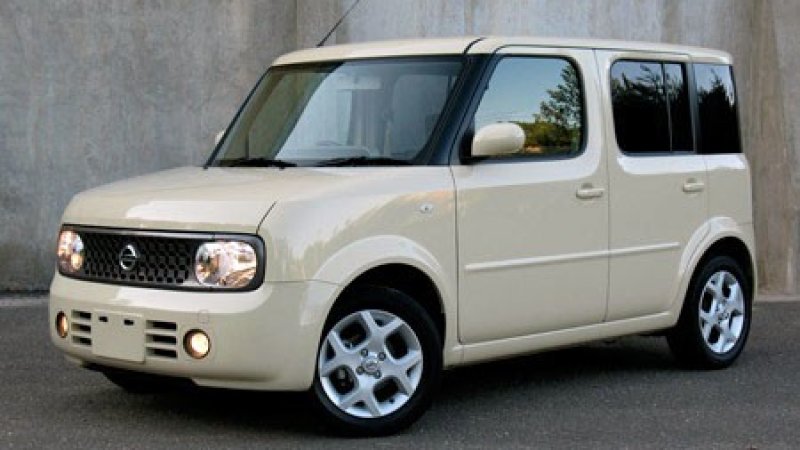 I think there is something about boxy vehicles that just makes them ridiculous. Nonetheless, we can excuse designs that are accidentally bad. After all, most people like their creations. It is hard to critique your own brainchild. But what about concepts, which are purposefully made bad?

Let me introduce you to the Nissan Cube. Yes, this is serious – the manufacturer is completely aware of the ridiculous design. The funny thing is that the first generation was not even sold in the US, and the last one is no longer sold here either. Nissan pushed hard, yet we did not bite. So if you want to get your hands on this oddity, you can only do so on the used market.

Before we go on, I have to mention something. Objectively, the Cube is not worse than something like the Scion XB. It may even be a little bit cuter. But at least the XB design is unintentionally bad (unless the model name secretly stands for BOX).

The last but not the least… unsightly 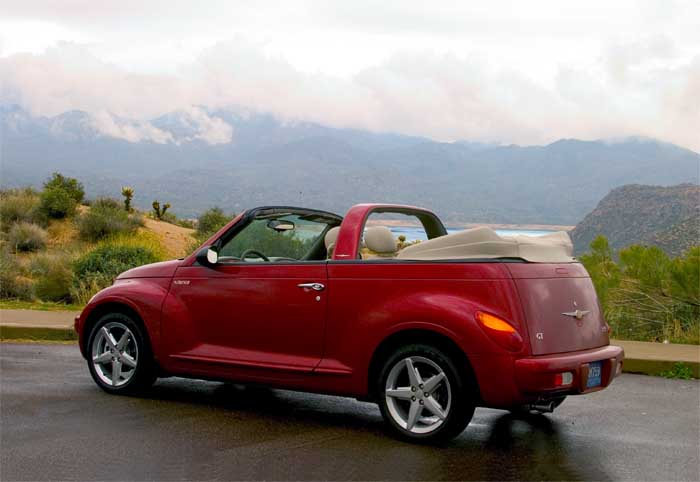 Here is the thing – I understand the appeal of EVs or a luxury SUV. I see why the Multipla can have its fans among cost-conscious families. And frankly, the Cube can be a personal statement kind of thing, too. However, it is hard for me to find a redeeming quality about our last entry.

The base PT Cruiser is a fine car in my opinion. The design is not even that bad, even if it is polarizing. I kind of like it. Still, I cannot stand behind the convertible disaster. Even worse – I do not know a single person that likes it. I figure that in due time it will gather a crowd of supporters who will like it exactly because no one else does.

Would you buy one of these vehicles?

Even though I joked about the models on this list, I have to be frank and say that they have grown on me (except the last one). I somewhat understand why people can be fond of them. And honestly, I do not mind to be seen as the guy who drives that weird car.

But what about you? Do you enjoy these vehicles? Would you want to have your hands on one? Some of them you would have to buy used. But do not worry, there are plenty of options online. You can even shop out of state for a better deal. We from Corsia Logistics will be there to help you with shipping the car to you. Just pick the model, buy it, and give us a call!