Toyota Corolla: The most faithful car

Corolla has been recognized as one of the most reliable, economical, durable, and faithful cars in the world ever since Toyota touched US soil in April of 1968,

But what makes this car so reliable? Why millions of people worldwide consider it one of the most faithful cars? And what to do with your Corolla when moving?

In this short guide, we will answer all of these questions. But first, let us take a look at the history of this car.

A short history of Toyota Corolla

During the mid-1960s, the needs of Japanese commuters were constantly changing. As Japan’s industry was rapidly expanding, the daily commuting time of Japanese consumers was increasing as well. People needed to get around at their own schedule. And having a car turned into a necessity.

When the former Chief Engineer of Toyota, Tatsuo Hasegawa realized this, he conceptualized the first Corolla. The car was initially designed to meet the changing needs of Japanese commuters. And Hasegawa has remained true to the original principles, at the same time always striving to adapt to the changing times to meet consumer needs.

As I have already mentioned, the Toyota Corolla entered the US market in 1968. Although, the automaker first introduced this line of subcompact and compact cars in 1966. After its launch in North America, the company experienced a huge success. The great number of early sales in the US helped sell 1 million Corolla units worldwide. And that milestone was reached just four years after the car was launched.

By 1974, the Corolla managed to become the best-selling car in the entire world. And to this day it remains one of the best-selling vehicles. In 1997, the Corolla even surpassed the Volkswagen Beetle in the number of sales worldwide. Its global cumulative sales exceeded 22.65 million units.

On September 5, 2013, Toyota Motor Corporation (TMC) announced a new milestone. The cumulative global sales of the Corolla had surpassed 40 million in July 2013.

In 2016, this line of cars reached a new milestone. Toyota sold 44 million Corollas! While in 2018, Toyota Corolla unveiled 3 new models.

Another variation of the 12th generation of Corolla was the Station wagon. Called the Corolla Touring Sports, the new model was unveiled during the Paris Motor Show in 2018.

The third model was the Sedan variation of Corolla. It launched in November 2018 in Carmel-by-the-Sea, California. At the same time, the car also launched at the Guangzhou International Motor Show in China. Corolla is selling 2 versions of the model: Prestige and Sporty.

What makes Toyota Corolla so reliable?

When Corolla was first introduced to the world, some of the basic safety features were optional. But later on, Toyota decided to include those features as standard. Throughout the years, the Corolla series has undergone several major redesigns. Nonetheless, its reliability has always been its main quality.

It doesn’t matter how many standard features Toyota has added to its cars over the years. The company has always been committed to offering the highest quality levels at the most affordable prices. Toyota has done the same with Corolla, one of its most popular models (not only in the US). Various owners have claimed their car lasted well over 300,000 miles.

Toyota has taken quality assurance very seriously throughout the years. Whenever the company sees something that could be fixed with the cars, it takes action. The car manufacturer cares about their customers, so it focuses on the process of quality improvement until the result is satisfactory.

That’s what has made families all over the world choose this car over any other nameplates. And that’s one of the reasons why they keep that old Toyota Corolla.

What to do with the Corolla when moving? 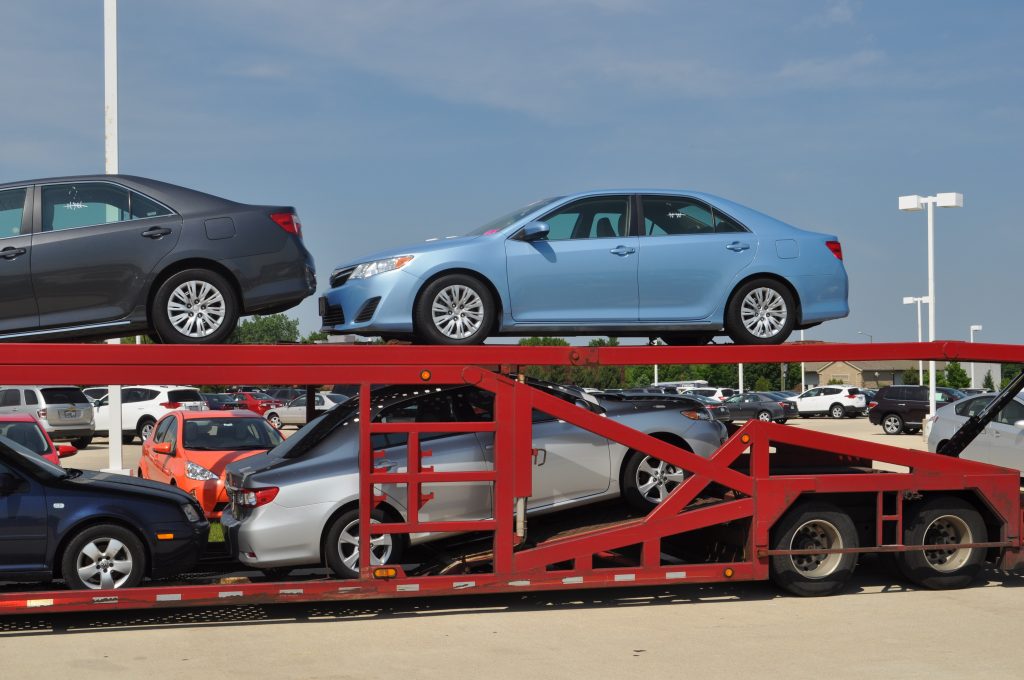 Many people ship their cars when moving, be it from New York to Chicago, West Coast to East Coast, or anywhere else in the US. If everyone can do it, so can you. If you have never shipped a car before, don’t worry. They say there is always a first time for everything.

Shipping your Corolla is simple. You just have to find a reliable and trustworthy shipping company. One that will ship your vehicle safely and efficiently.

So take your time, do your research, request multiple shipping quotes, and ask questions.

What distinguishes a good shipping company? A good shipping company is the one that doesn’t try to upsell or pressure you into buying their services. An auto transport company whose customer service agents are knowledgeable, responsive, and friendly. One that offers realistic prices and has great customer reviews. Those are clear signs of a reliable company.

Do you have any vehicle shipping questions? Corsia Logistics vehicle relocation experts are always ready to help you. Don’t hesitate to call us at (818) 850.5258 or chat with our agents online. Thank you!