Veterans in the trucking industry

The veterans who were active or reserve members of the US Military have been having a hard time returning to civilian life and finding a new career. According to The Washington Post, since 2001 around 2.4 million members of the US armed forces are no longer serving in the military, and the number of veterans is expected to increase by 1 million over the next 4-5 years. The veterans’ readjustment to civilian life is getting very challenging.

The challenges of readjusting to civilian life

Finding a new meaningful career is important. And many veterans who served in the military for over a decade find it challenging to reintegrate into the civilian workforce. Often, a new career requires additional training and education, which can be costly. And the job market doesn’t always allow to receive a quick return on investment.

Many life aspects will change as well. Veterans’ responsibilities, their role in the community, and their lifestyle will be different. That is not all. They will feel like they have to rebuild their whole life from the beginning. Can you imagine how stressful that can be?

A lot of veterans get affected by post-traumatic stress disorder which makes it even harder for them reintegrate into civilian life. According to The Washington Post: “Since 2009, Veterans Affairs has reduced veterans’ homelessness by one-third during the worst recession since the Great Depression and provided access to previously denied disability benefits for more than 800,000 veterans with conditions related to Agent Orange, Gulf War Syndrome and post-traumatic stress disorder.”

The families of service members will also have to face big changes. They often assume the responsibility for making their veteran’s transition to civilian life easier. And on top of that, they will no longer receive support from the Department of Veterans Affairs.

How is the government helping?

During recent years, the US federal government has taken a lot of initiatives to help veterans transition easier. In 2009, the US Department of Veterans Affairs helped more than 1 million veterans to go back to school through the implementation of the new post-9/11 GI Bill.

In 2011, the Pentagon and Veterans Affairs organized training for veterans to help them transition into their new life and incorporate their military skills and experience into a civilian resume. During the same year, the Obama administration’s campaign Joining Forces aimed to increase the employment rate of veterans by challenging companies all over the US to hire or train around 100,000 veterans or their spouses.

Since then, a considerable amount of unemployed veterans have been hired and trained. But the campaign far from being over. Various American businesses have committed to hire or train 435,000  more veterans and their spouses by the end of 2018.

Despite these efforts, more than 50% of the veterans have been complaining that the government is not doing enough. According to the Washington Post, one of the reasons why most veterans are not satisfied is the difference between veterans’ expectations about civilian employment and the reality.

“Sixty-six percent of the veterans polled believed they have the education and skills to be competitive in today’s job market; 81 percent thought their skills would translate well to the civilian job market, and 62 percent thought employers would see military service as an advantage.”

Veterans often believe that they will have good chances of getting employed after leaving the military. But their high expectations lead to big disappointments.

Veterans’ opportunities in the trucking industry

In July 2014, the Federal Motor Carrier Safety Administration (FMCSA) expanded the waiver program, which helps unemployed veterans to get jobs as professional truck drivers, to all 50 states and the District of Columbia.

According to the DOT: “The eligibility period to obtain an FMCSA Military Skills Test waiver has been extended from 90 days to one year and  returning military service personnel who possess a state-issued Skill Performance Evaluation (SPE) certificate due to a limb impairment will automatically be recognized as equivalent to an FMCSA-issued SPE certificate and allowed to obtain an interstate commercial driver’s license (CDL).” So, the situation is clearly getting better for veterans looking to start a career in the trucking industry.

Thousands of active service members and veterans are now able to use their military skills and experience in trucking.

Unemployed military veterans can now find various employment opportunities including jobs as truck drivers at SimplyHired.com. You can search for ‘trucking jobs for veterans’ link to find thousands of trucking jobs that are available for veterans. After all, America runs on trucks, not on donuts!

How can the trucking industry benefit from hiring military veterans?

Why should veterans choose the trucking industry? 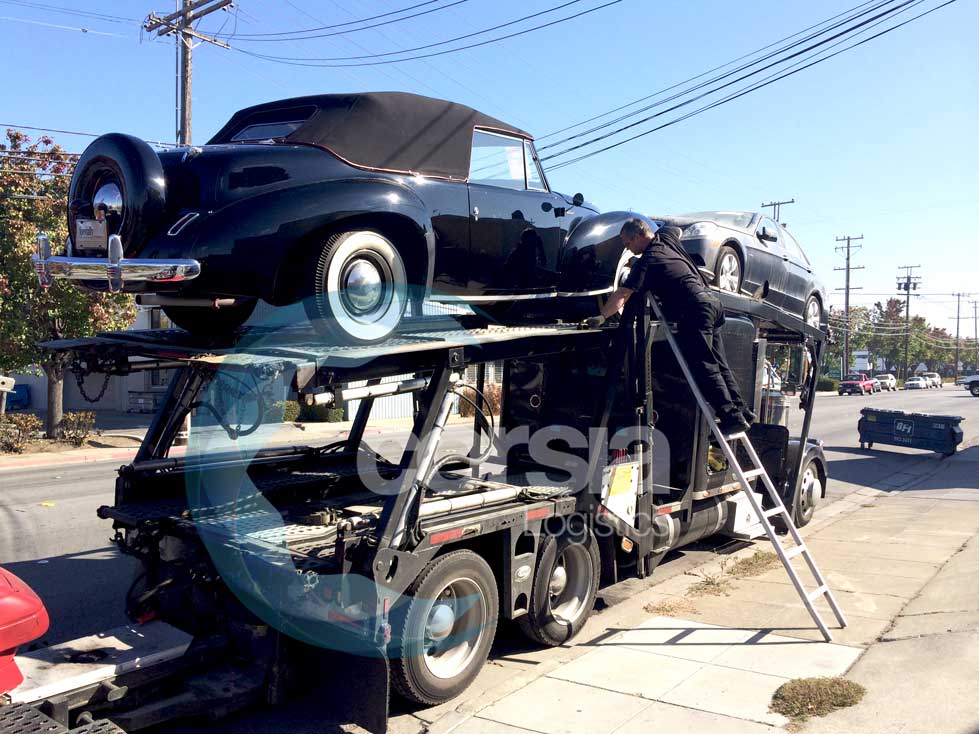 Because it’s a job that pays a decent salary, and there is a demand for drivers.

Over the recent years, various trucking companies in the US have suffered a serious shortage of truck drivers. It is expected that by the year 2020, the need for heavy-vehicle drivers will increase by at least 17%.

It is true that as a veteran, your transition into civilian life after your military services is going to be hard. Joining the trucking industry is one way to make your transition easier. Of course, there are many other career paths you can choose from. And just like any industry, the trucking industry has its challenges, but it is one of the few industries working hard to overcome them.

A job in the trucking industry will make you feel closer to your previous career. As a truck driver, you will get to use your great work ethic, your skills, and your experience to keep serving your community.

If you are a military veteran and you have a CDL license or willing to obtain one, you can apply for a job in the trucking industry. As a plus, you will need less time to train and start earning a decent salary.  Also, check these trucking company websites for more information on how to get a truck driving job:

How can the trucking industry attract more veterans?

The government should not only continue supporting the veterans but keep looking for new ways to improve its support to make veterans’ transition into civilian life easier. The veterans have made great sacrifices for their country and deserve recognition and appreciation from our government. By helping veterans, the government not only invests in their future but also in the future of the whole country.